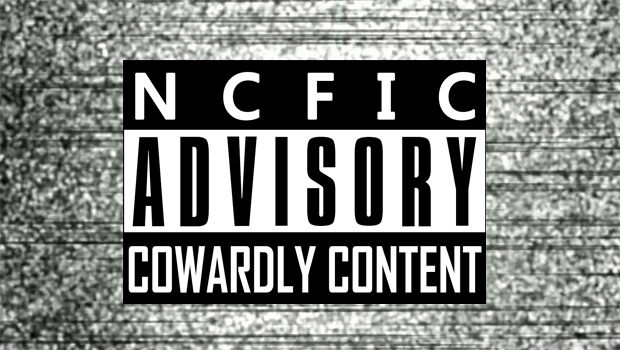 …it was Geoff Botkin who sent the turntables scratching into a death spiral that reverberated around the Internet.

While everyone was giving thanks for their blessings last week, some Christian brothers were not so thankful for the popular music movement of rap and hip-hop on within the ranks of Christian music.  For those of you who missed it, the National Coalition for Family-Integrated Churches (ncfic.org) recently held a “Worship of God” conference.  During a Q&A session, the question was posed to the panel, “Any thoughts on reformed rap artists? … Their musical styles would be considered offensive to some, but the doctrine within the songs is sound.”

What followed was what seemed to be open-season on reformed rap artists and their music.  The panel members each made their case, but it was Geoff Botkin who sent the turntables scratching into a death spiral that reverberated around the Internet.  You’ll hear/see it around the 6:00 mark of the video below:

Now, as you can imagine, this did not sit well with many, myself included.

***FULL DISCLOSURE***
During my jr. high and high school days I was a sellout for such artists as RUN-DMC, The Beastie Boys, Kool Moe Dee, and others.  I couldn’t get enough of their lyrical genius and beats.  So for full disclosure, yes, I do enjoy some rap music (not the violent garbage most play today).  Honestly artists like Shai Linne and IV Conerly have resurrected my love for the genre.  But I digress…
***FULL DISCLOSURE***

I have a great love for the NCFIC and the work that they do.  They address many areas of the church that have fallen victim to Western Christianity in an attempt to reform it.  However, they are not above or beyond error.  This just goes to show that despite one’s education and time walking with the Lord, we are all human and not perfect and susceptible to mistakes throughout our lives.

The response to the NCFIC panel’s view has been and continues to be overwhelming.  Many of equal or better reformed roots have come to support reformed rap and rightfully so.  So much in fact that it prompted apologies from the NCFIC panelist who made the remark Geoff Botkin. His apology reads:

“I need to apologize for the unintended offense and confusion of my comments on disobedient cowardice. I certainly do not believe that all of today’s Christian rappers are cowardly. My most sincere apologies go to anyone out there who was hurt by my strong language. While I do hold concerns about the use and misuse of rap, my words were not directed at any particular artist. My greater concern is for the broad cultural conformity and compromise that is not limited to reformed rap.”  Geoff Botkin

I appreciated the effort but thought that apology was more lip service than repentance.  To vague and not remorseful enough for the harsh words that were unnecessarily used.

Now, as I mentioned, I love most of the work the NCFIC does.  And to be fair, we need to consider their side as well.  And when we look at the entire conference and understand that this was not just a one-off attack on reformed rap music, the clouds begin to clear a bit.  What was missing was the CONTEXT in which the question was given and then answered.  And so, NCFIC Director Scott Brown offers yet another apology with a much needed explanation.  His apology in part (read full apology here) reads:

The very question itself lacked clarity and nuance which opened the door to the misrepresentations common to the broad brush. In framing the question, I failed to distinguish between the use of music in worship compared to simply listening to music. We failed to distinguish between the various expressions of the artists. I failed to correct a panelist who made an unsavory comment. Panel discussions, off the cuff are useful for certain things, but to use a surprise question to a panel to engage a broader audience on such a complex controversial topic as musical genres they may not have been knowledgeable of was unwise… Please forgive me.

This just goes to show that despite one’s education and time walking with the Lord, we are all human and not perfect and susceptible to mistakes throughout our lives.

That humbleness and willingness to confess and ask for forgiveness is what makes the NCFIC a solid organization that I will continue to glean knowledge from.

Among all the responses, I believe SBTS President Albert Mohler offers the best response withing the Biblical parameters from which we all must operate.  Read it in its entirety here.  From his response…

The good, the beautiful, and the true are to be combined to the greatest extent possible in every Christian endeavor, rap included. I have no idea how to evaluate any given rap musical expression, but rappers know. I do know how to evaluate the words, and when the words are saturated with the Gospel and biblical truth that is a wonderful thing.

Perhaps a reading of the book Does God Listen to Rap would help those in opposition to reformed rap music see beyond their noses and the good work that it can accomplish through the likes of Lecrae, Shai Linne, and my favorite IV Conerly.