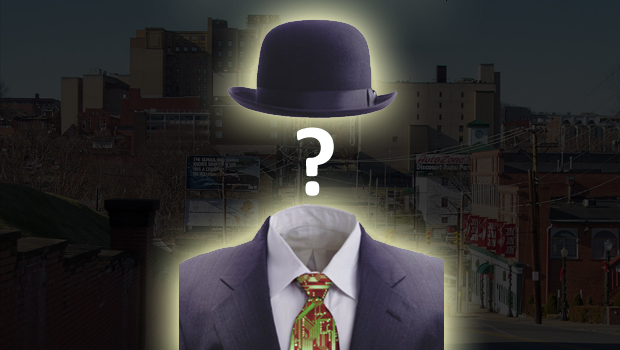 Though the Bible clearly teaches that Jesus Christ is the only way to eternal life (John 14:6), Christians sadly forget and go along with culture not wanting to make a scene.

In an attempt to join a nationwide initiative, Clarksburg City Council (located in Harrison County) may have simply muddied the waters and contributed to the ever-popular, growing thought of religious pluralism.  Simply put, religious pluralism teaches that different religions are all true, despite the fact that they contradict each other.

In a society conditioned to be politically correct at every turn, religious pluralism has become common thought even among Christians.  Though the Bible clearly teaches that Jesus Christ is the only way to eternal life (John 14:6), Christians sadly forget it and go along with culture not wanting to make a scene.

So how did we get here?  Let’s take some of Clarksburg City Council’s remarks into consideration, with emphasis added…

“displaying ‘In God We Trust’ doesn’t favor one religion over another or denigrate other faiths… It says we look toward God or a supreme being for guidance” – Vice Mayor Gary Bowden (The Exponent Telegram, Dec. 2, 2013)

In reaching out via email to Councilman Jim Malfregeot, he stated that, “In God we Trust is for your religion or any one’s religion for the God they Trust.”

So which is it? Is the God of the Bible the only way?

Was Jesus, the perfect, holy, righteous, sinless Savior wrong in His assertion that He was the only way in John 14:6?

What well-intending folks like Clarksburg City Council forget is that we can’t have it both ways.  Jesus did not stutter.  And the aforementioned remarks have absolutely no merit whatsoever if we consider the statement “In God We Trust” by its original intent.

To understand the council’s predicament of trying to appease everyone, we must look to the history of the phrase and its original intent.  What we find is an undeniable truth that this phrase was in fact referencing the God of the Bible. Its intent was not some politically correct appeal to appease false religions.

In 1861, Baptist pastor Rev. Mark R. Watkinson wrote to the Secretary of the U.S. Treasury, Salmon P. Chase, proposing that a motto giving recognition to the Almighty God be placed on the coins of our country.  He wrote:

“One fact touching our currency has hitherto been seriously overlooked.  I mean the recognition of the Almighty God in some form on our coins.  What if our republic were now shattered beyond reconstruction?  Would not the antiquaries of succeeding centuries rightly reason from our past that we were a heathen nation?”

This in turn led Secretary Chase to instruct the Director of the Mint at Philadelphia, James Pollock, to prepare the motto in a letter dated November 20, 1861.  His instruction read:

Dear Sir: No nation can be strong except in the strength of God, or safe except in His defense. The trust of our people in God should be declared on our national coins. You will cause a device to be prepared without unnecessary delay with a motto expressing in the fewest and tersest words possible this national recognition.

As history clearly shows, this motto has its origins with obvious Christian connotations pointing toward the God of the Bible.  Rightly understood, it forces the hand of the council to take a side.  Sure they can ride the fence to appease the masses and not offend.  Yet the well-read Christian with a firm grip on the Gospel of Christ will by no means be oblivious to such a pacifistic approach.

One would be justified in asking, “If you’re going to go through the trouble of passing such a thing, why not make it worth your while and do it right?”  The undeniable history of the motto is there.  The God-given knowledge of Himself is within them (Romans 1:19).  And Councilman Malfregeot ironically quoted John 14:6 in his understanding in his email response.  So what is the hurdle?  Why is the Clarksburg City Council tripping at the finish?

I believe it is best explained by the example of duplicity in cultural thinking.  Paul Washer once explained it like this…

“I can go before a group of unbelievers and declare I am a seeker of the truth.  And as soon as I do, the crowd will explode with applause and cheers.  Yet, if I follow that by declaring that I have found it, those same voices that were just commending me will turn to condemning me.” (paraphrased)

It’s one thing to stand before a holy God on Sunday morning in the safety of your church and praise and lift the name of the King of kings and Lord of lords.  Yet it is an entirely different thing to do so where it may cause you discomfort in the public eye of unregenerate man.  Granted, to win the lost to Christ we do not viciously approach them and force the God of the Bible down their throat.  Rather, we do as we’re instructed in the Great Commission (Matthew 28:19).  And God accomplishes that by the only prescribed method He’s given us, the telling of the Good News (Romans 10:17).

The truth according to God’s word simply is not compatible with the idea that all religions are right.  All roads do not lead to Rome!  You cannot acknowledge the God of the Bible and what He says about Himself through it. Such passages as John 14:6 and Isaiah 43:10;44:6; 45:5 make the idea of religious pluralism impossible.

In an attempt not to offend the public and be nice, the exact opposite is accomplished.  Folks outside of Christianity are made comfortable and complacent within a false faith of a false god with a false sense of an eternity.  For Jesus is the only way to be saved from the righteous judgment of God (Acts 4:12).  And to forget that is a huge disservice to the public in which they serve.