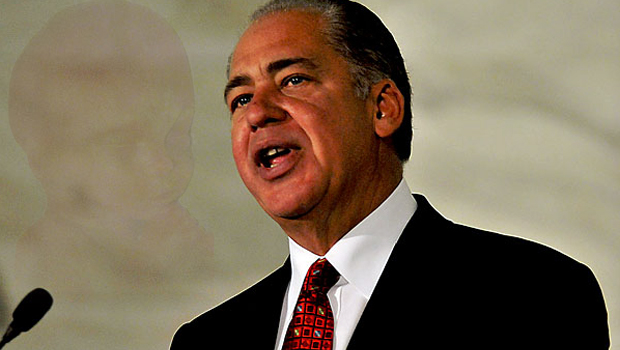 With his pen, Gov. Tomblin has not just vetoed some bill.  Rather he has signed the death warrant of countless babies, as they can now continue to be slaughtered up until the moment of live birth.

Tonight will be remembered as a sad evening for the state of West Virginia.  For it was this evening that Gov. Earl Ray Tomblin vetoed HB 4588.  House Bill 4588 would have banned abortions after 20 weeks of pregnancy.  With his pen, Gov. Tomblin has not just vetoed some bill.  Rather he has signed the death warrant of countless babies, as they can now continue to be slaughtered up until the moment of live birth.

As if signing this death warrant of innocent children wasn’t enough, Gov. Tomblin signed it as the West Virginians for Life were hosting their pro-life fundraising Rose Dinner.  Talk about rubbing salt in the wound…

It is this very real example that we see the need for the Gospel of Christ more than ever.  For to communicate the Gospel would actually change a person’s heart (Romans 1:16).  Tragic moments like tonight’s showcase what happens when Christians fall into the “if we can just get the right [politician, actor, etc.] on board, we could change the world…”  As Tony Miano points out, “Most unsaved “churched” people are already comfortable in a church-initiated or self-induced works-righteousness system of theology and practice.”1

The solution is for the Body of Christ to be more vigilant than ever in taking up the call to the Great Commission (Matthew 28:19-20).  That is why the only anointed method to convert the lost that God gives us is the telling of the Gospel of Christ (Romans 10:17). It’s not a method accomplished through a campaign, band, song, festival, aisle walked, hand-raised, or formulaic “sinner’s prayer” prayed!  The power unto salvation is only through the spreading of the Gospel of Christ (Romans 1:16)!

Governor Tomblin has miscarried the power that God allowed him to inherit as Governor (Romans 13:1).  He has taken a position aligned with the Enemy as opposed to God.  When considering the attributes of the Enemy vs. God, we can see who Governor Tomblin has aligned himself with based on his actions.  But don’t take my word for it, see for yourself:

God is NOT a Liar – a Liar tells a mother that it will fix a problem and be simple, no one will know

Governor Earl Ray Tomblin by vetoing HB 4588 which side have you aligned yourself with? Please Governor – repent, or else spell your name correctly to reflect the values (or lack thereof) for which you stand.  Something like “Governor Earl Ray TOMBlin” would be pretty accurate.

1 Abortion Abolition is Not the Gospel, Gospel Spam, http://gospelspam.com/abortion-abolition-is-not-the-gospel/