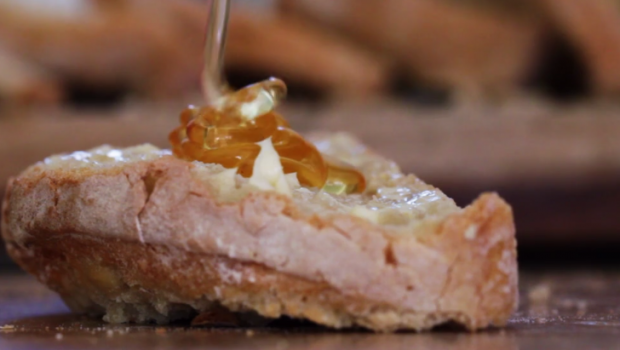 Summer is quickly approaching and because it is, we all are making our metaphorical (or literal in some cases) lists of things we would like to accomplish.  Yes, all of us from the teenage girl rigorously trying to get into the new bathing suit by the time she heads to the beach next week to the middle aged dad trying to get everything in the garage priced for the community yard sale two weekends away.  It seems that this is the time of year for “To Do” Lists and The Home Depot makes a lot of money helping us turn them into “Done” Lists.

With so many things on our plate that we would like to see finished, we inevitably must face the grim reality of prioritization.  There are only 24 hours in a day and you can only accomplish so much, ergo the most important things must be put on the top of the list.  For some it’s getting the base tan before heading to the Caribbean.  For others it’s getting the brush cleared in the backyard so a firepit can be put in.  And yet for others it’s to spend copious amounts of time at the gym repeatedly picking up heavy things so that eventually…they can pick up heavier things.  Just kidding.  I have no idea why they spend that much time in the gym.

We naturally put things in an order of importance.  Possibly for a variety of reasons.  It’s inescapable that this phenomenon will occur.  Could be purely preferential (I like X more than Y).  Could be a means to an end (I want Y and even though I don’t want to, I’ll do X in order to get it).  Could be any number of other scenarios.  It seems to me, however, that it usually boils down to these two or a slight variation of these two.

Let these thoughts dangle over here for a second.  I’ll come back to them.

I was teaching my 11th grade class a few weeks ago and as the year was winding down and we came to the end of the Pauline Epistles, a certain passage from 1st Timothy 4 caught my attention in a way it never had before.  The passage reads, in context,:

“Have nothing to do with irreverent, silly myths. Rather train yourself for godliness; for while bodily training is of some value, godliness is of value in every way, as it holds promise for the present life and also for the life to come. The saying is trustworthy and deserving of full acceptance. For to this end we toil and strive, because we have our hope set on the living God, who is the Savior of all people, especially of those who believe.”
1 Tim. 4:7-10

Now, maybe it has already caught your attention, but for those of us who went to public school, let me bring it to the surface.  It’s verse 8.

“for while bodily training is of some value, godliness is of value in every way, as it holds promise for the present life and also for the life to come.”
1 Tim. 4:8

It’s quite possible that I’m the slow one here, because I have read all the letters of Paul including his correspondence with Timothy countless times without really catching this.  Paul is writing to a young pastor in Ephesus about physical fitness of all things.  I guess in my mind, Paul talking about calisthenics and weight training is on par with him talking about space aliens or the CIA cover up of the JFK assassination.  But, I could just be revealing my own naïveté.  To be fair, Paul does talk about running races quite a bit in his letters and this wouldn’t have been something foreign to his hearers.  (Sidebar: If you have time, Ray VanderLaan has an incredible teaching on this.  You can find it here.)  Maybe what’s most interesting about what Paul has to say is how little humanity has changed after all these years.  Sleeping At Last, a band I listen to quite a bit, has an interesting and pertinent lyric.  It says:

“They say this place has changed,But strip away all of the technologyAnd you will seeThat we all are huntersHunting for something
that will make us okay”

The same problems that plagued us back then are plaguing us now.  We just have different words for it or ways to mask it.  But it’s all the same story.

You see, as Christians, as Americans, as people who are a part of the human race (pun intended), we are proficient at forgetting key aspects of this tiny truth that Paul has slipped in this letter to his disciple.  It seems that we Christians are tipping one way or the other, both to our detriment, and we, like Timothy need to be reminded of these quite simple facts.

The first tipping point is obvious.  Christians don’t have a reputation as the healthiest bunch.  I don’t know about you, but I have the image of an overweight, white Baptist pastor in a suit that’s too small, sweating far too much while eating a chicken wing at the potluck in the church basement.  See, many of us Christians have forgotten the first part of Paul’s truth.  “[B]odily training is of some value…”  I think we all know this deep down, but funnel cakes are really good and not running is really fun.  And really…how high on the priority list is this for us?  We have lots of other things to do and they may be noble things.  They may be godly things.  But don’t forget Paul.  “Getting off your butt and getting your heartrate up and watching what you eat is important,” (The Message Translation).  In my mind, this is a key that pastors and fathers need to pick up on yesterday.  Ever wondered why the airline tells you to put on your oxygen mask first instead of putting your kid’s on first?  It’s because you need to be coherent to help your kids.  Pastors.  Dads.  Put on your oxygen mask.  We need you in our churches.  We need you in our families.  Prioritize your health.

The other predilection that is becoming increasingly popular (and yet has always been the most popular) is to change Paul’s wording.  “[W]hile godliness is of some value, bodily training is of value in every way…”  The current zeitgeist, even in the Christian world, is to invert Paul’s words (as I have done), but at various times throughout history and even currently you could substitute “bodily training” for any number of other noble sounding pursuits that get in the way of our pursuit of holiness.  The daisies on the side of the path aren’t evil and enjoying them isn’t sinful.  Stopping to smell them can even be considered an act of worship.  But when you end up knee deep in a field of daisies or T.U.L.I.P.s with no sign of the path around you, there is something wrong.  One of the signs that we have inverted Paul’s truth is when our “bodily training” takes all of our time, energy, love, dedication, motivation and godliness and holiness gets what’s left.  When you think about it, bodily training is a perfect example.  The strive and strain to be better.  The heart and sweat and passion it takes to keep going.  If we are willing to cut gluten or meat or artificial sweeteners from our diet and go through the diligence it takes to stick to a regiment like that, where is our willingness and diligence to allow the Holy Spirit to cultivate holiness and godliness in us by getting rid of sin and causing us to look more like Jesus every day.  Because what Paul says is true.  “It might matter how many miles you can run or how high you can jump or how much you can bench or squat now, but your waist size won’t be measured on the other side of eternity.  Godliness is more important than everything because it matters on this side and that side,” (The Message Translation, again). Prioritize your holiness.

We all only have as much time as there is.