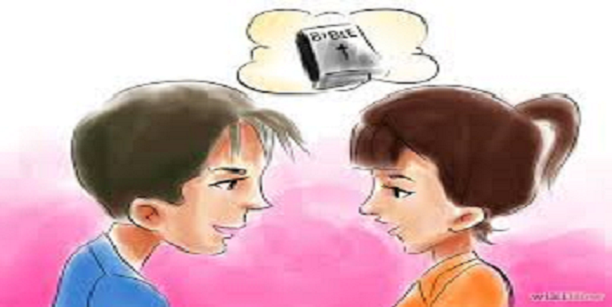 A: I can’t wait until the entire country gets with the program and legalizes homosexual marriage, can you?

B: Actually, I can. I’m praying that doesn’t happen.

A: Oh, because you’re a Christian, right? I really hate how homophobic you Christians are!

A: Besides, doesn’t your Bible say to love everyone and not to judge them?

B: You mean like how you judged me by calling me homophobic?

B: First of all, I don’t have a “phobia” about homosexuals. I don’t fear them or feel anxious around them at all.  In fact, I have homosexual friends.

B: Secondly, the Bible does say to love everyone in Mark 12:31 and many other places.  And, people who love one another look out for each other, right?  Then, shouldn’t I attempt to help others when I see them doing something wrong?

A: Wrong?  There you go, judging again.

B: Well, Jesus didn’t really tell us not to judge others.  He said to not judge hypocritically, Matthew 7:1.

B: Jesus never spoke on pedophilia and bestiality either.  By that same logic, those things are ok too, then, right?

B: Look, Jesus did speak on homosexuality.  In Matthew 19:4-6, He speaks on what the proper joining of two people should be.

B: And in John 16:12-13, He said that many more teachings from Him would come through the Holy Spirit after He was gone.  Therefore, other scriptures that speak against homosexuality, such as Romans 1:27, 1 Corinthians 6:9-10 and 1 Timothy 1:9-10 are also Christ’s words.

B: So, you see, when I say I am against homosexual marriage, it is not because I love pointing out people’s wrongs, it’s because I love my fellow brothers and sisters enough to not want to see them continue in a lifestyle that will keep them separated from God, who loves them as well.