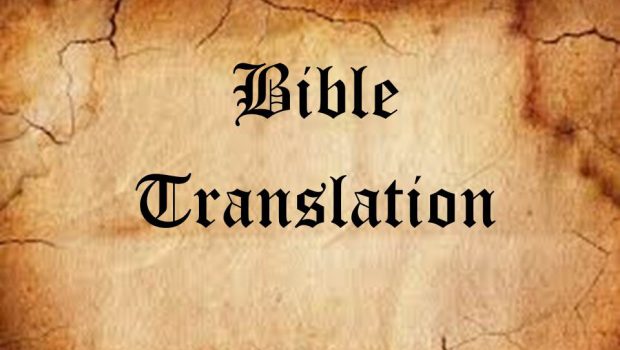 The subject of Bible translation, like many theological and ministerial issues, is contentious. Many people are only familiar with those who advocate the King James Version alone versus the New International Version. However, the issue is not that simple. There are people who support the KJV but who are most definitely not KJV only. Aside from that, the NIV is certainly NOT the only alternative to the KJV. Today there is the NKJV, ESV, HCSB, NASB, NLT, and dozens of other alternatives.

Given the great diversity among Bible translations, many people have given themselves over to agnosticism. It is simply impossible to decide on one translation over another, and as a result people choose almost exclusively on personal preference. This is unfortunate, because the Bible is our only final authority in all matters of faith and practice. If we choose a bad translation, we may hamper our own spiritual development and impede the work of the Holy Spirit in illuminating the Scriptures to us. The choice of a Bible translation is, then, one of the most important decisions we can make in our Christian life.

My intention in this article is to demystify the issue of Bible translation, so that all Christians can make an informed decision in choosing a Bible translation. You should not be in the dark regarding the one book that can light our path.

We begin with two important theological statements, and these are the foundation for choosing a Bible translation. First, we believe in verbal plenary inspiration (Luke 16:17, 2 Timothy 3:16-17). What this means is that we believe the Bible originates with God, and comes from God. To say the Bible is inspired is to say it is God speaking. To say there is verbal plenary inspiration is to say the entire Bible, down to the very word, is inspired. God did not merely inspire ideas or concepts, but the actual words used to convey those ideas and concepts. God so worked through human authors that every single word recorded in all of Scripture is exactly the word God intended it to be. Because the Bible is God’s Word, and God cannot lie (Titus 1:2, Hebrews 6:18), we also hold that the Bible is without error in its original writing, when properly understood.

Because we do not have the original writings of the Bible, some might fear we lack access to the genuine Scriptures. We may have an inspired and inerrant book, but what good is it if we don’t have access to that book presently? This is where the second theological foundation comes into play: God providentially preserved Scripture (Matthew 24:35). God gave us His Word, and He has preserved His Word over human history. We know this is the case theologically because of God’s character. We know it is the case historically because of the vast manuscript traditions we have. We are assured not simply that God has given us the Bible, but that He has taken care to ensure the Bible we have access to now is the same one He originally gave.

The doctrine of verbal plenary inspiration relates directly to the issue of translation. There are two main translation theories, and every translation falls on a spectrum that is closer to one of these theories or the other (with most translations somewhere between the two to varying degrees):
1.  Formal Equivalence Translation:  The word is the basic unit of translation, and we should preserve the actual words and grammatical form of Scripture as much as possible in translation. Translations using formal equivalence include the KJV, NKJV, ESV, NRSV, and NASB.
2.  Dynamic Equivalence Translation:  The proposition or idea is the basic unit of translation, and we should make words and grammatical form conform to the receptor language and its customs as much as possible. Translations using dynamic equivalence include the NIV, NLT, NCV, and CEV.

As noted, no translation perfectly falls into one philosophy or the other, no translation is perfect. One newer translation, the Holman Christian Standard Bible (HCSB) uses what it calls optimal equivalence, a moderate philosophy between the above two. On this theory, it is preferable to preserve the form of the text in every case except when understandability requires some change. In such cases, the HCSB makes the literal translation available through a footnote. Having read the HCSB extensively, we might say it is in between the ESV and the NIV.

The other mark that distinguishes translations from one another is the manuscript tradition it is based on. As noted, God has providentially preserved Scripture through manuscripts. We have over 5,800 Greek manuscripts of the New Testament, to say nothing of Latin manuscripts, Old Testament manuscripts, and so forth.

Given this abundance of manuscripts, scholars translating the New Testament must choose between different traditions of manuscripts (there is broad agreement on the Old Testament). One such tradition is the Majority Text, so called because most Greek manuscripts (85 to 90% or so) belong to this tradition. The other is the Modern Critical Text, so called because it has only been used since the late 1800s, and is composed of fewer (but older) manuscripts than those belonging to the Majority Text. The Modern Critical Text is the result of modern textual criticism.

Since the 1880s, every English translation of the Bible has been based on the Modern Critical Text (MCT), with the exception of the NKJV which is based on the Majority Text (to which the Textus Receptus belongs). Thus, the NIV, ESV, and HCSB, while using different translation philosophies, come from the same manuscript tradition. And the KJV and ESV, while using the same translation philosophy, come from different manuscript traditions.

To be completely honest, my convictions here are not strong enough to vigorously exhort you to use one manuscript tradition over the other. I am inclined to think that God’s providential preservation of the text of Scripture comes via both manuscript traditions, not simply one or the other. My personal opinion, which must not be taken dogmatically, is that the Majority Text may have a closer claim to the original text of the New Testament than the MCT.

Some of you may have noticed that I recommended the NIV (1984 or earlier) in the above paragraph. I must explain this qualification. All NIV Bibles use a dynamic equivalence theory of translation. In 2011, the NIV underwent revision, where previously it had not used gender-neutral language (for instance, translating the term “brothers” as ‘brothers and sisters” in reference to the church), the new 2011 version does so.

Because I believe in verbal plenary inspiration, that God inspired the very words of Scripture, and because it is indisputable that God inspired the use of the word brothers generically in places such as greetings in the Epistles, my conviction is that we should translate that word as “brothers” meant generically. We have no right or authority to add a word to achieve gender-neutrality where God Himself made no such effort. It is only because of the influence of modern feminism that we object to reading the term “brothers” generically, and Scripture stands in judgment on our culture in this regard. Our culture is not now, nor will it ever be, the judge of Scripture. Our translations should not add words to the Bible simply because of cultural pressure.