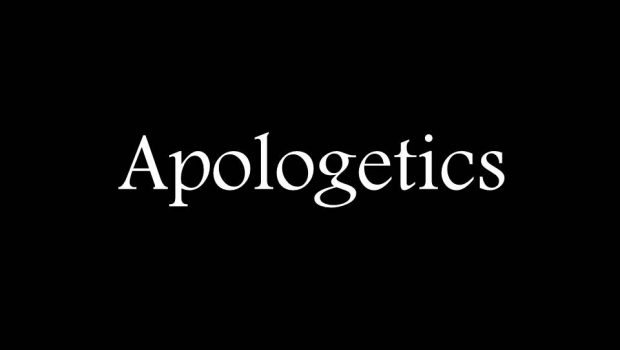 Many people in the past have asked me “should I get a degree in apologetics?” Consequently, I have been thinking about some of the advice against degrees in apologetics, notably a post by Max Andrews here, and one by Glenn Peoples here. Being that I am pursuing exactly such a degree, I think it is worthwhile to consider their points. Apologetics degrees are becoming something of a craze among Christian colleges and seminaries, and this is a discussion we need to have.

The thrust of Andrews and Peoples argument seems to be this: If you want to be an apologist, you should choose one specific discipline and focus on it. If you want to be a serious scholar their advice here is certainly good and sound, and if you have any aspiration of being a professor I can hardly overemphasize taking their advice very seriously. If you want to teach philosophy, you will need a PhD in philosophy. The same goes for one of the sciences, or biblical studies, or what have you. I do not dispute even for a moment that this more traditional route is still the best route for anyone called to scholarship and the professorship.

Yet there are possibilities here that are not given much consideration in their respective critiques of pursuing apologetics degrees. The first is that the person pursuing a degree in apologetics doesn’t aspire to be a scholar or to teach at the collegiate level. That is, there are good reasons to pursue a degree in apologetics that do not entail being a scholar on the level of Alvin Plantinga, Gary Habermas, or William Lane Craig.

In pursuing any degree, we should align our education with our goals, and our goals should be informed by our calling. For the person called to teach at the university, they obviously should pursue one specific discipline and earn a PhD (or the equivalent terminal degree) in that field. I have no argument against that. However, not everyone is called to do that, and so we should not become ensnared into thinking this is the only possible route for apologists.

Let me give some concrete examples. First, there is the local pastor. Let us suppose a local pastor may have only taken one class (if that) in apologetics during his time in Bible college and seminary. Yet this pastor now finds he needs to be able to address issues of apologetics in a way that one class does not prepare him for. And being a pastor, he is faced with handling objections from popular culture spanning from congregants troubled by The Da Vinci Code to a neighbor who is an ardent disciple of the New Atheists. Now, some of the better seminary programs may have equipped him to handle all of this. But in my experience many pastors, even those with MDivs, are not equipped to handle such objections, at least not coming from so many angles.

Must this pastor pursue a whole degree in apologetics? No, there’s no necessity here. One can learn apologetics without pursuing a degree in it. But the case can also be made that one will learn apologetics much better by following a structured approach to studying it. Thus, for this pastor, an apologetics degree could be a very worthwhile endeavor. Andrews and Peoples advice, while very good for an aspiring scholar, would not be as good for a pastor in the situation I have described.

Another possibility could be an established professor. Let us suppose we have some Christian professors with PhDs in biology, accounting, history, and sociology. These professors, desiring to be good witnesses in their academic context, want to know how to defend the faith reasonably well, but their respective disciplines taught them basically nothing about apologetics. As before, they could undertake studying apologetics on their own, and for many that will be quite sufficient. Yet the other possibility, which would have to be weighed in regard to time and professional and family commitments, would be seeking a degree in apologetics.

While these individuals are already experts in their chosen fields, in the larger academic community they would need to be conversant with many other disciplines. A scientist would need some understanding of philosophy, a philosopher some understanding of biblical studies, a sociologist some understanding of theology, and so on. No degree would equip such individuals as well as an apologetics degree. Would it help their academic standing? No, not really. These people are already professors with terminal degrees. But it would help them be more effective witnesses for the Gospel, and that alone is a sufficient reason for undertaking almost any task.

For another example, let us consider those in lay ministry. I assume many of these individuals have at least undergraduate degrees in some discipline not related to theology or biblical studies. Many of these individuals will also serve as directors of education for their local church, or as Sunday school teachers, or as small group leaders. While there are many degrees available for such individuals, I don’t think apologetics should be excluded from consideration.

Because I feel like a Puritan today, allow me to give one last example of the usefulness of an apologetics degree. We have mentioned scholars, such as Alvin Plantinga and Gary Habermas. We could mention many more, such as Cornelius Van Til, Greg Bahnsen, John Frame, Norman Geisler, J.P. Moreland, Ed Feser, Douglas Groothuis, and so on. We have also mentioned lay people and congregations. What many people fail to realize is that many lay people will never pick up a book by Plantinga or Van Til, even though they could benefit from their arguments. And this affords an opportunity for what I will call the translator, or perhaps more appropriately the local apologist. If we want the majority of the laity to be exposed to the work of serious scholars in apologetics, we need a small army of local apologists who will translate the work of serious scholars into a form that is useful for the laity. Who is qualified for such work? Pastors, in some cases, as well as those who hold graduate degrees in apologetics.

There is one final point Peoples addresses (Andrews touches on it less directly), and I would be remiss to ignore it. Peoples emphasizes that apologetics is an art and skill. It is not a strict body of knowledge, per se. It is interdisciplinary in its essence. Thus, wouldn’t an apologist be better served by learning one discipline well and developing the skill through practice? Perhaps so. But skills, just like knowledge, can be taught. And ideally, those who earn degrees in apologetics will be competent in both their skills and their knowledge.

Beyond this, however, I think the interdisciplinary nature of apologetics offers a useful corrective to a certain risk we presently face. Our academic context demands a great deal of specialization, and this in turn has resulted in segmentation. We no longer see various disciplines as related to one another. The very idea of a university, originally, was that there was unity amidst all the diverse disciplines that were taught. This unity came in the form of an overarching worldview which was evident in all of the disciplines.

Today, however, we lack that. It is increasingly difficult to see how business has anything at all to do with philosophy. In the worst cases, this has virtually led to logical positivism and scientism. Many people believe that what cannot be reduced to science is merely opinion (at best). Yet here stands the apologist, asserting that all knowledge is held together in Christ. Here stands the apologist, asserting that science rests on philosophical assumptions and that Christianity is reasonable in light of those same assumptions. Here stands the apologist, using the best philosophical arguments in one instance, and seamlessly moving to the best historical arguments in the next. In this setting, those who study apologetics offer a necessary foil to the increasing segmentation of knowledge and compartmentalization of life itself.

Far from being a weakness, being conversant across multiple disciplines is one of the great strengths of apologetics. Our world needs people who can weave together multiple stands of knowledge from various disciplines and create a cohesive picture of the whole thing. Modern people read about artificial intelligence, about abortion, and about gay marriage, and they are convinced these are three completely separate and distinct issues. Then comes the local apologist, showing how all these issues really have certain identical presuppositions at their core (namely, a very flexible view of individual identity). I believe, in addition to our specialized scholars, we need such generalists who are able to point out overarching patterns in a world blurred by particulars.

In conclusion, I am quite ready to admit that not everyone should get a degree in apologetics. Yet for many people, such a degree will prove extremely useful. And for some, it will even be the ideal means for pursuing your calling. As with any degree, we need to weigh the advantages and disadvantages. Yet, the fact that an apologetics degree is not tailored to helping one earn a PhD does not mean that it is not tailored to helping one do a great many other things which constitute worthy work in advancing the Kingdom of God.