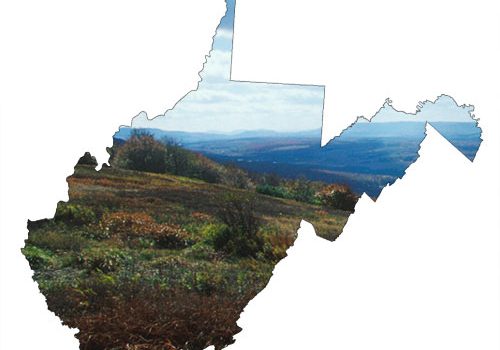 The other night, I attended a “good old-fashioned barn-burning revival” at a local Baptist church with my father-in-law. It’s been a while since I’ve attended one since I became Presbyterian a while ago.

It was your typical run of the mill Baptist revivals, if you’ve ever been to one. Not much has changed:

To be honest, as I reflect back on the evening and the actual content of the “revival”, I find myself sorely disappointed.

Why? You may ask. Isn’t revival something that the church needs?

To be frank, I am disappointed when I reflect on the state of the church in West Virginia, especially in regards to preaching. There is a certain lack of theological depth and clarity missing, and unfortunately it is the norm in most churches in West Virginia.

The revival I attended was no exception. As I sat in the pew with my father-in-law, I found myself aghast at the “gospel” preaching that those around me were cheering and ecstatic to hear. As I followed this preachers message, he said one thing that stuck with me.

His concluding words were: “I like that good old-fashioned 1611 King James Bible.”

And, then the crowd went wild and applauded the preacher. There was no mention of Jesus, His cross, the shedding of blood, believing in the death, burial, and resurrection for the forgiveness of sins, repentance. Nothing. Na-da.

Not once in the entire sermon. Sure, he said the name of Jesus a few times here and there, but the precious content of the gospel was absent, and unfortunately, this is a reflection of the state of the church in West Virginia for the most part (Just ask PCA Pastor Dennis Bills). Our state is too busy being concerned about the King James Bible, altar calls, free-will theology, hellfire and brimstone hacking preaching, and red back hymnals to be concerned about the precious gospel being present in her sermons.

Now, don’t get me wrong. There are some faithful, Reformed churches beginning to sprout up throughout the state, and I by no means want to undercut what God is doing in our state by any means. The Lord is in the process of making His known known throughout the mountains of West Virginia so that His people will not only worship Him in spirit, but also in truth. But, we still have a long way to go. There are years worth of revivalism and free-will theology to overcome, but the Lord is faithful.

Before we can ever have actual, true “revival” in the state of West Virginia, and before “Mountaineers” can ever truly become free, as our state motto implies, we must have the actual Gospel here in the Mountain State. The Gospel is for West Virginia.