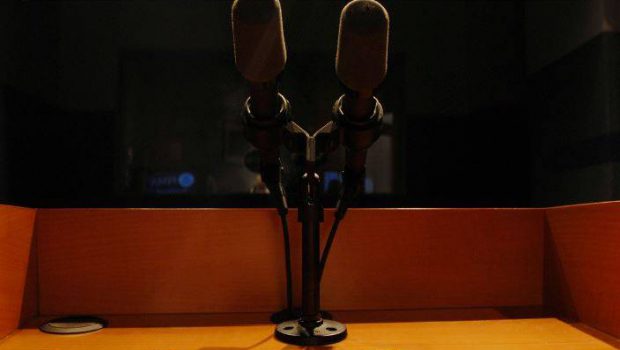 The following is my opening statement for the forthcoming book Cease or Persist? Does Prophecy Continue in the Present Age?. The book will be available on Amazon on Friday, May 6th, 2016. Make sure to read Seth’s opening statement here.

The question of whether prophecy continues to the present age is an important one. At stake is nothing less than our fidelity to Scripture. If prophecy continues into the present day, and we forbid it, we harden ourselves to the work of the Holy Spirit. If prophecy has not continued, but we think it has, we make ourselves susceptible to false teachings and diverse abuses. In either case, we need to make fidelity to God, through His revelation in Scripture, our highest priority.

Let me state, unequivocally, that I believe the Bible is complete. The Canon is closed. There is nothing to be added to the Bible. If my position leads anyone to the conviction that the Bible must remain open to additions or changes, then I want you to disregard my position. If what I say leads you to believe that modern day prophecy is equal to Scripture, then disbelieve what I say and pay no attention to my arguments. The Bible is a complete book, inspired, inerrant, and infallible. It is sufficient as it is, and our final authority in all matters of faith and practice. Anyone who claims to be receiving revelation equal to Scripture in our day must be regarded as a false prophet.

With that said, let us move to defining our terms lest we engage in a merely verbal dispute. First, Old Covenant prophecy, in order to be genuine, had to be infallible (see Deuteronomy 18:20-22) as well as to promote serving the only true God (see Deuteronomy 13:1-5). Many Old Covenant era prophets wrote books which are now Scripture, such as Isaiah, Jeremiah, and Daniel (among many others). By “Old Covenant” I mean those prophets who lived and ministered prior to the death and resurrection of Jesus Christ. John the Baptist, despite being recorded in the New Testament, was an Old Covenant era prophet.

We also mention New Covenant prophecy, those prophets who lived and ministered following the death and resurrection of Jesus Christ. Interestingly, in the New Covenant era, it is generally not prophets who write Scripture but apostles or their associates who write Scripture. In fact, the evidence leads to the conclusion that every New Testament book was authored by an apostle or an associate of an apostle. Apostles like John could also be prophets, but they need not necessarily be prophets.

What is a prophet then? In the broadest sense, a prophet is someone who speaks for God. Biblical prophecy is often associated with telling the future. That certainly did happen. However, most biblical prophecy is marked by forthtelling more than foretelling. That is, the prophets most often rebuked people for sin and called them to repentance (forthtelling); they foretold the future as well, often in a message embedded in the forthtelling (see Isaiah, Jeremiah, or Ezekiel).

Speaking for God is a necessary condition for prophecy. Because God cannot make a mistake, and an Old Covenant mark of prophecy is infallibility, cessationists argue all prophecy must be infallible and therefore equal to Scripture. However, there is a hidden premise here which must be exposed for us to make any progress in this debate and not merely repeat the debates of the past.

Given the fact that Scripture is complete, the cessationist argues that there is no modern prophecy. Those who believe prophecy has continued (creatively called “continuationists”) most often seek to avoid this conclusion by questioning the first premise and arguing that New Covenant era prophecy is not infallible. While I think there is some merit to that approach, it is not how I will argue. Instead, I want to challenge the second premise, which is often a hidden assumption. I will argue that infallibility alone is not a sufficient criteria for constituting something as Scripture.

I am supposed to be arguing there is a difference between Old Covenant era prophecy and New Covenant era prophecy, and this difference is what allows prophecy to continue into the present day. Let me clarify by saying the resolution must be understood generally and not universally. Generally speaking, Old Covenant prophecy resulted in Scripture (though not always); and generally the writings of the Apostles in the New Covenant resulted in Scripture (even though some apostles wrote prophetically). Because there can be no modern day apostolic writing, the giving of messages on par with Scripture is finished. Thus, the difference between the Old Covenant and the New is in the fact that the task of writing Scripture passed from prophets to apostles.

Thus, a great deal of Old Covenant era prophecy is Scripture:  Isaiah, Jeremiah, Ezekiel, Daniel, and the twelve minor prophet’s books. This all to say nothing of the likes of Moses and David. However, we know that not all prophecy from this era is Scripture, because Scripture mentions prophets whose prophecies are not recorded. We know relatively little about Nathan the prophet, who is mentioned in 2 Samuel, 1 Kings, and 1 & 2 Chronicles. When Nathan the prophet is first mentioned, in 2 Samuel 7:2, he is introduced as “Nathan the prophet.” Yet none of Nathan’s prophecies prior to this are recorded in Scripture itself. Likewise, we know scarcely anything about Jonah’s prophecies. 2 Kings 14:25 is the exception outside of the book of Jonah, and the book of Jonah itself is not primarily a recording of Jonah’s actual prophecies but a record of his own stubbornness contrasted with God’s great mercy. As a last example, consider John the Baptist. John prophesied of the coming of Jesus Christ, and Jesus Himself said no one born of women was a greater prophet than John the Baptist (Luke 7:28). Yet John the Baptist wrote no Scripture himself, and relatively little is recorded about his message. The Gospels record some samples of what John the Baptist said and taught, but by no means do they record his entire ministry.

We see the same thing in the New Covenant. We know there are prophets who prophesy, and yet the content of such prophecies do not seem to make it into Scripture. When Paul met some men in Ephesians in Acts 19 and laid hands on them, they received the Holy Spirit and prophesied (vv 5-7). Then in Acts 21:8-9, we learn that Philip the evangelist had four daughters who prophesied. Yet there is no New Testament book that records these prophecies. Scripture teaches that these people prophesied, yet also does not record the content of these prophecies. As a final example, we cannot ignore the ministry of Jesus Himself. It is indisputable that, as God, everything Jesus said during His earthly ministry was completely true. Acts 1:3 says Jesus “presented Himself alive after His suffering by many infallible proofs, being seen by them during forty days and speaking of the things pertaining to the kingdom of God” (NKJV). My question is this: Is it the case that everything Jesus said during those forty days is recorded in Scripture, or not? Clearly some of what Jesus said during that time is found in Scripture, including the Great Commission, the restoration of Peter in John 21, and the promise of the Holy Spirit in Acts 1. Yet, Luke says Jesus was making appearances and speaking about the Kingdom of God for forty days. It is inconceivable that what is recorded in Scripture about Jesus’ teaching during that time frame exhausts everything that He said. As God what Jesus said during that time was undoubtedly infallible, yet it is not exhaustively recorded in Scripture.

Even if I concede that all New Covenant prophecy is infallible while I believe that New Covenant prophecy has continued into the present day, I need fear no threat to the sufficiency of Scripture or to the fact the Canon is closed. Scripture itself gives numerous examples of genuine prophets whose messages did not always make it into Scripture. The difference between prophecy in the Old and New Covenants is precisely in who generally composed Scripture, prophets then apostles. I concede the original apostolic office has ceased, so Scripture is closed.

I imagine someone will ask why God would give an infallible message that He does not see fit to record in Scripture. To this I say I have no obligation to give an answer for why God acts the way He does. God is omnirational and omniscient. The probability that God has reasons for acting which I am unaware of or do not understand is very high. Just because I, as a finite being, do not understand why God would act a certain way does not mean that God does not have good reasons for acting that way. Why is every word Jesus ever said during His earthly ministry not recorded in Scripture, given that all of it was the very word of God? I do not know, but I do know Scripture is sufficient and that what is recorded is exactly what God intended.

Let us turn our attention now to a more practical question. If modern prophecy has continued, what is its purpose if it is not equivalent to Scripture? 1 Corinthians 12-14 gives us the answer. Prophecy, like other gifts, is given for the building up of the body of Christ. 1 Corinthians 14:3 says “he who prophesies speaks edification and exhortation and comfort to men.”[1]

As a final argument, 1 Corinthians 14:1 says “Pursue love, and desire spiritual gifts, but especially that you may prophesy.” Given that we take 1 Corinthians 13 as normative today, what evidence or indication is there that 1 Corinthians 14:1 is not normative? That is, Scripture commands us to desire spiritual gifts, but especially prophecy. If the cessationist position is true, this clear command is nullified. My position, that prophecy has continued and is not equivalent to Scripture, has far greater explanatory power in regard to this verse. The cessationist must do to this verse what advocates of pro-gay theology do to prohibitions of homosexuality. If cessationism is true this verse, along with large swaths of 1 Corinthians 12-14, must be limited only to a local congregation for a short amount of time.

The question about whether prophecy continues into the present day is ultimately about our fidelity to Scripture. In the Old Covenant, a great deal of prophecy was Scripture. In the New Covenant, the apostolic writings dominate Scripture. In neither covenant is all prophecy, even infallible prophecy, considered equivalent to Scripture. The New Testament commands us to desire the gift of prophecy. If we neglect that command without sound biblical reasons, it is not my position which is violating the sufficiency and authority of Scripture.

[1] All of my quotations from Scripture, unless otherwise noted, are from the New King James Version.