my last post, I pointed out that..." /> The Marginalization of Christianity Pt. 2 – West Virginia for the Gospel
Articles 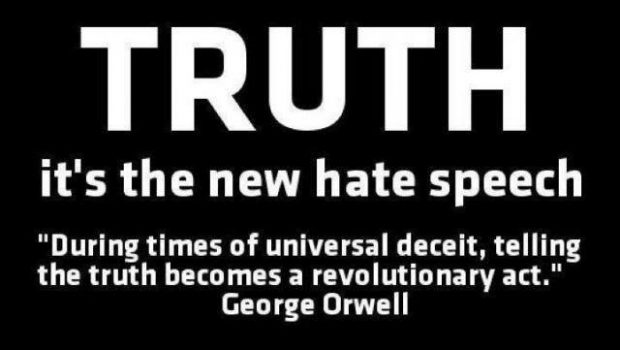 In my last post, I pointed out that Christianity is being marginalized, and that one of the primary ways this marginalization happens is through rhetorical sleight of hand and equivocation. I also pointed out that in our current culture war, we as Christians are losing and losing badly. This is largely because we do not understand the strategies and tactics the anti-Christians are using. In this post, I want to expose another strategy being used to marginalize Christianity, but first I am going to deal with an objection.

And one of the chief ways we have lost our saltiness, and allowed the anti-Christians to flank us, is in their use of arguments from authority.

A godless society depends on certain conditions:  Namely, godlessness cannot prevail when the populace as a whole is engaged in deep and serious thought about what really matters in life. Godlessness and materialism go hand in hand. For godlessness to prevail, real thought must be an inconvenience. Opinions and beliefs must be based only on a soundbite from the TV talking heads, or on a meme shared through social media. There is nothing wrong with soundbites or memes in themselves, to be clear. But there is something grossly wrong when the majority of our population formulates its opinions and beliefs solely on soundbites and memes.

Why do they do this? Because people are too busy browsing the web to have time to formulate real thoughts about genuine issues. Sure, there is a civil war in Syria, and ISIS is bad. But I have a text to send. It is terrible that the PATRIOT Act infringes on our fundamental liberties. But did you see this cute puppy video? Our society is increasingly ignorant of the fact that, as Douglas Wilson says, we value the sorts of “freedoms” you can have in a cell.

In short, keep everyone’s mind numb. Don’t encourage them to ask real questions, or to seek the truth. When an issue comes up, we’ll call in the “experts,” put them on the news for no more than five minutes, and assuage everyone’s concerns. Case closed.

What does this have to do with the culture war, and the marginalization of Christianity? I’m glad I pretended you asked. Christianity is a thinking man’s religion. Christianity is concerned with big questions, like meaning and destiny. Christianity is truth, truth about God, about humanity, and about the world. How do you get people to believe a lie and to think the truth is absurd? By numbing their mind to any genuine thought, letting the selected “experts” do the thinking for them, and getting them to believe these experts by exposure through all the right channels.

This is, ultimately, an argument from authority. It works like this:

When it comes to countless issues, people have not really thought it through. People talk about a national “debate” on gay and transgender rights. That is laughable. There is no debate at all. Debate requires arguments and rational thought, and whatever we have said on the issue of LGBT rights, it is not rational and it certainly does not qualify as anything close to “thought.” Rather, what happened is enough people repeated the same mantra enough times, the “experts” were dutifully trotted out over and over, and eventually the majority of people came to believe a certain position by osmosis. People came to believe what they believe on this issue, and many other issues, because they became convinced that is what most people believe. It boils down to illegitimate arguments from authority, beginning with some experts, and eventually reaching a majority in the population, until the majority becomes the ultimate authority.

Sadly, many Christians have given in to this way of “thinking.” Rather then looking to Scripture as the final authority, we take what the majority of our culture says and read it into Scripture. God is the only legitimate final authority, and far too many of us are convinced that appeals to God and His authority are illegitimate while appeal to a finite and fallible man or majority of men is the only final standard. We have to be alert to the anti-Christian appeal to authority, especially since they use that authority to discredit the only final authority. There cannot be two ultimate authorities. The anti-Christians understand this. It is time we Christians do as well.