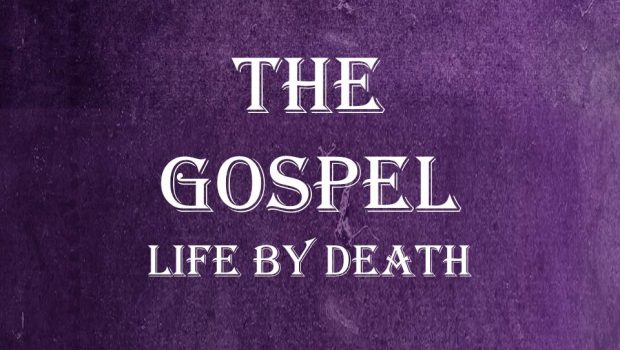 In the beginning, God created the world and everything in it, and it was good.  Destruction, disease, and disaster had no place in God’s good creation.  The world was in a state of shalom, God’s perfect order.  Humans stood in right relationship with God, bearing His unmarred image and acting as His stewards over the world.  Things were as they are supposed to be.

This may sound like a fairy tale to some, but only because it goes completely against our day to day experience.  We regularly see wars decimate nations.  Children starve in impoverished nations, while some of us have a surplus of food and might even afford to throw it away.  Husbands abuse their wives.  People mug and murder one another.  Teenagers feel so much pain, or feel so little, that they turn to self-injury as the only way to cope.  Young girls and kidnapped and sold into sexual slavery.  The evidence is very obvious:  Things are, as Cornelius Plantinga said, not the way they’re supposed to be.

But why?  If God created the world and it was good, what happened that so radically derailed that course?  The simple answer is sin.  Adam and Eve, our ancestors and representatives, bought into the lie that there was something better to be had that God was withholding from them.  They believed the father of lies over the One Who is the Way, Truth, and Life.  God offered life with Him forever, and humanity rejected God.  We chose the temporary over the eternal.  We committed the ultimate idolatry, thinking we knew better than God Himself.

All the evil we see every single day is really just the consequence of this decision.  And it was a decision we’ve all endorsed.  As much as we might want to blame Adam, and Adam wanted to blame Eve, and Eve wanted to blame the serpent, ultimately it’s a decision we all took part in.  Let’s all be perfectly honest with ourselves:  We sin.  We are sinners.  We consistently act in selfish ways, disregard God and other people in our decision making, and do the wrong thing.  Romans 3:23 says “For all have sinned and fall short of the glory of God” (HCSB).  This is not even hard to prove, just consider if you’ve ever:

If we’re honest we’ll admit our sin.  I’m a sinner.  You’re a sinner.  Mother Theresa was a sinner.  Gandhi was a sinner.  Hitler was a sinner.  We’re all sinners.  As much as we clamor “Well I think I’m fundamentally a good person,” we must admit that fundamentally good people don’t lie, cheat, steal, hate, lust, and demonstrate indifference in the face of injustice.  We demand help for the poor, even as we drink our $5.00 Starbucks coffee that could have bought a toothbrush, toothpaste, socks, or gloves for a poor person.  We get indignant at reports of child abuse, but we’re not about to open our homes to orphans.

Ultimately, our denial of our own sinful nature is just an elaborate self-deception (1 John 1:8), covered over with a thin veneer of willful ignorance, positive thinking, and social custom.  We are all sinners, and our sin is fundamentally a violation against the God who created us and offered us life with Him in His perfect shalom.  We have sinned against a holy God, and we are stuck in this wretched position apart from God’s intervention on our behalf.

Amazingly, this is exactly what God has done.  Jesus Christ,

“who, existing in the form of God,
did not consider equality with God
as something to be used for His own advantage.
Instead He emptied Himself
by assuming the form of a slave,
taking on the likeness of men.
And when He had come as a man
in His external form,
He humbled Himself by becoming obedient
to the point of death—
even to death on a cross.” (Philippians 2:6-8, HCSB)

Man had no remedy for sin apart from God so Jesus Christ, the Son of God and second person of the Trinity, became a man.  He lived the life we could never live, honoring and obeying God in every respect.  He was the only completely holy and righteous man to ever live.  And we crucified Him.  Christ was obedient even to death on a cross.

Why?  Paul says “For while we were still helpless, at the appointed moment, Christ died for the ungodly. For rarely will someone die for a just person—though for a good person perhaps someone might even dare to die. But God proves His own love for us in that while we were still sinners, Christ died for us! Much more then, since we have now been declared righteous by His blood, we will be saved through Him from wrath. For if, while we were enemies, we were reconciled to God through the death of His Son, then how much more, having been reconciled, will we be saved by His life! And not only that, but we also rejoice in God through our Lord Jesus Christ. We have now received this reconciliation through Him.” (Romans 5:6-11)

Think about that:  Jesus Christ died for the ungodly.  Jesus died for sinners.  He died for us, for those who were in open rebellion against the God of Heaven.  In sin we are enemies of God, but God punishes the sin we committed in Christ, and so we can be declared righteous and brought back into a right relationship with God.  There is remission of sins through the death, burial, and resurrection of Jesus Christ (1 Corinthians 15:1-8).  Christ was not defeated by death, but instead He resurrected, defeating death and sin (1 Corinthians 15:55-57).

In short, the Gospel is a message of life by death.  Christ died for our sins, and was resurrected.  Because of this, it is possible for us who are dead in sin to be made alive to God in Christ.  We have hope to share in the resurrection only through Christ.  The death of Christ makes it possible for us to be alive.

Friends, I plead with you not to ignore this message.  If there is any truth in what is written here, the only legitimate response is to repent of your sins and believe on the Lord Jesus Christ alone for the remission of your sins through His death, burial, and resurrection (Mark 1:15).  Confess your sins to God, turn away from them, and run to Christ.  “If you confess with your mouth, “Jesus is Lord,” and believe in your heart that God raised Him from the dead, you will be saved” (Romans 10:9, HCSB).

There is salvation from sin, from God’s wrath against sin, and from the wretched consequences of sin.  It is a free gift, we cannot earn it or deserve it.  But God offers it in His love and grace:  Repent and believe.