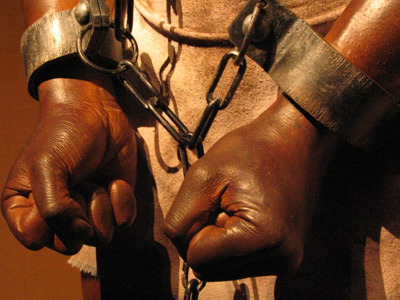 In Matthew 1:20-21, Joseph is told, “Joseph, son of David, do not fear to take Mary as your wife, for that which is conceived in her is the of the Holy Spirit; she will bear a son, and you shall call his name Jesus, for he will save his people from their sins.” 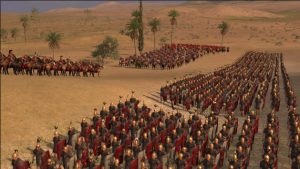 At the time of Jesus, much of the land was owned by foreigners who controlled huge estates. Local farmers were obligated to rent the land that their family had owned (that was given to them by God, no less) and were often treated unfairly in the process.

In situations like these, of political and economic oppression, people naturally want salvation, but from what? The salvation they seek is deliverance from their oppressors. I have previously written on this topic regarding the religio-political faction of the Zealots that existed at the time of Jesus. In that article, regarding Jesus’ triumphal entry, I wrote:

Jesus begins his procession into a city that is packed with people celebrating the Passover. Passover was a significant Zealot holiday because it was a reminder of God’s deliverance. And Jesus, who already had a reputation, came to Jerusalem from the east on a donkey. The crowd, then, begins to chant, “Hosanna.” This certainly can mean “Save us from our sin” or “Save us from the penalty of death which we are under,” but in that context on that day in that place, “Hosanna” meant “Save us from these ROMANS!” which, coupled with the palm branches, unequivocally meant, “If you’re the Messiah, if you’re the King, come and destroy our enemies. Wipe out the pagans. Kill them all!” 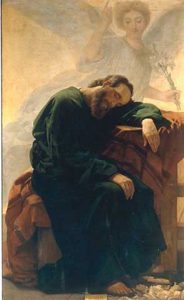 Joseph is told that Mary’s child’s name is Yesua, Jesus, and the angel tells him that this is no coincidence. It’s because he will yasa, he will save his people…from their sins. This is surely an important part of why Jesus faced opposition and his life ended with him hanging on a cross. It shouldn’t surprise us considering he aligned himself with a prophet named John who also insisted on saying critical things about his own people despite their oppression. He ended up with his head on a platter.

Blessed be the Lord God of Israel,
for he has visited and redeemed his people,
and has raised up a horn of salvation for us
in the house of his servant David,
as he spoke by the mouth of his holy prophets from old,
that we should be saved from our enemies,
and from the hand of all who hate us. (emphasis added)

Zechariah’s song up to this point is, for lack of a better term, “politically correct.” This is exactly what the people wanted to hear. Messiah will come and drive out their oppressors, the Romans, the Gentiles. God will save them from their enemies and from the hand of all who hate him. But Zechariah continues in Luke 1:76-77 about his son, John, saying:

For you will go before the Lord to prepare his ways,
to give knowledge of salvation to his people
in the forgiveness of their sins. (emphasis added)

Here Zechariah uncovers the real problem. The community’s issue not merely “those who hate us” but they are in need of salvation from their own sins. The oppressed are also sinners! There is a powerful illustration of this in Luke 13. 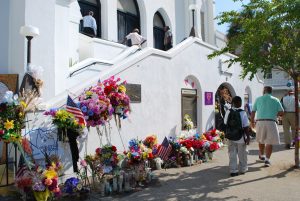 Exterior memorial after a shooting at a church in Charleston, SC

Some came to Jesus reporting a story that Pilate had killed some worshipers while they were offering sacrifices at the great high altar. What could be worse than this? A group of religiously devout pilgrims were murdered by a foreign occupying army at the most sacred moment in the most sacred place! Put in Christian terms, imagine a government official gunning down a pastor and his people in a middle of a communion service! This is the story Jesus was confronted with about Pilate. He was told this story of an atrocity that happened in his neighborhood. With his opponents there to monitor his response, Jesus would have been expected to tear his robe, beat his chest, and cry out, “How long, O Lord! When will you come to save your people and set us free from this brutality, from this oppression?”Jesus, however, gave the amazing answer, “Unless you repent, you will all likewise perish” (Luke 13:5). 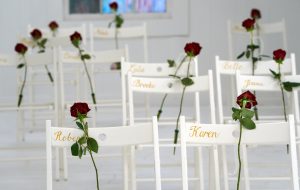 Interior memorial after a shooting at a church in Sutherland Springs, TX

Keep in mind that Jesus was perfect in every way. His attitude was always correct. This is important to remember in a situation like this. Some may attempt to judge Jesus and say, “I don’t know, Jesus. This seems a bridge too far. Maybe you could have been a little kinder.” No. His attitude was always perfect. The words that came out of his mouth were the exact words that needed to be spoken in that exact moment in time and it could not have been better. In no situation could you have improved on what Jesus said, did, or on his attitude. In a situation of oppression, it takes enormous fortitude to tell the oppressed that they are sinners and that they all must repent, for everyone is in need of grace for salvation. Recall the declaration of the angel to Joseph, “and you shall call his name Jesus, for he will save his people from their sins,” meaning that their primary problem is their sin. The Roman occupation is indeed an important concern, but it is, nevertheless, secondary.

This perspective was not exclusive to the New Testament. Ecclesiastes 4:1 reads:

Both the oppressors and the oppressed are trapped in prisons from which they cannot escape. There is no comfort for either. Each needs grace from without to come in.