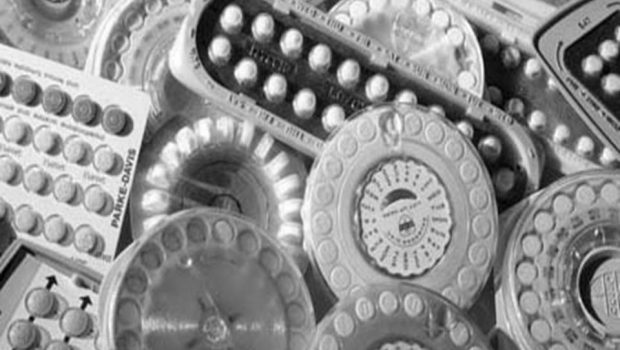 Two months ago my wife and I were on the verge of being married.  The week leading up to our wedding was, to say the least, not ideal.  We ended up burying one of my wife’s best friends and a member of our wedding party.  She had a blood clot, unknown to anyone (except God).

While I do not know with certainty the cause of the blood clot, my mother (a nurse and case manager) asked me if our friend had been on birth control.  At the time I was not sure, but later discovered that she had just started it (she was to be married very soon).  My mother informed me that certain types of birth control can in fact contribute to the forming of blood clots.  Given that our friend did not have many other risk factors for blood clots, I have a nagging and unshakable suspicion that the birth control was the culprit.

The night before my wedding, I was talking to my best man about his view of birth control and contraceptives.  We both essentially agreed that not all contraceptives were morally wrong (though we rejected the use of any type of abortifacient), but that our culture certainly had a misguided view in its desire to avoid having children at all costs.

But I have continued to reflect on the issue since that time, and the question has bothered me greatly.  Particularly troublesome is the question of whether the avoidance of children is worth losing a life?  Or more directly, would our bridesmaid still be alive were it not for birth control?

This is no longer an issue I can think about dispassionately or merely academically.  Birth control may have taken my friend’s life, and it could be endangering the lives of others.  Even if blood clots and death are not a common side effect of birth control, they are severe enough to force us to consider both the morality and utility of such methods.

Let me state my conclusion from the start:  I have come to the conclusion that all types of artificial contraception and birth control are immoral.

Several reasons have led me to this conclusion.  First, I am a Thomist.  I believe that everything has a natural end.  It is the natural end of knives to cut, of hammers to hammer, of streams to have water, and of sex to create children.  We don’t put a sheath on a knife when we are cutting with it, so why should we use a condom during sex?

My big question here is this, why are we as Christians attempting to avoid having children?  What biblical merit is there for such an avoidance?  When does the Bible justify such an attitude toward children?  Psalm 127:3-5 presents the idea that children are a blessing from the Lord.  Genesis 1:28 contains a command, no where mitigated in the whole of Scripture, to be fruitful and multiply.

In short, the only motivation for using contraceptives is to prevent having children, but the prevention of children is not an end which biblically-minded Christians should pursue.  The biblical attitude toward children is wholly opposed to the idea that we should prevent having them.  Why would we use a means that only directs us toward an unbiblical end?

I think the answer here is obvious:  We don’t really believe children are a blessing, and we don’t really trust God in the matter of granting them to us.  We really think that children get in the way of pursuing our career, or climbing the corporate ladder.  I fear some of us are so concerned about “ministry” that we’ve made it a positive idol and we are willing to sacrifice our families on the altar of the idol of ministry.

Additionally, we live in an age when there is a rebellion against responsibility.  The prolonged adolescence of men is a wide-ranging phenomenon, and clearly indicative of an unwillingness to shoulder serious responsibility (such as that required by the Bible of men leading families).  One way to avoid the responsibility of a family is to avoid having a family.

There are other people, quite responsible, who I think are simply afraid.  That is, some know the responsibility of having a family and children, but fear they are not in a position to provide for such a family.  My answer here depends on the situation such a man is in:  If you are unmarried, get a job and get married.  You are not going to become more responsible by putting off responsibility.  If you are already married, and say you have a job and are taking responsibility already, but are uncertain a child is “in the budget” so to speak, I would encourage you simply to trust God in the matter.  The Lord knows our needs before we ask, if He blesses us with a child we can expect He will provide the means for us to provide for that child.  That is, we should expect of our Heavenly Father what our earthly children would expect of us.

I know these are not popular ideas, and they cut against the grain of our culture very sharply.  But we have been taking our cues from a morally clueless culture for too long.  We need to think very seriously about the ethics of contraceptives, and establish some strict guidelines for how we as Christians may appropriately use them (if at all).  More importantly, we need to recapture a biblical attitude toward children and sexual practice.

Finally, I know some people have asked me about this issue in the past.  I fear I may have given wrong or incomplete answers, and that my answers may have been taken as a sort of stamp of approval.  I sincerely apologize if what I have said on this issue in the past has misled you either in your ethical thinking or practice in this matter.  I hope that you would consider what I have written here, and sincerely seek the Lord as you attempt to bring all things into submission to His will.