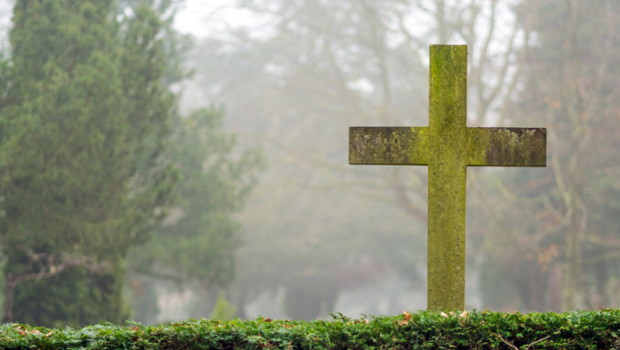 The truth of the matter is, Christ cannot, will not, nor has He ever lost a Christian!

This week, social media timelines have been inundated with reports of comedian Robin Williams’ suicide.  His death sparking an avalanche of posts linking to his legacy as a comedian through movie clips, interviews, and even an unfortunate, awkwardly timed episode dealing with the subject.  Any time such attention is brought to suicide, after the initial psychoanalysis by everyone who is suddenly an expert, comes the rumblings of a question that arises from time to time among believers and curious non-believers alike, “Does someone who commits suicide automatically go to hell?”

***NOTE***
Before we begin to look at what Scripture says, a few guideposts:

Despite a person’s best justification, suicide is sin.  It is sin because, well it’s a direct violation of the 6th commandment, “Thou shall not murder” (Exodus 20:13).  Suicide is in a sense murdering yourself.  And just like other sins, it can be forgiven.

Suicide is not an unforgivable sin

So recognizing suicide as a sin, we turn to the Bible to see how it is dealt with and what hope we can find there in salvation that is of the Lord (Jonah 2:9).

Christ Settled the Sin-debt Once and For All

The Bible teaches us that when a person comes into a relationship with Christ Jesus and surrenders unto repentance and faith (Mark 1:15), he or she is forgiven of all sins past, present, and future.  Just look at the hope found in these passages (emphasis added):

Christ Saves, Salvation is of the Lord

Christ Jesus, God in the flesh, did not stutter as He breathed His last on the cross when He said, “It is finished!” (John 19:30).  When a person hears the Gospel (Romans 10:17) and truly comes to surrender and know Christ as Savior (not simply a decision, a repeated prayer, signing a card, raising a hand, or walking an isle), something known as regeneration takes place.  It is the moment that the Holy Spirit does a work in the believer and their heart of stone turns to a heart of flesh (Ezekiel 36:26) and  falls under conviction.  They begin to love the things that God loves and hate the things that God hates (Acts 9:1-20).  The “heart” or control center is no longer satisfied with the things of this world but only in Christ, though temptation does exist every day.

Christ is Able to Secure Your Future

Now, let’s consider that the believer (as described above) commits suicide.  Is there any hope in what we just read in the Scriptures that can comfort those of us who have had loved ones who were believers murder themselves?

Absolutely.  The truth of the matter is, you cannot lose what you didn’t earn.  The truth of the matter is, Christ cannot, will not, nor has He ever lost a Christian!  What verse below gives any indication that a true Christian (as evidenced by repentance and faith and the description above) can be lost in one moment of weakness (suicide)?  Look at the text! (emphasis added)…

Additionally, if a believer’s security of salvation was based on his or her ability to confess all of their sins, no one would ever go to heaven!  It is “by grace you have been saved through faith. And this is not your own doing; it is the gift of God, not a result of works, so that no one may boast. ” (Ephesians 2:8-9, ESV).

Tragically, there are some who have heard the Gospel and rejected it.  Or even casually dismissed it and thought they would get around to it when they are ready to settle down.  And in their rebellion against Christ as Savior, they instead live their lives autonomously refusing to bend their will towards Christ in surrender.  Those will in fact perish in hell for eternity.  -Not because they committed suicide, but because they rejected the free offer of salvation through the one true Savior, Jesus Christ (John 14:6).  It is very likely they’ll hear the chilling words Christ speaks, “‘I never knew you; depart from me, you workers of lawlessness.’ “(Matthew 7:23).  Sadly there is nothing that one can do after he or she dies.  You die then comes judgment (Hebrews 9:27), this negates other thoughts known as purgatory or praying for the dead.

From these texts, we can discern that should a believer fall in a moment, and commit suicide, he or she would be received into heaven:

“Now to him who is able to keep you from stumbling and to present you blameless before the presence of his glory with great joy,”
(Jude 1:24, ESV)

To believe that you MUST be in a “saved state” or “completely repentant” state before you die, then you are ultimately relying on works righteousness to save you.  After all, which of your sins did Christ NOT die for?

1 – If a Christian commits suicide, is he still forgiven? by Matt Slick, CARM.org