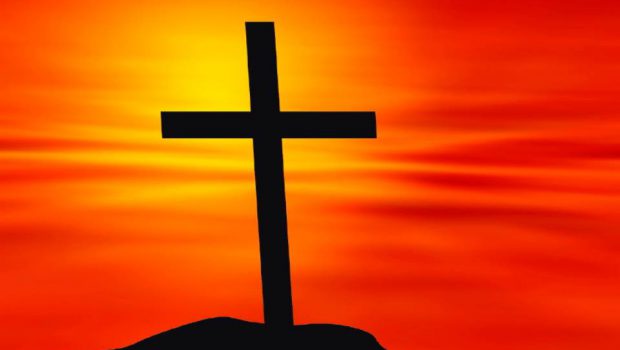 Some weeks ago I was having dinner with a friend and we were discussing many important theological topics.  This is my element.  I love theology, and I love talking about it.  There seldom comes a time during such discussions when I have nothing to add or contribute.  However, my friend asked the one question to which I (shamefully) have not given much consideration:  He asked what I thought about racial reconciliation in the church.

I told him this area of my theology was “underdeveloped,” which was a sophisticated way of saying “I have not given this much thought at all…”  I then made some general observations about the image of God and equality before God.

I must here repent.  My neglect in this area has been public, so my repentance must also be public.  This is one of the more pressing issues of our day, and I have been silent.  I speak out about injustice overseas more passionately and more frequently than I do about the systematic injustices in my homeland, injustices which I can actually do something about.  I am sorry for such neglect.  While I do not consider myself supremely qualified to address this topic, I must break my silence.

Before we say anything else, we must remind ourselves that God is the Creator and Ruler of all.  He is supreme over all.  And in creation, God did not make mistakes.  God created man and woman in His image and He said it is good (Genesis 1:26-31).

Race is not an accident.  Ethnicity did not take God by surprise.  God created ethnicity simultaneously with His creation of humans.  And as all races find their origin here, it follows that all races equally bear the image of God.  All races are equal before God.  No race is superior to another, and no race is inferior to another.  Similarities between members of different ethnic groups are substantial and grounded in our shared identity as humans created in God’s image.  Differences between members of different ethnic groups are incidental and meaningless in terms of the inherent value of human life.

As we all know, the fall took place in Genesis 3.  Adam fell and brought humanity down with him (Romans 5:12).  Humans fell and brought creation down with us (Romans 8:20-22).  The world is, as Cornelius Plantinga brilliantly put it, not the way its supposed to be.  We are fallen, the world is fallen.

It should not surprise us, therefore, that relationships between races are fallen.  The first impulse after the fall was hiding, and after hiding it was blame.  And to blame someone you have to be able to identify them, and few things make for faster identification than race.  It is an unfortunate fact of human existence that the first thing we notice about someone is often their skin.  There are few things more superficial than this.  But it is easy to identify, and hard to hide, and few sins are more convenient than laziness.

So in the midst of our fallen humanity, we develop an “us vs. them” mentality.  One group blames the other, and when someone is blamed it is not long before we start demanding they be punished.  And when we demand punishment it is not long before someone acts on such demands and takes it upon themselves to punish the blamed group.  And that punishment then reinforces the us vs. them mentality, “Look what they did!  They just plundered one of our stores, we had better get back at them!”  And the us vs. them mentality becomes a vicious cycle of a self-fulfilling prophecy.  One group is always mad at the other, because they are constantly seeking out revenge on one another, the whole time no one seems to remember that all these problems really stem from a fallen nature that as humans we all share equally.

This is, undoubtedly, an oversimplification to some degree.  But I think it conveys the broad idea.  Relationships between races are fallen because we as humans are ourselves fallen.  Having separated ourselves from the God of love, we have brought the world down into the pit of hatred.

Thankfully God deals with us from where we are, not from where we should be.  Relationships between races are fallen.  But they are also in the process of being redeemed, because Christ is redeeming all things.  Colossians 1:20, which I remind you is part of one of the earliest creeds of the Christian faith, reminds us that Christ is reconciling all things to God through the blood of the Cross.  All things must include races, and that reconciliation must include racial reconciliation.

Christ shed His blood (in part) so that races would not shed each others blood.  What ultimately separates us from one another is our fallen nature, not our race, and the sooner we recognize that the sooner we can start replacing walls with bridges.  What unites us is our fundamental nature as humans bearing God’s image, and this transcends our race.

It is utterly unacceptable that as Christians we should neglect this implication of the Gospel.  We have here a positive duty to seek racial reconciliation.  God does not request compliance in this area, He demands it.  We bear responsibility to work against the effects of the fall as they relate to relationships between races.

At a minimum, this means we demand justice and equality for our brothers and sisters who are members of other races.  When injustice is committed against a minority, it is not merely a race that is violated, it is human nature itself that is violated.  We believe in permanent things such as truth, justice, and equality.  Those permanent things have no regard for race, and neither should we.

We also have a responsibility to work against systematic injustice.  There is plenty of this sort of injustice in the United States.  Simply being a black male significantly increases one’s odds of being arrested and convicted of a crime.  This is only one example, but it is precisely the type of systematic injustice we need to work against.  And we should make sure, in the midst of injustice, that those who’s rights have been violated never stand alone.

In the church specifically, our brothers and sisters across ethnic lines should never feel like we don’t care about their plight.  They should never feel like they are a lone voice standing up for what is right.  We need to make our voices heard in these matters.  It should be obvious to our whole society, and especially our brothers and sisters in Christ, that we will not tolerate the slightest injustice.

We need to condemn the shootings of unarmed black teenagers, and to condemn subsequent police brutality against protestors.

I want to be clear:  We cannot usher in the Kingdom merely by our works, the final establishment of the Kingdom is a work of God.  But it is a work of God in which we participate to greater or lesser degrees.  And we cannot give up, we cannot allow negligence in this area.  In Christ there is neither Jew nor Greek, slave nor free.  We are all one, and we are all working to build a Kingdom not made with hands.  And until that day we are to continue earnestly in such work.

We act in anticipation of the day when “in His name all oppression shall cease.”  We strive toward it.  We hope and we fight.  We make that future reality a guide for our day to day living.  By our lives, we expect a Kingdom that will one day be consummated.

For Christ and His Kingdom,