This article is meant to be read after the first in the series, so If..." /> First Christmas: When – West Virginia for the Gospel
Articles 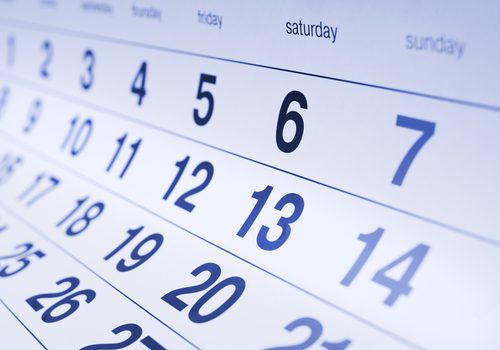 This article is meant to be read after the first in the series, so If you have not read it, STOP HERE.  Don’t go any further.  Go back and read it.  This one will wait right here. 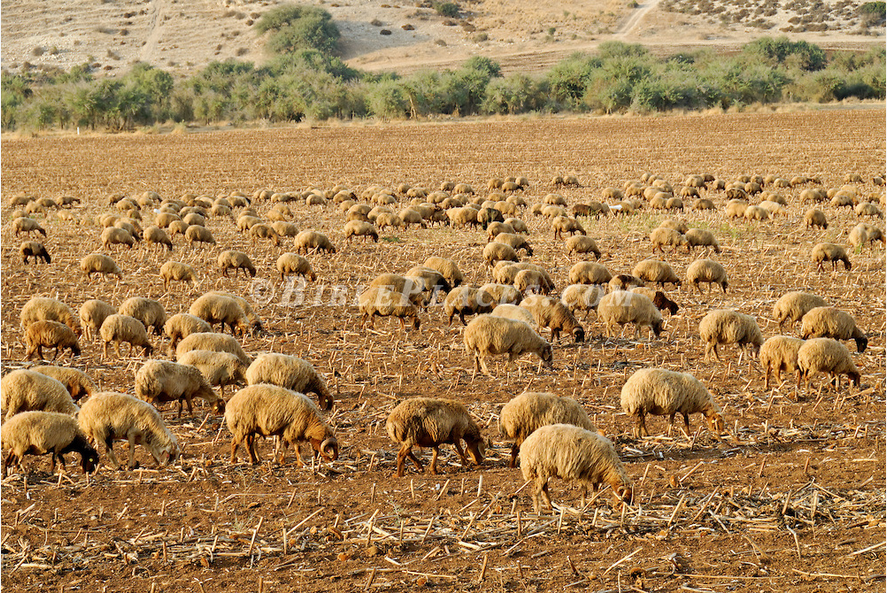 Sheep grazing in a Judean field

“And there were in the same country shepherds abiding in the field, keeping watch over their flock by night.” (Luke 2:8, KJV)

Shepherd and flock grazing in the fields after the harvest

I prefer the KJV here because it uses the word “abides.”  The shepherds were living in the fields. Given what we already know, when could this have happened?  The window is from the beginning of the harvest (~ July 1 or just before), until the early rains began and made the shepherds leave the fields,(~ November 1 or just after). If that’s the case, the first Christmas was July at the earliest, possibly August, September, October, and maybe early November at the latest. December is far too late.

I’ll attempt to address where December 25th came from in a later post.  For now, I believe that there some clues that can lead us to a closer date.

John the Baptizer and Passover 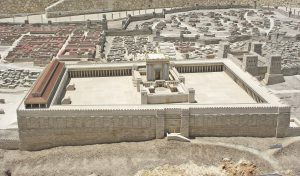 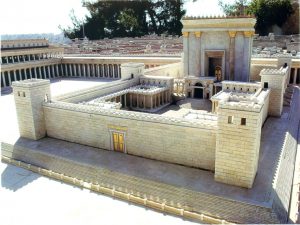 The Temple Mount in Jerusalem was large (around 40 acres), but the sanctuary that sat in the center was only about 90 ft. by 30 ft.  During the time around the first century, there were 24,000 priests. They were overstaffed to say the least.

Around 400 B.C., the priests were divided according to the 24 priestly families and each division was then identified by the ancestral family name (see Chronicles and Ezra-Nehemiah). Each one of those 24 divisions, about 1,000 priests each, served for two weeks, so a typical priest only served two weeks a year and the rest of the time had to go and earn a living some other way.

This much we know from both the Bible. Stepping away from the Bible and looking at Jewish records, we discover the times of the year that each one of those divisions served. According to those records, the division of Abijah served from the end of May to the first of June. So what?

“In the days of Herod, king of Judea, there was a priest named Zechariah, of the division of Abijah. … Now while he was serving as priest before God when his division was on duty, according to the custom of the priesthood, he was chosen by lot to enter the temple of the Lord and burn incense.” (Luke 1:5, 8) 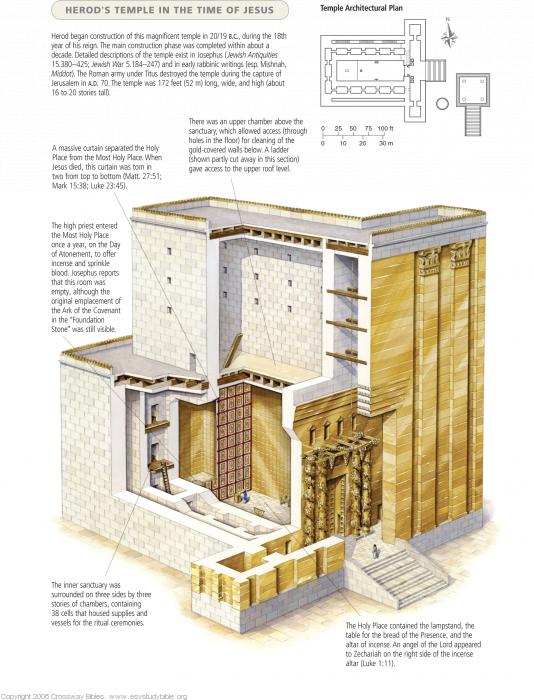 So if Jewish history is accurate, the angel appears to Zechariah in the Temple near the end of May/beginning of June. The angel tells Zechariah that Elizabeth is going to have a baby. This isn’t a Mary situation. Zechariah and Elizabeth actually participate in the miraculous birth of John. Luke tells us that after his service was ended, Elizabeth was pregnant. Let’s assume that Zechariah raced home to meet Elizabeth and didn’t stop for coffee on the way. That means John is conceived around the first June. If this is right, it would mean that John was born on Passover.

Around the first century, Jews began leaving a cup of wine (and at times a chair) for Elijah. They believed that the prophecy of Micah 4:5 was to be fulfilled and Elijah would join them for Passover and answer their questions. Jews still to this in their Seder meal today. Wouldn’t it be incredible if God had caused the promised second Elijah to be born on the day all the Jews were anticipating and praying for him to come?

Luke tells us that the same angel appears to Mary when Elizabeth was six months pregnant. So, if we’re right about John, the angel appeared to Mary in December.

In late December, the Jews celebrated a holiday that wasn’t instituted by God. Hanukkah was a celebration of the rededication and God’s preservation of the Temple after the Maccabean Revolt. Wouldn’t it be amazing God ordained that the Light of the World be conceived on the Feast of Lights? 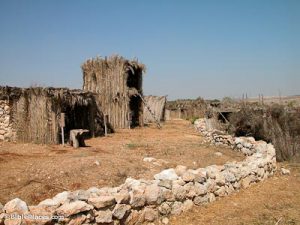 Assuming all of this is correct, Jesus was born in late September maybe early October. Recall what occurs in this time. The gan harvest of grapes and olives along with Sukkot or the Feast of Booths. Sukkot was a time for the Israelites to remember when they sojourned and lived in tents, or sukkah, as they came to the Promised Land. Unfortunately, the Old English translated sukkah into tabernacle which has caused many to think of it as a religious shrine, but it literally means “tent.” The children of Israel were living in sukkah in the desert so God asked them to build Him a sukkah too. Part of the feast day celebration was for everyone to leave their house and live in sukkah to remember how God brought them to the Promised Land. Wouldn’t it be extraordinary if God orchestrated that one greater than Moses who came to deliver us and bring us to the better and truer Promised Land was born on Sukkot? Is there anything in the Bible that would suggest this as a possibility?

John 1:14, Young’s Literal Translation. “And the Word became flesh, and did tabernacle among us…” The Word became flesh and pitched his sukkah, his tent, and camped among us. Why does John intentionally use this language? I think he’s clearly stating right from the start that Jesus is God. God “tabernacled” among his people and Jesus “tabernacled” among us. But could it also possibly be that he knew that Jesus was born on Sukkot?

According to Jewish history, there is a Sukkot liturgy written well before Jesus’ time that says, “Glory to God in the highest and on earth peace and goodwill.” Why did the angels sing this song to the shepherds? It is because it was Sukkot? I believe so, but at the very least, it begs the question. 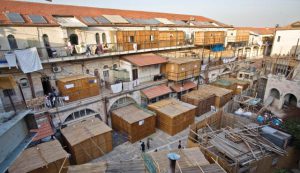 Recall what we learned about the shepherds and the message of what God was doing on that First Christmas leaps out like never before. What the first Christmas was about, and what I fear we miss with our porcelain nativity sets, is God inviting the weak and the nobodies to be a part of his story. Herod wasn’t there that night. The priests weren’t there. It was shepherds. Dirty, unwashed, unkepmt, homeless people. People that couldn’t even enter the Temple without jumping through ceremonial hoops. And quite possibly not men either. Maybe pre-teen boys or girls with their older sisters or grandmothers. And who are the other players? A pregnant high school girl and an unknown builder from Nazareth. God chose to bring and proclaim the salvation of the universe through the instrument of average, ordinary people.

Think about what we celebrate at Christmas. God initiating. God coming and rescuing us. God coming and leading us as we learn to trust him. God coming and teaching us a different and truer way to live. The Jews celebrated this very thing at Sukkot, remembering when God saved them from Egypt and led from the desert to the Promised Land. But this New Covenant, this Christmas celebration, is different because it’s better (Hebrews 8:6-12). It isn’t better because we’re better, but because God divinely chose to tabernacle with us in a better way than He did with them.  This time He became a human…a child…a baby. He actually moved into our neighborhood. He actually learned our language. He literally tabernacled with us.

This Christmas, wouldn’t you agree that Paul’s words carry even more weight and point much more clearly to God’s providence and sovereignty even in the smallest and most minute details? 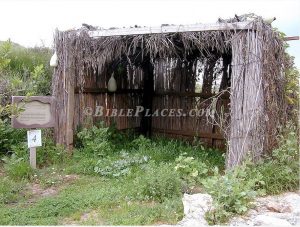