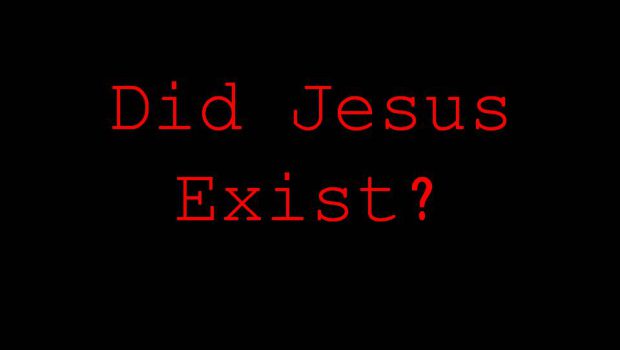 Jesus mythicist Raphael Lataster has recently been picked up by the Washington Post for arguing Jesus did not exist, even as a historical person. John Dickson, one of Lataster’s former professors, has taken Lataster to task here. I think Dickson’s response is great.

Far too often in response to such sensationalist claims as Lataster’s we hear “Almost all scholars think Jesus existed,” and that is true. But it would be nice if everyone had a few reasons they could list off the top of their head to back up this claim, at least basically. To that end, I want to offer a dozen reasons Jesus existed. I’m not going to comment much on each one, I’m just going to list the evidence, briefly explain it, and offer some suggestions for further study.

1.  The Gospels Were Written Early: While some people think the Gospels being written a few decades after the life of Jesus is a detriment, this is simply not true. Relative to other ancient biographies, the Gospels are written very early in relation to the life of Jesus. In fact, if the Gospel of John was written last, and it was written in the AD 90s at the latest, then all of the Gospels were composed in the lifespan of the eyewitnesses of Jesus Christ. John could not have been written much after the 90s because we have a manuscript (the John Rylands Papyrus) that dates to 125-135. For further reading, see Norman Geisler and Frank Turek’s I Don’t Have Enough Faith to be An Atheist.

2.  The Gospels Bear Eyewitness Testimony:  Not all of the Gospels are written by eyewitnesses (Luke and Mark, for example). However, they all bear eyewitness testimony. Luke was an associate of Paul. Papias states that Mark based his Gospel on the account of Peter. Matthew and John were disciples of Jesus. The titles of the Gospels themselves indicate that Matthew, Mark, Luke, and John are the original authors. For more on this argument, see Martin Hengel’s Studies in the Gospel of Mark.

3.  The Church Fathers Attest to the Authenticity of the Gospels:  The Church Fathers, following the Apostles, were not eyewitnesses of Jesus. But in some cases they were very close to the writings of the Gospels, particularly Papias. If Papias actually knew associates of John, and Papias’s own life overlapped with John, then he would be in a very good position to authenticate the Gospels, and he does so. For more, see Richard Bauckham’s Jesus and the Eyewitnesses.

4.  Paul’s Undisputed Letters Verify the Existence of Jesus:  Paul offers some of the earliest testimony to the life of Christ. Contrary to popular belief, Paul did not believe in any “cosmic Christ.” Paul believed in a literal, historical Jesus, and a strong case can be made for this solely from Paul’s undisputed letters (those letters everyone agrees Paul actually wrote). For more, see F. F. Bruce “Paul and the Historical Jesus.”

5.  Early Creeds Attest to Jesus’ Existence:  There are early creeds recorded in the New Testament (such as 1 Corinthians 15:3-8) that originate long before the writing of the New Testament (sources must exist before they are quoted). These creeds, which in the case of 1 Corinthians 15 date back to the AD 30s, attest to the historical existence of Jesus. For more see Gary Habermas, The Historical Jesus.

7.  Tacitus Attests to the Existence of Jesus:  While Tacitus doesn’t evaluate Jesus positively, he at least records that Jesus did in fact exist. Google Tacitus on Jesus to see what he had to say.

8.  James, the Brother of Jesus, Converted:  Think about this, how could you come to believe your brother was the Messiah and Son of God if the brother in question did not exist? Keep in mind the Gospels present James and his brothers as skeptical of Jesus during His lifetime. Paul wrote early about James and his leadership in the church. If Paul was fabricating, James could have easily come out and corrected him.

9.  The Existence of Jesus Has Greater Explanatory Scope than His Nonexistence:  Whatever theory we endorse, it has to account for all of the facts. If Jesus exists, accounting for things like the Gospels, the creeds, Pauline Epistles, the existence of the Church, and the willing martyrdom of the Apostles is easy. If Jesus did not exist, there are a great many facts unaccounted for.

11.  The Most Influential People of History Normally Exist as Historical Figures:  Genghis Khan, Mother Theresa, Winston Churchill, Isaac Newton, Francis Bacon, Descartes, Aristotle, all giants in world history. All people who have actually existed. Yet Jesus has been more influential in shaping the course of world history than any of them. If Jesus did not exist, it is inconceivable that He could have had such a profound impact on the history of the world.

12.  If Jesus Did Not Exist, We Don’t Know Anything About History at All:  This is an a fortiori  argument. We accept as historical facts many things that have far less evidence in their favor than the existence of Jesus. The fact that some people are really skeptical about Jesus doesn’t mean they are consistent in their skepticism. If the skeptics applied to all of history the standards they apply to Jesus, they wouldn’t know anything about history at all. If we accept the skeptic’s standard of history regarding the existence of Jesus, we can’t know any history at all. We obviously do know history, so something must be wrong with the skeptic’s evaluation of Jesus.

There we have it, one dozen reasons Jesus existed. I know this does not have much depth, but it hopefully presents a range of arguments and evidences that you can find useful when you encounter claims that Jesus did not exist. You may now rest easy this Christmas, knowing that the One we are celebrating was (and is) completely real.

Wishing you all a very merry Christmas,