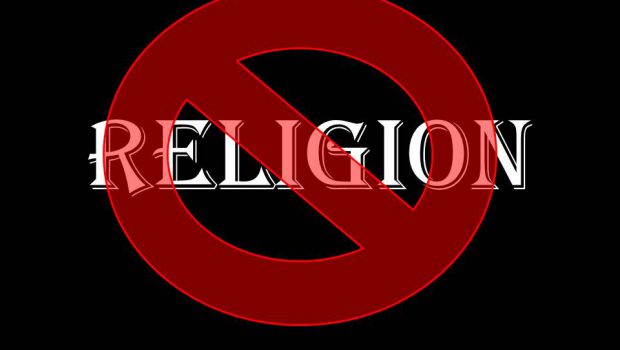 One of the most common assertions I hear today is that Christianity is about relationship, not about religion.

I find this fascinating, because it assumes that religion and relationship are mutually exclusive. Relationship, on this view, excludes the possibility of religion and vice versa. To be in relationship with Jesus Christ manifestly requires NOT practicing religion.

A prominent religious studies scholar tells the following story about talking to a merchant:
“Real [Christianity], he said, has nothing to do with law and everything to do with experience. It is about a heart-and-soul connection between the individual believer and God–the sort of crazy love that sets your whole being into dance. It needs no rituals, no rules, he said. In fact, rituals and rules only take us away from what is Really Real.” (Stephen Prothero, God is Not One, 57).

Many of you may read the above quote and think “EXACTLY! That is what Christianity is really about.”

Before you engage in such rejoicing, allow me to point out one key fact:  I changed one word in the above quote, the word in brackets [Christianity]. In the actual quote, that word in brackets should be replaced with “Islam.” The author is describing what a Sufi Muslim was telling him.

Forgive that sleight of hand, but I had to illustrate this point:  The modern talk about Christianity being a “relationship” instead of a “religion” has gone way too far, to the point that descriptions of Sufi Islam are indistinguishable from how many American Evangelicals would describe Christianity itself. If your definition of Christianity is identical to a Sufi Muslim’s definition of Islam then I would argue you are very confused about the nature of real Christianity.

Before I go on, allow me to acknowledge that in a sense Christianity is a relationship. As Christians we do believe intimacy with God is possible. We do believe that following Christ is much more than rules and rituals. But we believe all of this is through Christ, and through Christ alone. We can have intimacy with God, but ONLY as it is mediated through the work of Christ applied by the Holy Spirit.

Thus, we have a doctrinal commitment as Christians. We do desire to know God, but to know God we must know about God. We know about God as He has been revealed in Jesus Christ, God incarnate. Further, we know Christ not through some mystical hocus pocus, but through the infallible Scriptures which reveal Him and which are shown to be self-evidently true through the immediate work and testimony of the Holy Spirit in us.

As a consequence, to follow Christ, to know Christ, to be Christian, is to walk according to the Scriptures. There can be no Christianity without Christ, and we cannot truly know Christ apart from His revelation in Scripture. The Bible is all about revealing Christ. Consequently, intimate knowledge of the Scriptures is a basic precursor to intimate knowledge of Christ. The modern claim to follow Jesus without any form of Biblical religion or teaching is simply a path to creating Jesus in our own image and serving our self-made idol.

Modern Evangelicalism has fallen into a nebulous subjective postmodern free for all in which we try to follow Jesus “together” by promoting radical individualism. And I propose this disease is a consequence of ignoring Scripture in an alleged attempt to pursue God. We divorced the pursuit of God not merely from “religion” or “ritual” but from the Bible itself, and as a result we have lost our way.

I say this because today when you call sin “sin,” you are likely to be labeled a Pharisee. You will be told you are a legalist, that you are promoting dead ritual, and that Christianity isn’t really “about that.”

My response is that Christianity is about Christ, and you cannot know Christ apart from the Scriptures which reveal Him. If you try to set Christ against the Scriptures it is you, not me, who is establishing an anti-biblical religion and serving mere traditions taught by men.

Jesus Christ lived His entire life following the Old Testament law, and today we criticize that same law as “ritual” and “religion.” We say we are not under the law, but under grace. We have no duty to follow any of that “Old Testament stuff.” How exactly we are to be like Jesus if we completely ignore the Scriptures by which He lived His entire life is never answered, but modern Evangelicals are convinced we can pull it off somehow.

I grant that we need not offer any Old Testament sacrifices, that we need to build no Temple or tabernacle, that we have no duty to celebrate Passover. But to think of this as unqualified permission to live as pagans is to commit an error far worse than legalism.

Brothers and sisters in Christ, I appeal to you to return to the Scriptures. Emulate the Bereans of old. If you would know Christ, if you would follow Christ, if you would pursue God, begin with the only error-free rule of faith that God Himself has given us in the Scriptures. Take every belief you have and ask yourself “Does this align with the Bible?” If the answer is no, purge it from your mind and from your life. Take nothing for granted, assume no tradition or cliche or mantra to be beyond question or beyond Scriptural discernment. Stop repeating slogans and start memorizing Scripture itself. Don’t assume that you already possess biblical ideas of love, of justice, of Christ, of His Kingdom, of law, and of grace, because too much is said today on those topics that are nothing more than speculation. Find from Scripture itself what love, justice, Christ, the Kingdom of God, law, and grace are all about. Disregard what you’ve heard in your church (because it is likely wrong), until you verify it yourself from the Scriptures. Don’t accept what you read in a Facebook status, or on a blog, or in the newspaper, or in a book, until you have subjected it to the ultimate standard of God’s Word. Don’t even accept what I write here without Biblical evaluation and discernment. We have lost our way, and the only path back is repentance followed quickly by obedience to God’s revealed will.