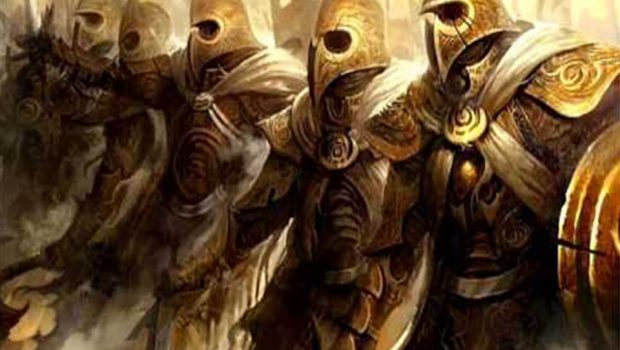 Conflict is inevitable, there will always be some type of conflict until Christ returns and all things are restored and made new. There is simply no way around it. Conflict, on its own, is not evil. There are conflicts that God Himself has commanded, such as the conflict good people will fight with evil, the conflict between the Christian and his flesh, the conflict between faithfulness and unfaithfulness, and so on. We must engage in such conflicts if we are to obey Christ and His commandments.

Yet there are conflicts we are commanded to avoid, and even in those conflicts we must engage in we have to remain biblical as we do so. Proverbs 15:1 gives a very important guideline, “A soft answer turns away wrath, But a harsh word stirs up anger” (NKJV). We must not forget this. At the same time, especially as our culture becomes more and more secular, even our soft answers are going to be cause for offense simply because they are viewed as the wrong answer. No matter how gently I state my opposition to gay marriage (and I have not always been as gentle or soft as I should have been), people will take offense to the position itself.

This is important to think about in the church, because for many of us theological debate seems to have risen to the level of an intramural sport. Modern technology has made it possible to carry on these debates over such channels as Facebook, and in a completely public way. This, as any new technology, has both advantages and disadvantages. On the bright side, geographical distance is no longer a barrier to discussion. We are exposed to a great many voices that might otherwise be ignored. We can reach a great many more people than we otherwise could. On the down side, merely text-based communication is not as rich as face to face or even phone or Skype. There is a greater chance for misunderstanding. The involved parties likely do not have shared meaning about the terms they use, the background and context of the issue, or even the motive for bringing the issue up.

I must confess, I have not been completely faithful in my use of social media, especially as it regards using it as a means for discussion and debate. I have, at times, been unnecessarily offensive. And while I have predominately spoken the truth, I have not always spoken it in love (Ephesians 4:15). For those offenses, and many others I could list, I am sorry.

Additionally, the issue is complicated by the fact that the church is increasingly influenced by the secular culture. Statements of disagreement are now viewed as divisive at best, and unloving and disobedient at worst. There is a growing sense of victimization, and even being exposed to a dissenting view is taken to be persecution. We have accepted a secular understanding of love and unity, and thus are required to routinely ignore passages like Jude 3, 2 Peter 2, Titus 1:9, and 2 Timothy 3:1-9.

If we accept the current aversion to theological debate, we must accept giving up on the fulfillment of Ephesians 4:11-16. Christ gave ministers to the church for the purpose of reaching unity in the faith and in our knowledge of the Son of God. That unity will not and cannot be achieved by a superficial and secular understanding of unity that only persists as long as we don’t talk about what we really believe. There are false teachings and false teachers, and faithful ministers of Christ have a duty to rebuke and correct them.

This unity does not come by ignoring our theological disagreements, but by engaging them in a way that leads all sides to a greater understanding of the truth. As a culture we have lost our ability to do this, and by and large as a church we have also lost our ability to do this. We have given in to a hidden relativism. We would never say that truth changes from culture to culture, but our theological lives and denominational actions demonstrate that we have come to accept this doctrinal relativism. Some of our theologians now admit that the Bible sets no objective standard for church government. The debate about infant baptism seems unsolvable. Calvinism and Arminianism are irreconcilable, and the position one accepts is assumed to be more a matter of personal preference than biblical faithfulness. This is, at root, simply an expression of relativism. Different theological camps, teaching contradictory doctrines, are viewed as the equivalent to cultures that eat more bread as opposed to those that eat more rice.

While we should not allow secondary and tertiary issues to unnecessarily divide us (which is the routine practice of the vast majority of denominations), we cannot ignore those differences either. We need to learn to speak the truth in love with each other. We need to rid ourselves of our relativist impulses.

I have theological opinions, some of which are stronger than others. The Deity of Christ is nonnegotiable. I’m only about 60% sure (on a good day) that my view of eschatology is correct. I will demand the exercise of church discipline if someone compromises the Gospel. I will gladly stand side by side with an Arminian and raise my hands in worship to the Triune God. I could not be ordained in a church that ordains women, but I would not refuse to worship with them.

We must stake out our areas of agreement, most of which were established in church councils a long time ago, and begin addressing those remaining areas of disagreement from the foundation of our more important agreements. We cannot make theological debate our mission, but we cannot ignore it either.

Theological debate and doctrinal discussion, like all of the great virtues, stand in a balance between a vice and an excess. If much of the modern church has fallen into the vice of ignoring theological conflict, I have veered to the excess of overemphasizing it. Yet there is a place for us to meet in the middle, and when we do we can begin pursuing greater faithfulness to Christ Himself.