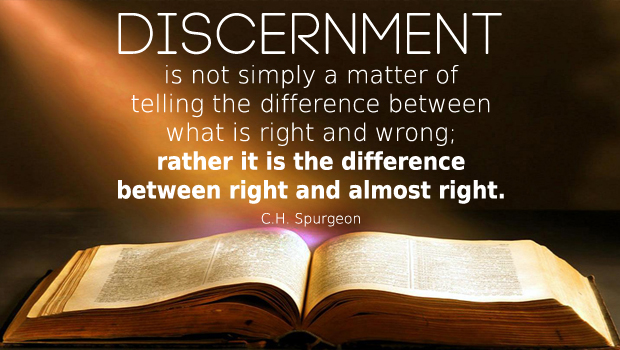 Festival of Life: A Call for Discernement

If you put these things before the brother, you will be a good servant of Christ Jesus, being trained in the words of the faith and of the good doctrine that you have followed. 1 Tim. 4:6

My aim in this article is to humbly exhort those who profess to know and love Jesus Christ by critiquing the doctrine that will be taught at the upcoming Festival of Life in Clarksburg.

Festival of Life (FOL) is Far More Than Just Giveaways

I would imagine most reading this article are aware, but in the event that is not the case, let me inform you that the FOL is more than giveaways and more than just a community event.  The idea behind the festival is to draw the community in through the giveaways in hopes that they will stick around for a time of worship and preaching.  It’s to that end that my heart resonates with the event coordinators!!  Yes, the method of enticing the community through Xboxes and iPads may be questionable… it may be seen as “bait and switch” evangelism, but ultimately, if the true Gospel is being preached I can overlook less than optimal promotional strategies.  And therein lies the tension.  After hours of research, I am concerned, I am in fact convinced, that the key note speaker of the FOL, Jonathan Shuttlesworth, preaches a doctrine that does not adhere to scripture and therefore does not honor the Lord.

In my research of Mr. Shuttlesworth, I was fortunate to find that many of his services are recorded, so a number of his teachings are on YouTube.  This allowed me to listen, first-hand, and compare what I heard against scripture.  After multiple hours of listening to/watching numerous videos, what I found was very troubling.  The “gospel” being preached was no gospel at all.  Yes, the same words were often used, but the truth was twisted, even to the point where scriptures were misquoted in order to support a false doctrine, namely the doctrine of the “Prosperity Gospel”.

Overview of the Prosperity Gospel

In 1 Corinthians 15:3-6, Paul provides for us the essentials of the gospel message:

1 Peter 3:18 provides us the purpose behind a person’s salvation, namely: to bring us to God.

For Christ also suffered once for sins, the righteous for the unrighteous, that he might bring us to God, being put to death in the flesh but made alive in the spirit.

The tragedy of the Prosperity Gospel is that God is made a means to an end… He is made a stepping stone to a different ultimate end – health and wealth.  Yet, the true gospel says God is the gospel!  Sick or healthy, He is the greatest good!  Rich or poor, He is the consummation of our salvation, not His gifts.  Regardless of our circumstances, He is not a means to a greater end, He IS the end.

At its core, the Prosperity Gospel is idolatry, driving those that believe it to, many time unwittingly, find their satisfaction not in God but in the positive circumstances of life, elevating the temporal pleasures of health and wealth above the Giver of said gifts.  God is not a vending machine, He is our sovereign Lord and glorious King.

To accuse a person of such treason is no small matter.  I do it with humility, zeal for the truth, and a broken heart for those that have been deceived into believing its lies, including Mr. Shuttlesworth.  It also bears noting here that I am not basing this accusation on the promotional literature or promotional strategies used to spread the word about the FOL event.  My comments are rooted in what I have seen and heard, first-hand, be it YouTube videos, Facebook posts, of through a review of the store on Mr. Shuttlesworth’s website.

Evidence: Pealing Back the Onion of the Prosperity Gospel Doctrine

Before we look at some video examples of Mr. Shuttlesworth teaching this prosperity gospel, its important to understand the baseline doctrines that drive the teaching.  We could spend hours critiquing all the nuances of this false gospel, but I think it would be most helpful to focus on just one element, as I consider it a fundamental pillar on which much of the prosperity gospel rests.  That teaching is called “Little gods”.

The essence of this false belief is a “logical conclusion” made in light of God creating man in His own image.  The argument is: Because God created man in His own image, He created man “after His own kind”.  Therefore, like any animal reproducing itself, if we are created by God, “after His own kind” we must, then, be gods (with a little “g”, but gods nonetheless).  Watch the following video of Creflo Dollar, a well-known prosperity gospel teacher, explaining this doctrine:

The problem with this teaching are both immediate and by implication.  The immediate issue is the blatant conflict with scripture.  Isaiah 43:10 states very clearly that our Lord is the only God.

“You are my witnesses,” declares the Lord,
“and my servant whom I have chosen,
that you may know and believe me
and understand that I am he.
Before me no god was formed,
nor shall there be any after me.”

The implication issue is more deceptive.  By “implication” I mean, believing this doctrine implies that other things must be true, namely:

I hope you can see how easily then one could infer (imply) because of this doctrine:

Watch now the following video from Mr. Shuttlesworth where he uses 1 John 4:17 to support the same logic.  His argument is not based on God creating us in His image, after His own kind, but instead based on the atonement and our connection to Christ.  The essence of the argument is, however, the same.

Mr. Shuttlesworth is claiming that because we are covered by the blood of Christ and connected to Him through the atonement we, on earth, should be just as He is in heaven – free of illness, free of need, living a victorious life.  Whether you base the teaching in our creation or in the atonement, the doctrine is the same.

Upon reviewing this passage and its greater context, one will find that John is speaking here of the call to abide in God’s love so that love may be perfected (made complete, mature) in us.  A cross-reference to the previous chapter further illustrates that we are a work in progress, and in fact NOT the same as Christ (“as He is so we are on earth”).  1 John 3:2 says:

Beloved, we are God’s children now, and what we will be has not yet appeared; but we know that when he appears we shall be like him, because we shall see him as he is.

John, the author of 1 John, is not schizophrenic.  He is not contradicting himself.  Rather, chapter 3 makes it clear that “what we will be has not yet appeared” but when He appears, yes, we “shall [then] be like Him”.  And why? “Because we shall see Him as He is.”  To understand 1 John 4:17 as having already arrived, to truly be living on earth in the complete victory that Jesus has in heaven is a grievous error.

To believe a prosperity gospel one must either elevate man higher than he ought to be, or reduce God lower than He ought to be.  It’s the ONLY way this “little gods”, “as he is so we are on this earth” argument can be supported.

The space between man and God must be reduced, if not all but eliminated.

Building on the pillar of “as He is so we are on the earth”, we will now see how this doctrine views evil in the world, specifically, the evil of hardship (health, financial, or otherwise).  In the following example, Mr. Shuttlesworth makes an argument for overcoming those types of evils in one’s life, citing Romans 12:21 as a supporting text.  Listen closely though as he mis-quotes the verse, changing its meaning.  The altered meaning then is used to support his teaching:

In this video Mr. Shuttlesworth is driving home the essence of the prosperity gospel – you don’t have to settle for evil oppressing your life with illness and need.  You are a child of God, covered by His blood, therefore when the evils of illness and need come you “overcome evil with the goodness of God”.

Do not be overcome by evil, but overcome evil with good.

At first glance one may see how this verse could support the teaching.  No my friends, absolutely not.

Romans 12:9-21 is Paul’s exhortation to the Romans regarding the marks of a true Christian.  Throughout this passage Paul is instructing his readers to:

The passage contains many more, very practical exhortations regarding Christian living.  It ends with verses 20-21, the immediate context of the verse in question.

To the contrary, “if your enemy is hungry, feed him; if he is thirsty, give him something to drink; for by so doing you will heap burning coals on his head.” Do not be overcome by evil, but overcome evil with good.

This verse, indeed this passage, has nothing to do with overcoming the evils of illness and financial need with the “goodness of God”.  It is clearly a call for Christians to live out our faith in practical ways, and when an enemy attacks, don’t retaliate (vs 19: “never avenge yourself”), instead, overcome evil with good… with acts of love, and grace, with self-sacrifice… in essence, everything that Paul just said in verses 9-20.

Before I end this article with some parting exhortations, I want to briefly address a common argument in support of the prosperity gospel.  While many may affirm the tenants of the doctrine outlined above, they do so without labeling it “prosperity gospel”.  There are some, though, that more boldly affirm the name and the essence of this false doctrine.  They often will do so based on the argument that the unsaved of the world will see the “goodness of God” by way of the health and wealth He pours out on His children and, therefore, be attracted to the faith and ultimately get saved.

My response is two-fold:

1). Those that are attracted to the faith because of what they see they can get out of the faith (the premise of the argument – they can have God’s goodness too!) are not attracted to a saving faith… they are only attracted to the benefits of believing.  Jesus saw this first hand in John 6:26-29, called it out, and rebuked the crowds for it.

2). The testimony of those worshiping and glorifying God in the midst of hardship, difficulty, illness, persecution… THOSE are the testimonies, THOSE are the lives that truly show the goodness of God.  For, it’s in those people that God is glorified most as He is shown to be far more valuable than any earthly pleasure.  He is, in fact, everything, and the only thing, they need.  He is completely sufficient.

Let goods and kindred go, this mortal life also;
The body they may kill: God’s truth abideth still,
His kingdom is forever.

There is much, much more that could be said.  The heresy of the prosperity gospel runs deep, and its many implications are widespread.  As such, I humbly encourage all that would heed my counsel, please refrain from attending the upcoming Festival of Life.  The doctrine that will be shared there in, tragically, a false gospel.

If you have questions or comments you would like to share with me, you may do so by clicking here.

I leave you with a gospel-centered video from Matt Chandler that speaks of the true gospel.

Enjoy and be edified.
For His glory and your joy,