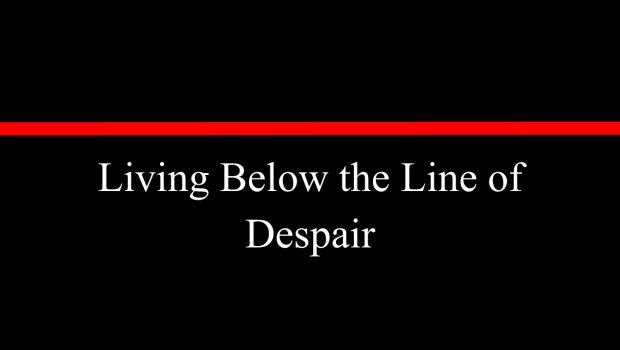 To illustrate this point, we need look no further than our current cultural insanity, which is built on one contradiction after another:

These are merely a few examples of many, glaring contractions that many people in our society unknowingly accept. We are well below the line of despair as a culture and society. So what can be done? We need to speak the truth. The tolerance gestapo use fear and intimidation to silence dissent. So long as we are not silenced, they cannot win. You might convince people the sky is green so long as you block out any accurate representation of the sky. But as long as reality seeps through from somewhere, the lie will be exposed.

To that end we also need to cultivate a comprehensive, cohesive, and compelling Christian worldview. Christianity is not simply a smorgasbord of different moral platitudes and disjointed doctrines. Christianity is a complete worldview, centered on the reality of who God is and what He has done in the world. Against the lies and contradictions that dominate our modern society stands the truth and coherent reality of the Christian worldview, a worldview that answers such questions as where we came from, what our purpose is, how we should live, and what our ultimate destiny is from a clear and consistent basis revealed in Scripture.

Our society is living below the line of despair, but we should not be.