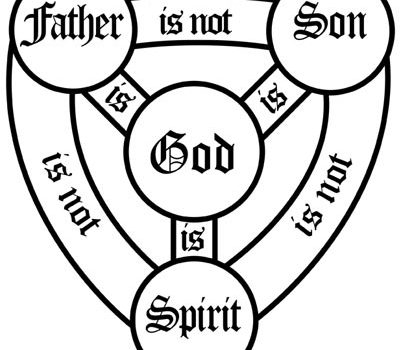 Without the Trinity, there is no Christianity.

Far too many Christians think the Trinity is some an out-of-reach doctrine with very little importance for the Christian life. Why does the Trinity matter in how I live? Can’t someone have faith in Christ even if they don’t get the Trinity?

We have ignored these questions for too long. We have actively minimized sound teaching on the Trinity. The result is people read a fiction book (or watch a movie) like “The Shack” and think that it is appropriate the represent the Father as a mother.

Let me back this up by defining the Trinity, and then explaining why it is so important. The Trinity is the biblical doctrine that teaches there is only one God, and this one God exists in the three persons of the Father, the Son, and the Holy Spirit. The word “Trinity” itself is extra-biblical, it is a word not in the Bible itself, but one we use to describe what the Bible itself clearly teaches.

But how is this possible? How can there be one God, and three persons that are God? The answer comes from an important difference, the difference between being (or essence) and personhood. God is one in His being or essence. There is only one being that is all-powerful, all-good, all-knowing, everywhere present, holy, and wholly just, and this being is God. Yet there are three persons that share this one being. All of the divine attributes just listed are completely true of the Father, and of the Son, and of the Holy Spirit. To use an analogy (that hopefully doesn’t reduce to a heresy), think of a triangle. There are three distinct points to a triangle, but all of them share being triangular. That is, what makes a triangle a triangle is the fact that it is a three sided object. You cannot have two points and still have a triangle. All three points share an essence – being triangular. Yet there are still three points, distinct as to their pointyness. There is one triangle with three points. Likewise, there is one God in three persons.

With that explained, why does this doctrine matter? What difference does it make that God is one in being, and three in person? I want to list just a few reasons why the doctrine of the Trinity matters:

It is possible to go on, but I believe this is enough. The Trinity is not some out of touch, esoteric doctrine for ivory tower intellectuals or far out mystics. The doctrine of the Trinity is not only among the most important teachings in the Christian faith, it is among the most practical. The Trinity matters, and now more than ever we need to understand this doctrine, and worship appropriately the one Triune God.