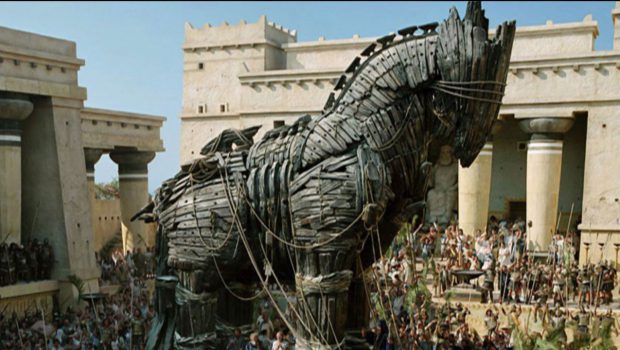 I have recently engaged in more than a few discussions about feminism, and particularly “Christian feminism.” As usual, I approach this debate with all the tenderness of an iron-clad knight charging into battle. Also as usual, I don’t really expect to convince the people I am debating against. Most people willing to debate an issue are pretty well set in their ways, though change is possible (as I well know, having changed my theological views on nearly every secondary and tertiary doctrine there is). Rather, I debate to convince the middle. On any given issue, about 80% of people are undecided. Sure, in a poll they might pick whatever option they think is popular, but faced with serious arguments they will probably at least reconsider, and at best be persuaded. So I have little hope of convincing anyone who is committed to identifying as a feminist or Christian feminist. But I believe I can reach the undecided middle, and I hope to do that.

With any discussion, we need to start with a definition of terms. Google tells us that feminism is “the advocacy of women’s rights on the basis of the equality of the sexes.” No harm here, right? How could any professing Christian possibly oppose such a position? Or go so far as to think it is doctrinally dangerous?

The issue comes in the details: What constitutes “women’s rights”? What is “equality”? And what is “sex”? If we listen to the answers that most modern feminists would give to these questions, we find unbiblical and anti-Christian views of the worst sort. Women’s rights includes the right to murder one’s baby by means of abortion. Equality means not merely that men and women are equal as people, but that all gender roles are merely cultural constructs, equivalent to associating pink with girls and blue with boys. And sex? Well, most modern feminists simultaneously believe that sex has no essential correspondence to gender, and that being a woman has a certain essence distinct from being a man and that this essence is to be celebrated. I have no problem with this latter assertion, but it flatly contradicts the former. And that former assertion is strictly anti-biblical.

“But not all feminists believe that!” we are told. Or “That is not real feminism.” Right. The fact is the vast majority of modern feminists hold those positions, and the existence of an extremely small minority that identifies as “feminist” challenging those views does not mean that feminism itself is reconstituted. Feminism is a big tent. And the overwhelming majority of that tent is dedicated to being an anti-Christian circus where women dress up like the Virgin Mary and act out having an abortion. Forgive me for scoffing at the idea of “Christian feminism.” When the ideals of the Kingdom of God are actually represented inside of modern feminism by something more than a micro faction, then we can talk about “Christian feminism.”

This is the real danger. The very idea of Christian feminism has become a Trojan horse for theological liberalism. The popular “Christian” feminists, such as Rachel Held Evans and Sarah Bessey, are advocates for a host of theologically liberal positions ranging from pro-gay theology to denying Biblical inerrancy to advocating for alternative views of God the Father Himself to minimizing the atonement. It is not as if they are drawing on historic Biblical doctrine to ground equality. Rather, they begin with a modernist conception of “equality” and insist on reading that into the Bible. Christian feminism is not based on good exegesis, but eisegesis. It is not a Christianization of feminism, but a secularization of Christianity. And it gains traction, especially among younger Christians, because there is a biblical ideal of equality based on man and woman’s creation in the image of God (see Genesis 1:26-27). Yet like all doctrinal dangers and compromises, the truth is mixed with a great deal of error. And while Christian feminism starts with a true proposition, it quickly devolves into a host of false teachings, biblical distortions, and even heresies.

If Christian feminism were marked by biblical teaching on sex and gender roles, and didn’t have a host of doctrinal distortions smuggled in with it, then I would have no quarrel or qualm with it. If my compatriots in the Assemblies of God would exercise even a little discernment when quoting Christian feminists who actively deny AG doctrine, I would be less concerned. But instead advocacy of Christian feminism, especially among Millennials, is doctrinally uninformed, Biblically void, historically ignorant, philosophically incoherent, and naive in nearly every way.

Christian feminism is a Trojan horse. It will rot the religion in which it appears, destroying from within Christianity’s Biblical and historic teachings on God and man’s relationship to Him. I know this sounds alarmist and overblown. But the time to sound alarmist is decidedly BEFORE the barbarians are inside the gates. You sound the alarm before the trap is sprung, in hopes that you don’t get caught in the trap. On doctrinal issues, I want to alert people to the problem before they make a commitment to false teaching (Proverbs 12:13).

I am willing to discuss Christian feminism, so long as that brand of feminism is actually Christian. But what we increasingly see from popular Christian feminists is a postmodern feelings fest, where experience and personal emotions are used to overturn Biblical truth. Rather than Christian feminism, what we actually have is feminist rebellion against God, and professing Christians are getting caught up and swept away in it. We need repentance, followed in short order by no small amount of true discernment.

P. S. – I know people will think I am “reading my own background and biases into the Bible.” So let me clarify, that I once identified as a Christian egalitarian, thinking there were no biblically grounded gender role distinctions relating to things like Christian ministry. I have grown up my entire life in denominations that ordain women. I have sat under female teachers, and my childhood church sponsored female missionaries. My background would tend AWAY from the positions I have come to believe align with the Bible’s teaching on sex and gender roles.