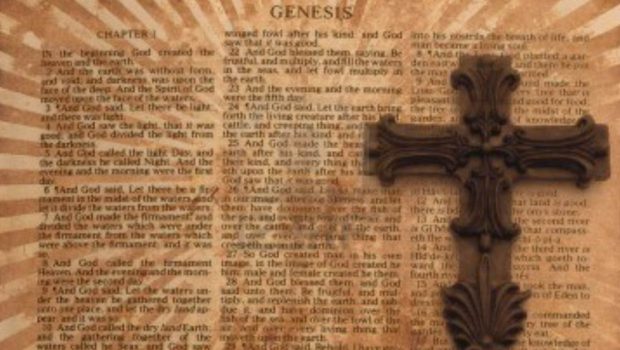 In the first part of this series we discussed how the mission of God, fulfilled in and through the Kingdom of God, is the theme of all Scripture. Particularly, we examined how God’s promise to Abraham in Genesis 12:1-3 is foundational to this theme.

As you might expect, if this really is the theme of all of Scripture, then it may be found in all of Scripture. It shouldn’t be relegated to Genesis, or the Gospels, but it should be everywhere. I hope in this post to demonstrate it’s presence throughout the Old Testament. I will be summarizing and surveying. The Old Testament is far too much ground to cover in any depth in a blog post. But we can trace the general themes and ideas.

Missio Dei in the Torah

We’ve spent a great deal of time considering Genesis already. Notably, while the promise is given in Genesis, it is not fulfilled there. The book of Genesis ends with Israel in Egypt (though not in slavery). If Genesis were the end, we would be shaking our heads asking “What gives? What about descendents as numerous as the stars and all nations being blessed?”

Of course, Genesis is not the end, but only the beginning. In Exodus we see how God’s people were oppressed, and delivered from oppression. Exodus 29:45-46 shows that God desired to dwell among His people. 1 Samuel 4:8 makes it clear that, through the deliverance of Israel, God made His Name known among the nations (Leviticus 26:45). At the end of Exodus the people of Israel are busy building the tabernacle and constructing a house for God’s Name, which the Lord Himself dwells in.

In the books of Leviticus, Numbers, and Deuteronomy we begin to see what life in the Kingdom of God is like. God gives several very specific and detailed commands. Many people get wrapped up in these, and veer toward legalism. But the point is not some type of legalistic righteousness. The point is the conformity of all of life to the rule and reign of God. Since the fall, things have been bad. But in redeeming a people, God wants the redemption to be total. That is, the redemption extends to all of life just as the consequences of the fall extend to all of life. We start with redeemed people, and subsequently get redeemed thought, redeemed art, redeemed music, redeemed architecture, redeemed families and family relationships, redeemed courts and political systems, etc. No aspect of life gets exempted from the rule and reign of God. Leviticus, Numbers, and Deuteronomy help make all of this clear.

Additionally, in Deuteronomy 29-30, we see the covenant renewal prior to the death of Moses. There is blessing in submission to God, in following His rule and reign. There is curse and judgment in departure from God’s revealed will. We are a covenant people, every single one of us stands in covenant with God. The terms of that covenant can either be submission and blessing, or disobedience and curse, but we can’t escape the covenant one way or the other.

As Joshua takes over, the Israelites begin the conquest of Canaan. The land promised to Abraham finally comes into the possession of his descendents. The promise is not completely fulfilled, but it has taken a huge step forward.

The Days of Judges

The book of Judges tells us more than once that “In those days there was no king in Israel; everyone did whatever he wanted” (Judges 17:6, 21:25, HCSB). Thus, following the death of Joshua and his generation the Israelites began to walk in wickedness (Judges 2:10). The tales of the Judges are tales of wickedness, judgment, repentance, and deliverance. The pattern repeats over and over. By the end, things are so bad that an entire tribe of Israel is nearly destroyed (Judges 21:17).

In the midst of this chaos, the story of Ruth takes place. This is important historically for the fact that Ruth will be one of David’s ancestors. It’s important theologically for several reasons, not the least of which is that Ruth is from Moab. Even in the time of judges God was concerned about other nations and made provision for those that would follow Him. Not only that, but because Ruth is from Moab, the nations have a stake in the coming of the Messiah. Jesus was not 100% ethnically Jewish. His Gentile heritage may have been some generations back, but it was there nonetheless.

A King in Israel

Given the horrors of the book of Judges, it is not surprising that the people of Israel desire a king. Their request in 1 Samuel 8 seems to be driven out of a desire for stability and normalcy. And God had planned to establish a king in Israel, He gave requirements for kings in Deuteronomy 17:14-20. Some might wonder why, if God planned to establish a king, the request of the Israelites was sinful.

This is a difficult question, but I agree with Phillip Steyne (150) that Israel’s sin was in seeking a king before the appropriate time. They wanted to jump God’s timetable up by a generation or so. As they do this, Saul turns out to be a less than stellar king, though he starts strong.

It is with David that we really see the king God wants, and we see the promise to Abraham more in play. Particularly, in 2 Samuel 7:8-16 God promises that David’s descendent will sit on an everlasting throne before God. There are only two ways this is possible. First, David could have an unending succession of descendants. In light of eschatology, this situation seems unlikely. Second, David could have one descendent who sits on the throne forever, a descendent like Christ. As you may have guessed, I find this second scenario very probable.

Most of the wisdom literature comes from David (Psalms), Solomon (Proverbs, Song of Songs, Ecclesiastes), and the era of Hezekiah (Psalms).

The Psalms are particularly important in the development of the idea of the promise plan, especially Psalms like Psalm 2 and Psalm 110. The other Royal Psalms also significantly add to this theme. What they emphasize is the nature of the king that God will establish eternally. His dominion will be total and His victory final.

The wisdom literature came at a time when things were good in Israel (at least for the most part). But things did not remain that way for long. Most of Israel’s and Judah’s kings were not like David and Hezekiah. Rather, the dominant mode of rulership in Israel was wickedness. Here entered the prophets.

The prophets confronted Israel’s covenant violations, and called the people back to repentance and righteousness. The prophets frequently interact with and involve other nations, particularly as a mode of judgment. Jonah is interesting here, because unlike other books of prophets which are about a prophet’s message, this book is about the prophet himself. It is particularly about the prophet’s disobedience in bringing the words of God to other nations.

God does not leave Israel and Judah in exile forever. He allows them to return to Jerusalem where they rebuild His temple and reestablish the city (Ezra and Nehemiah). This return was, of course, a witness to the nations of God’s care and provision for His people. Who thought the Temple would be rebuilt? But it had to be, because the Messiah was yet to come, and the situation had to be right for His appearing.

This survey paints the broad picture of God’s work in fulfilling His mission throughout the Old Testament. Of course, many more details could be considered, but the big picture is clear. God desires to bless all nations through the seed of Abraham. In the Old Testament, Israel was not always a blessing. But God was still working to ultimately and finally fulfill His plan, even though He had to put His people through exile and 400 years of prophetic silence to do it.