Socialism: Any of various economic and political theories advoca..." /> Is God A Socialist? – West Virginia for the Gospel
Blogs 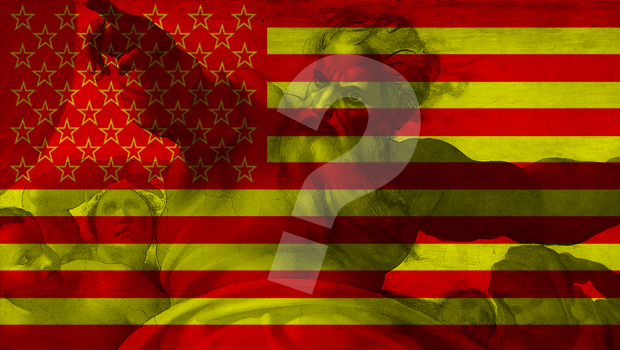 Socialism: Any of various economic and political theories advocating collective or governmental ownership and administration of the means of production and distribution of goods across the general populace regardless of individual status or individual contribution to the productivity of society.

This slogan, popularized in 1875 by Karl Marx – a devout Socialist, has become a common war cry of the Socialist movement.  The creed stands on the concept that, in an ideal society, every person should contribute to the utmost of his or her ability and consume in proportion to his or her needs – all for the benefit of his fellow man.

Some will point to the Bible for what they perceive as a strong argument for Socialism in Acts 4:34-35.  But, does this passage truly lend merit to the notion that the early Christians were Socialistic?

It was not too long ago that Socialism was an extremely objectionable concept in American society.  After all, many of our fathers, grandfathers and great-grandfathers have given their lives to protect our country or other countries from Communistic or Socialistic oppression.  In fact, we Americans are – or were – very proud of how much better our Capitalistic society performs in relation to our European neighbors.  Capitalism has served this country well for the better part of 200 years and has played a pivotal role in making America one of the greatest nations on the face of the earth – despite the fact that some of our Capitalistic practices have their short-comings, which have lead in some cases to corruption.  Unfortunately, those short-comings have served to make the Socialistic concepts that were at one time so bitterly disparaged by Americans become more and more appealing.

The venom of Socialism was injected into the United States over 100 years ago by President Roosevelt in his efforts to deal with the problem of poor, single mothers and their children; a noble cause, inarguably.  Since then, however, Socialism has spread slowly and silently through our society and government.  To date, we Americans have seen a significant push toward a Socialist society by our Commander-In-Chief and his current administration.  One notorious example of this is the latest “Obamacare” debacle – a socialist concept at it’s base where those who make money are forced – whether by higher insurance rates or by fines for not having insurance – to pay for the health insurance of those who supposedly can’t, don’t or won’t make money for themselves.

Socialism is predicated upon the principle of a governmental body that regulates goods and services in a culture and moderates a supposedly fair and equal distribution of wealth in its various forms.  One has to admit that these ideals in and of themselves seem quite attractive.  Who would not want to live in a society where there are no poor and the governmental institution is absolutely and unceasingly committed to the betterment of the general welfare of its people?  This seems far more attractive than even our own Capitalistic system that has so richly sustained us all these years.

So, is Socialism the answer? Was God trying to tell us this all along through the actions of the early Christians recorded in the book of Acts that Socialism is His desired means of societal upkeep?  Not likely.  There is a problem that arises when attempting to align Acts 4:34-35 with a God-ordained implementation of Socialism.

The problem we come across is that there is nothing in the Acts passage that implies that those early Christians were required to give at all.  Moreover, they were not told how much to give.  This fact is supported by what took place in Acts 5:1-4.

In Acts 5:1-4, a man named Ananias sold some land to obtain money to give to the poor.  In doing so, however, he kept a portion of the proceeds for himself.  He then presented the money to the Apostle, Peter under the pretense that the money that was being offered was the entirety of what was gained through the transaction.  Ananias likely had done this because he wanted to appear as selfless as the others who had sold their land and had apparently given all their proceeds to Peter for the needy.  Whatever the reason, it was the lie that had determined the fate of Ananias, not the fact that he kept some of the earnings for himself.  This is supported by Peter’s response to Ananias in Acts 5: 3-4 after the Lord had obviously intimated in some way to Peter that Ananias had lied.  Just before Ananias’ death, Peter said to him, “While it remained unsold, did it not remain your own? And after it was sold, was it not at your disposal”?  Here we see that the land and the money belonged to Ananias to do with as he pleased – a concept entirely foreign to Socialism.

Lastly, we must consider the fact that there are no ideal societies and no ideal governments because societies are governed by man and man is flawed.  Jeremiah 17:9, Mark 7:21-23 and Romans 3:10-18 attest to this fact.

With all the evil in the hearts of man working against us, we can see how any economic theory that man sees fit to adopt, no matter how well-meaning our intentions, is doomed to fail.  Unfortunately, the same can be said of Capitalism.  While Capitalism has been heralded for centuries as conceptually superior to Socialism, we now see that even this bastion of American society for over two centuries has begun to crumble beneath the weight of man’s inability to govern himself for any sustainable length of time.

Like Capitalism, Socialism – while based on good intentions – has been corrupted and twisted by man’s self-serving greed and apathy; rendering it flawed and ineffective.  Stephen Pollard of the New York Times mirrors this sentiment.  In January of 2009, he wrote:

“…socialism itself—in all its incarnations, wherever and however it was applied—was morally corrupting.”

I strongly believe that one of the reasons for our existence is for us, as God’s creation, to realize just how lost and incompetent we are when we choose to govern our lives without Him.  So, for now, we will have to learn to tolerate one another’s beliefs as to which economic philosophies are the most sound while keeping in mind that no matter which one may prove to have the most merit, without God governing the hearts of man, it too is doomed to fail in the end.