A recent report in the news revea..." /> A Nudist Church?!? Really?!? – West Virginia for the Gospel
Blogs 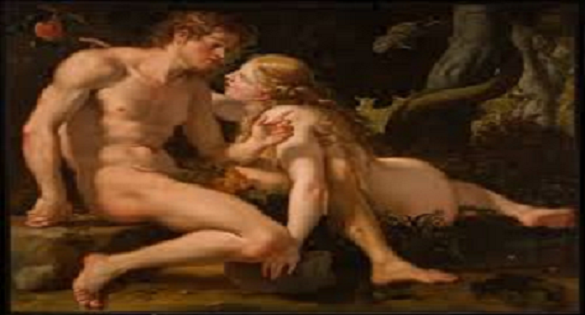 A recent report in the news revealed that there is a nudist camp in Virginia with its own little chapel.  On the surface, one would think this is a good thing if not a desperately necessary thing.  That is, until we find that the church is conducted while everyone, from the pastor to the parishioners are naked!

Just when I think I’ve seen Satan poke his finger in the eye of Christianity in every single way conceivable, he comes up with yet another shocking surprise that defames, belittles and mocks God, Christians, Christianity or all three!

Satan is creative, I will give him that.  But, what can we expect?  He is, after all a powerful angel – fallen or not.  Plus, this is his world – for now – and in order for his world to be as debauched as we see in the book of Revelations, Satan’s agenda has to be allowed to unfold completely. Therefore, we can expect to see many more examples of man’s inhumanity toward man, exponential increases in immorality and an unprecedented twisting of the scriptures as we see with this nudist church in Virginia.

So, why have I let a little church in Virginia shake me up when we live in a world where the lines between good, bad, right, wrong and moral and immoral are so badly blurred?  We have web sites like Ashley Madison that are set up to facilitate adultery and women killing their own babies by the millions each year, so why does this topic, which is seemingly insignificant in relation to these other things, get precedence?  Because these individuals claim to be Christians seeking God and to have found a truth the rest of us have ignored, which is that God can – and perhaps should – be worshipped as He was in the Garden of Eden – by naked worshipers!

Not only does this adulteration of our faith give Christianity a bad name,  not only does it profane a fundamental understanding of God’s designs for both modesty and worship, but as if there weren’t enough obstructions to confuse the vast majority of people with regard to who God is, what Christianity is and what it means to truly worship God, this nudist church adds to that confusion by clouding the very truth people are seeking.

Pastor Allen Parker, the leader of the church on the White Tail Nudist Resort, derives his perspective on the Biblical alignment of a church filled with naked people with what he holds as the fact that “people should worship God the way He brought us into the world”, meaning naked.

While it’s true that we should not be ashamed of our bodies because they are the temple of the Lord, that does not mean that our bodies are something to be exposed to anyone and everyone.

I am curious how this “pastor” can align his lifestyle, let alone his nudist church with such scriptures as 1 Timothy 2:9 and 1 Peter 3:3-4?

Granted, mankind started out naked and unashamed.  But, all that quickly changed when we disobeyed God and released sin into His perfect creation.  Once that happened, our innocent minds became corrupted by such things as lust, envy and covetousness, the very things that the naked body – rather most naked bodies – will propagate in the minds of others.  And with this new-found knowledge of our sin came shame – an inherent awareness that the naked form should be covered modestly.  Thus, our ancestors made for themselves crude clothing from the surrounding flora, Genesis 3:10-11.  Moreover, God seemingly agreed with their newly discovered sense of shame and made even better clothing for them from the skins of animals, Genesis 3:21.  Thus, God seemed to regard clothing as appropriate and necessary in the new, fallen world.

And yes, I do realize that what is considered “modest” is quickly changing – becoming distorted, to be more accurate.  And I am indeed aware that, at one time, a gown that barely covered a woman’s ankles was pushing the definitions of modesty for that time frame, while today we have “progressed” beyond such “Neanderthal mindsets” and recognize that modesty now VERY LOOSELY revolves around covering the “5 Bs” – breasts, butt, belly, bra straps and bloomers (panties).  But none of this matters.  God has not changed His mind about what modesty is, even if we have.

Therefore, with regard to nudists participating in a clothing-optional church service, we need to realize that there is a vital connection between what is taught and believed  and how one dresses for worship and how one perceives the worth-ship of the Lord, our God.

Indeed if these individuals at White Tail Resort were truly seeking God, they would realize that Christians can’t simply worship God as we like, we worship as God wants us to.  And while perpetual nudity is not in alignment with God’s perception of righteousness, it stands to reason that a church service full of individuals who refuse to follow the guidelines of modest dress is not in complete alignment with God either.