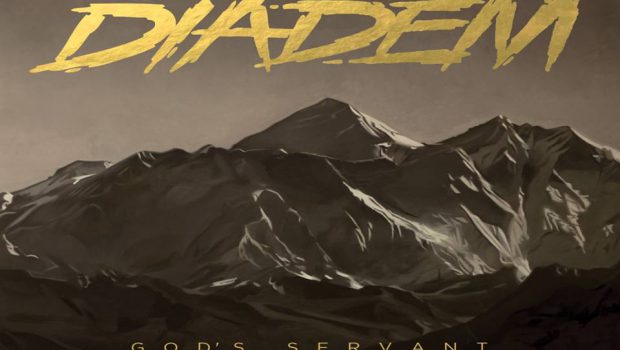 Summary: God's Servant challenges all of us to recognize Christ's sovereign Lordship over all of life in light of His death, burial, and resurrection for the remission of sins.

I know I’m not the typical hip hop or rap fan.  In fact, I’m not sure if I can tell you the actual difference between hip hop and rap.  But I became interested in Christian hip hop about four or five years ago.  Song’s like Tedashii’s “Make War” and Lacrae’s “Don’t Waste Your Life” began to peak my interest in the movement.  Flame’s album “Captured” was the first one I purchased, and I was immediately captivated by the theological depth of the album and the lyrics.  Paul Washer’s endorsement of Reformed rap was icing on the cake for me.

Since that time, I’ve tried to keep up more on the movement.  I’m certainly not an expert on it.  I’m more of a theologian than a music critic, but it’s precisely the theology of this music that keeps me listening.  So I recently purchased and listened to “Diadem” by God’s Servant.

As the title might suggest, this album is entirely about Christ’s Lordship.  The songs in this album are thoroughly and entirely Christ-centered, every single song emphasizes the greatness of Christ in one way or another.  The songs also, at times, shatter our idols in the best possible way.

Beginning with the song “Make Way” God’s Servant smashes our modern idols of sex, wealth, and pleasure, emphasizing that “I’m only here just to crown Him, that’s the reason for this diadem.”  He moves on to “Areopagus,” named after Paul’s famous interaction in Acts 17.  Here God’s Servant continues to emphasize that there is only one God who demands our obedience and will judge us for disobedience.  “Ransomed” then brings attention to our fall, and how Christ is worthy of exultation because He has ransomed us from sin.  “For Us” places heavy emphasis on Christ’s voluntary sacrifice on our behalf, the epitome of true love as the Son of God died for His enemies.

The next five songs continue on this theme, continually emphasizing over and over the worthiness of Christ, utterly incomparable to any temporal pleasure.  I should say here that, while the emphasis of this album is on Christ, it is also thoroughly Trinitarian.  The songs bring adequate attention to Christ’s relationship to the Father and the Holy Spirit.

The second to last track (and last song), “His” is basically Kuyperian (reflecting the thought of Abraham Kuyper).  It exalts Christ as Sovereign owner of all things, all of life, all of the universe.  Kuyper stated that “There is not a square inch in the whole domain of our human existence over which Christ, who is Sovereign over all, does not cry: ‘Mine!'”  This is not only an adequate summary of this song, but of this album as a whole.

Finally, the album concludes with a John Piper clip that is, quite simply, classic John Piper and an incredibly fitting close to the album as a whole.  Piper calls pastors (and all people) to not belittle the sacrifice of Christ, but instead to make much of His majesty and worth as we recognize the offense of sin against a holy God.  The whole album has emphasized these very themes.  This clip is bold, convicting, and a message we all need to hear and internalize.

In short, I can hardly recommend this album highly enough.  The theological content is thoroughly Christ-centered and God-honoring.  It stands in stark contrast to the self-worship of secular rappers, and is a sharp rebuke of idolatry within the church.  God’s Servant takes the Bible seriously.  As a consequence, he takes sin seriously, recognizes the magnificence and incomprehensible grace found in Christ’s sacrifice on our behalf, and the mandate to worship Christ for who He is and what He has done in accordance with the will of the Father and empowered by the Holy Spirit.

I look forward to hearing more from God’s Servant and his fellow lyrical theologians.  They bring a bold message that we desperately need to hear in a time when compromise and cowardice rule the day.