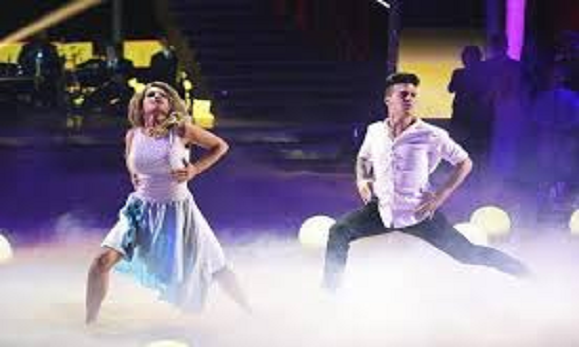 Redemption, salvation, repentance; the Christian religion is replete with it’s share of distinctive jargon. The majority of which is so unfamiliar to some that it seems that at times we Christians are speaking a foreign language.  One of the terms one may hear a Christian speak about is modesty.

For example, Candace Cameron-Bure of the late ‘80s television show, “Full House” is making headlines, not only because she is one of the 2014 contestants on “Dancing With The Stars”, but also because she has announced that during her dances on the show, she will not wear immodest attire.  Mrs. Bure had stated that one of the most important things to her in her life is her faith, and her views regarding modest apparel no doubt stem from her religious convictions as Mrs. Bure has been a devout Christian for many years. This begs the question; what does modesty mean to a Christian and where do we get the principles for our beliefs?

The common definition of modesty is the quality of being free from vanity, conceit and boastfulness while showing regard for propriety through decency in speech, dress and behavior.  But, in reality, societal values are what truly define what is modest and what is immodest.  And with the stark contrast between what is proper and decent today compared to what was proper and decent just a decade ago, let alone a century ago, we see that we can not look to the mutable values of an increasingly immoral culture for a dependable standard of modesty.  This glaring dissimilarity through the years in what is considered modest is a strong testament to the erosive quality of sin.  So, where can we find both an immutable and trustworthy definition of modesty?  The Bible.

To begin, we must realize that modesty is not so much a manner of dress as it is something based on one’s mindset.  In other words, modesty is largely affected by one’s motivations.  It is about behavior and attitude, not just clothing.  It is, in essence, a product of whom you truly worship.  For instance, immodest speech can be characterized by one’s dialogue being peppered with profanity or telling off-color jokes or participating in conversations on sordid topics.  Immodest behavior can be characterized by certain types of disorderly conduct, being loud and boisterous or crude for the purpose of drawing attention one’s self.  Other forms of immodest behavior revolve around exposing private parts of one’s body, such as flashing or public nudity, which leads us to the third and most widely known type of immodesty; immodest dress.  As you may have surmised, most modesty issues are sexually oriented.  Most swear words, for example, are derived from sexual acts or sexual body parts.  Most immodest behavior, such as public nudity or flashing, are sexually oriented.  This is also true for immodest dress.  One who dresses immodestly, whether male or female, is doing so to draw attention to himself or herself by means of his or her sexual allure.  In order to accomplish this, the person intentionally dresses in attire that reveals those parts of the body that are considered sexually appealing by the majority of the culture in which they live.  In this culture, for instance, muscular men are considered by most women to be attractive.  Thus, you will find that, for the most part, the more muscular a man is, the less clothing he will tend to wear.  On the same token, men in this culture consider – most parts of a woman’s body to be attractive.  Thus, we see that when a woman dresses immodestly, she will either wear revealing clothing or tight clothing or both.  Both the man and the woman in this case are motivated to dress in a provocative manner by the desire to elicit attention.  This desire for attention is almost always a product of pride, vanity and conceit.  This principle is true for immodesty in speech and behavior as well.  The prime commonality running through immodest dress, behavior and speech, however, is that it is a reflection of whom one worships.  One who has a mindset that motivates their attitude toward immodest behavior is in effect worshiping himself or herself and not God, which is the opposite of what we are to do, 1Corinthians 10:31.

To worship someone or something other than God is an affront to God, Exodus 20:3.  This is why the Apostle Paul warns us against pride, vanity and conceit in Romans 12:3 when he tells his readers to avoid thinking highly of themselves, which is a form of immodesty, as we touched on earlier.  To remedy our tendency to worship ourselves or others as opposed to worshiping God, the Bible gives us some good insight into the mindset, motivations and behavior of those who possess modesty.  For instance, Proverbs 29:23 tells us that it is honorable to have a humble spirit but pride will hinder those who seek humility.  1 Peter 5:5 tells us likewise: “You younger men, be subject to your elders; and all of you, clothe yourselves with humility toward one another, for God is opposed to the proud, but gives grace to the humble”.

The Gospel of Luke explains in Luke 22:25-27 that we are not to follow the examples of authority figures who lord their high positions over their subjects.  Conversely, we are to consider ourselves as servants to our fellow man.  Jesus, Himself gave us the perfect example of adhering to the pattern spoken of in Luke, as Philippians 2:5-8 tells us.  It explains that although Jesus existed in the form of God, He did not regard equality with God a thing to be grasped, but emptied Himself, taking the form of a bond-servant and being made in the likeness of men.  Similarly, we should have the same attitude, ourselves.

The pattern that we are seeing develop here is that our mindset is the key to our modesty.  And the crucial component in a modest mindset is a humble heart.  A humble heart within a man or a woman will dissuade any tendency toward obscene talk and offensive behavior, and it will also deter any propensity toward immodest attire, which seems to be the first thing that comes to mind when one thinks of modesty; one’s attire.

With regard to attire, we find that the first persons to consider what is modest and what is immodest were Adam and Eve.  After Adam and Eve sinned, they immediately became aware that they were naked and they tried to remedy this by clothing themselves in foliage.  The Lord seems to have agreed with their understanding of modesty as He took pains to fashion for the two of them more suitable apparel, Genesis 3:7, 3:21.

The Apostle, Paul has this to say of modesty in his first letter to Timothy;  “I desire…that women should adorn themselves in respectable apparel, with modesty and self-control, not with braided hair and gold or pearls or costly attire, but with what is proper for women who profess godliness—with good works.“, 1 Timothy 2:8-10.  Regarding Paul’s admonition, it is important to understand the Roman culture of the time.  At that point in history, Greek hairstyles for women were relatively plain.  But, as with any culture, things were beginning to change.  Women of royalty were curling their hair and adorning it in braids.  Eventually, even the more common women were beginning to mimic their aristocratic counterparts.  And like them, they began to become preoccupied with putting forth an air of style, extravagance, and sensuality.  Paul’s admonition stemmed from the fact that he saw the disconnect between a humble heart and the vanity that was beginning to be conveyed through the manufactured appearance some women in his day were striving for.  Likewise, modern norms of modesty are not so much about how revealing one’s clothing is as is it about the values one’s clothing conveys.

We can not and should not define ourselves or others worth by style, extravagance or sensuality.  All those things are fleeting and they stem from pride and vanity.  You see, modesty is by no means anti-pretty; it is anti-pompous.  It is resisting the prideful, vain mindset that leads to immodest speech, behavior and especially dress.  God wants us to put away everything that ties us to such a worldly attitude.  He wants us to separate ourselves from worldly behaviors, Romans 12:2, 2Corinthians 6:17.  God is concerned about modesty because He is concerned with love, 1John 4:8, and a heart of modesty is motivated by love for God, one’s self and one’s fellow man.

“Modesty is a respectable manner of adorning one’s body and carrying oneself, born out of a freedom from a worldly definition of beauty and worth, and motivated by a hatred of sin and a desire to draw attention to God.When it comes to the subject of modest clothing the first question we should ask ourselves is: What am I trying to accomplish by what I wear”? – Luke Gilkerson – 6 marks of biblical modesty.