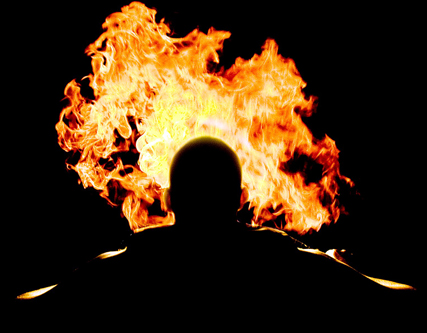 Once a beloved sister asked a question regarding the implications and potential effects of a bystander overhearing slander.  The gist of the question was, “Based on Proverbs 18:21, could someone overhearing the conversation be subjected to negativity as well?”  Here is the explanation I gave…

The question was regarding Proverbs 18:21 and the effects by those who may overhear and not be the intended audience.  Let’s look at Proverbs 18:21.

“Death and life are in the power of the tongue, and those who love it will eat its fruits.”

In general, when we read Proverbs, we need to understand that they are not necessarily promises, but general guidelines and great advice for life.  Though they do not guarantee any specific promise, following them will usually result for the better.  That said, we can deduct from this passage that the tongue is a powerful weapon that can be used for both good and bad.  And by the authors words, that it is effective in either way that it is used, “…those who love it will eat its fruits.”

Now, to get more specific to your question, we need to dig a bit deeper.  (She asked about the effects of someone overhearing a conversation.)  We can find an even more detailed description of the tongue in the book of James.

James 3:6 And the tongue is a fire, a world of unrighteousness. The tongue is set among our members, staining the whole body, setting on fire the entire course of life, and set on fire by hell.

James 3:7  For every kind of beast and bird, of reptile and sea creature, can be tamed and has been tamed by mankind,

James 3:8  but no human being can tame the tongue. It is a restless evil, full of deadly poison.

James 3:9  With it we bless our Lord and Father, and with it we curse people who are made in the likeness of God.

James 3:10  From the same mouth come blessing and cursing. My brothers, these things ought not to be so.

James takes it further than just describing what the tongue can do.  Notice he likens the tongue to “fire” in v.6.  If a fire started in your living room would it just stay there?  It would spread and uncontested engulf the entire house.  Not only would it spread, but a byproduct (and an example of “overhearing” that you asked) could be the smoke.  Because there was a fire, there was smoke.  Smoke is a byproduct of fire and contaminates even beyond the reach of fire.

For example, there was a structure fire one Thanksgiving evening near the local Interstate 79. Though the fire was not near I-79, it was to blame for the 13-car pile up as the smoke restricted visibility and cars discovered others upon impact.  You see that?  The smoke was the byproduct of the fire.  Likewise, when someone is speaking negatively, those who overhear it can absolutely be affected and I believe that interpretation from this passage Biblically allows for such an idea.  You can also see this towards the end of the same verse with the word “staining”.  This means “to pollute or contaminate” (like in Mark 7:20 where Jesus says, “What comes out of a person is what defiles him.”).

So when you look at it in context and how James explains it with the attributes of a “fire”, one can make the case that others overhearing gossip and slander can and will indeed be negatively affected.