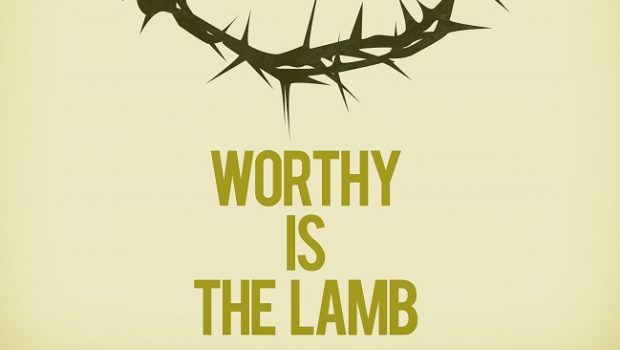 God had a plan before the foundation of the world.  That plan included displaying the glory of his grace through the death of his Son, Jesus Christ.  The arrival of the Suffering Servant that we read about in Isaiah 53 was what the Old Covenant community of faith anticipated from the time that God promised Adam and Eve that a serpent-crushing Savior would come from their offspring (Gen. 3:15).  As the New Covenant community of faith, we believe that Jesus was that Suffering Servant and serpent-crushing Savior.  At the cross, Jesus absorbed the punishment that we deserve for our sins as he substituted himself in the place of all who would repent and trust in him and his saving work.  When Jesus died on the cross he disarmed Satan of his power over us as believers (Col. 2:15; Heb. 2:14-15).  The cross of Jesus Christ should take center-stage in our worship.  What Jesus accomplished by substituting himself in our place at the cross should be the focal point of our worship here and now because it is the focal point of worship in heaven.  Consider Revelation 5:9-10.

And they sang a new song, saying, “Worthy are you to take the scroll and to open its seals, for you were slain, and by your blood you ransomed people for God from every tribe and language and people and nation, and you have made them a kingdom and priests to our God, and they shall reign on the earth” (Rev. 5:9-10).

There are six awesome things about Jesus to look at in this text:

1) The Worthiness of Jesus: They sing to Jesus saying, “Worthy are you…”  Jesus is certainly worthy to be praised.  Our modern English word “worship” is a derivative of the old-English word “worthship.”  It is pretty self-explanatory.  When we worship something or someone we are ascribing worth or value to that object of worship.  Because of Jesus’ perfect obedience to his Father and his saving work at the cross, he alone is “Worthy…to take the scroll and to open its seals.”

2) The Slaughter of Jesus: In this song, the four-living creatures and twenty-four elders sing of Jesus being “slain.”  The Son of God, Jesus Christ, was indeed slain.  You could say that he was slaughtered.  That is what the word slain means.  It is the same word used to describe what the Old Testament saints did to a lamb when they slit it’s throat to sacrifice it.  God the Father put forward his Son, Jesus, to be a wrath-bearing sacrifice (Rom. 3:21-26).  Jesus’ death was not what some Christians have called a “non-violent” atonement.  You cannot have a non-violent atonement.  You cannot make what happened at the cross of Calvary non-violent.  Jesus was “slain” at the cross for sinners.

3) The Ransom of Jesus: One of the most profound lines in this song describes the fact that “by [Jesus’] blood [he] ransomed people for God.”  Slavery was quite common during the time that the Apostle John penned this book.  According to the now deceased New Testament scholar, George Eldon Ladd, the word ransom “has as its background the possibility of a slave purchasing his freedom from bondage by paying a certain sum of money” (Ladd, Commentary on the Revelation of John, [Grand Rapids, MI: Wm. B. Eerdmans Publishing Co., 1972], 92).  So the word-picture that the Apostle John is giving us is that of Jesus Christ purchasing people for God by his great, redeeming work at the cross.  By his infinitely valuable blood, he ransomed us from the bondage of sin and brought us into a saving relationship with the living God.

4) The Global Purpose of Jesus: The worshipers singing this song sing of Jesus purchasing people for God from “every tribe and language and people and nation.”  Jesus Christ is not some sort of tribal deity.  God had a global purpose in sending his Son to the cross, namely “to gather into one [body] the children of God who are scattered abroad” (John 11:52).  Jesus told the nation of Israel that he had “other sheep that are not of this fold.  I must bring them also, and they will listen to my voice.  So there will be one flock, one Shepherd” (John 10:16).  This is why it is so important for our churches to be involved in global missions.  God has his eye on the nations and he means to gather together a people from all of these nations in order to display the glory of his grace.

5) The People of Jesus: According to this song that is sung to Jesus, he is worthy of worship due to the fact that he has “made [the people whom he purchased by his blood] a kingdom and priests to our God.”  The God of the Bible has a plan.  That plan is to display his glory through his covenant people.  Titus 2:14 says that Jesus “gave himself up for us to redeem us from all lawlessness and to purify for himself a people for his own possession who are zealous for good works.”  1 Peter 2:9 says that the Church of Jesus Christ is “a chosen race, a royal priesthood, a holy nation, a people for his own possession.”  Jesus purchased a people for God’s own possession by his own blood at the cross.

6) The Reign of Jesus: These worshipers sing that Jesus and his people “will reign on the earth.”  Regardless of your view concerning the kingdom of God or your position on the millennial reign of Jesus (premillennial, amillennial, or postmillennial), we all agree on one thing with certainty: Jesus is coming again.  He will come and he will establish an eternal kingdom.  There is certainly a sense in which the kingdom of God has arrived.  As the Messiah, Jesus inaugurated the kingdom.  He has “all authority in heaven and on earth” (Matt. 28:18).  There is a sense in which he reigns now but not the way he will reign at his return.  He will reign on the earth and his people will reign with him.

The Lamb is worthy of our praise.  In our worship let’s continually focus in on the saving work that Christ accomplished on our behalf at the cross and the ten-thousand blessings that flow to us because of that great work.