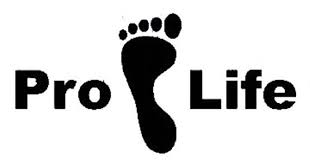 One of the most vexing questions people ask me is “What is your argument against abortion?” This is vexing not because I don’t have an argument, but because I have several arguments against abortion. I don’t think we’re limited to just one here.

But one argument I’ve thought about is based on Kant’s categorical imperative, namely the formulation of it that states we should only act in a way that we could universally will to become a standard for all other people. That is, if we can’t will that others act in the same way we do in every single case, we should not act this way.

Now some people might object and say “Perhaps abortion is only permissible under Circumstance X, Y, or Z; and we could universally will that any individual under those circumstances get an abortion.” Kant had little room for this type of reasoning, he did not tend to allow exceptions to moral laws based on circumstance.

I am not quite as intense as Kant in that regard. But that’s not the point. Suppose there are circumstances under which abortion should be permitted, there is a vast difference between permitting something and willing it. I may permit my football team to kick a field goal, but I will for them to score touchdowns. It is only in non-ideal circumstances that abortion should even be considered permissible (and I would argue these are relatively few in number). But I still don’t will it, and given any other choice I would likely opt for that.

In the United States, most abortions are not out performed out of medical necessity, and so the arguments presented here would at least eliminate vast numbers of abortions. Additionally, I’m not aware of too many people that want to argue for the extinction of the human race. Hence, they’ll have to attack Kant’s categorical imperative, and it’s a surprisingly defensible rule of thumb.