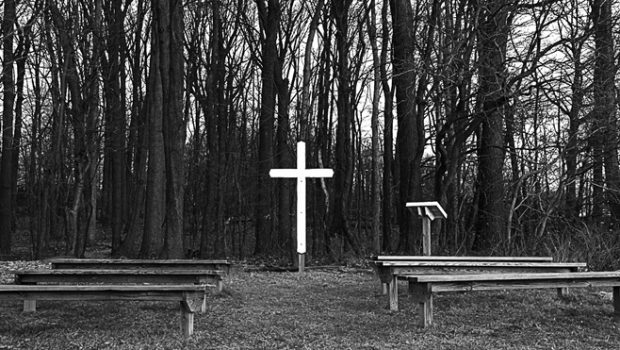 The baby that was born two thousand years ago in a stable in Bethlehem was and is the Savior of the world.  To refer to him as Savior obviously communicates that his mission involves “saving” people.  That is what the name Jesus means.  In Hebrew, Jesus’ name is Yeshua, which we translate into English as Joshua and it means, “Yahweh saves.”  That is the testimony of the entire biblical witness from Genesis to Revelation.  God saves.

That is language that we evangelicals like to use a lot.  When we share our faith with people we tell them things like, “I was saved during my sophomore year of college.”  Or we say that, “God saved me when I was at the end of my rope.”  Or we ask people, “Are you saved?”  There was a time in our culture when that kind of language would have been universally understood.  That time is over.  You might be looked at with a curious stare if you ask someone today, “Are you saved?”  I think that would be an understandable response coming from a non-Christian because asking someone if they are saved should inevitably lead to other questions.  Am I saved from what?  Why do I need saved in the first place?

The answers to those questions have several layers to them.  You could say that there are multiple answers that are undergirded by one foundational answer.  Let’s work our way from the top to the bottom and look at four ways that Jesus saves his people.

He does this in a couple of ways.  First, he saves us from spiritual death; that is, he saves us from the spiritually dead condition that we have all inherited from our first father, Adam (Rom. 5:12-21).  In chapter two of the Apostle Paul’s letter to the Ephesians we learn that we are all dead in our sins and trespasses but that through faith in Jesus and what he has done for us in his death, burial, and resurrection, God makes us spiritually alive.  He raises us up with Christ and seats us with him in the heavenly realms, saving us from the state of spiritual death (Eph. 2:1-7).

Jesus also saves us from physical death.  By that, I don’t mean to suggest that those of us who believe in Jesus are not going to die.  Unless Jesus comes back during the short time that God has allotted us here on earth, we will all experience physical death.  What I mean by saying that Jesus saves us from physical death is this: Through his resurrection from the dead, Jesus has conquered death on behalf of all who trust in him for salvation.  Because of Jesus’ resurrection, we can know that death doesn’t have the final word in our lives.  Physical death is not the end for God’s people.  In 1 Corinthians 15:20-22, the Apostle Paul writes, “But in fact Christ has been raised from the dead, the firstfruits of those who have fallen asleep.  For as by a man came death, by a man has come also the resurrection of the dead.  For as in Adam all die, so also in Christ shall all be made alive.”  Jesus is a Savior that delivers those who trust him from both spiritual death and physical death.

In Genesis 3, we read about how God placed hostility between the seed of the woman, Eve, and the seed of the serpent, Satan, and that one day there would be One born of the woman who would have his heel bruised by bruising the head of the serpent.  The ultimate fulfillment of that promise is Jesus Christ and we see that explicitly in Hebrews 2:14-15: “Since therefore the children share in flesh and blood, he himself likewise partook of the same things, that through death he might destroy the one who has the power of death, that is, the devil, and deliver all those who through fear of death were subject to lifelong slavery.”  Jesus was bruised by the Father as he substituted himself in our place at the cross and in that very act as he paid the punishment for our sins he also destroyed the one who has the power of death, namely Satan.

But how does Jesus’ death save us from Satan and his power?  Satan, the great accuser of God’s people, now has nothing to hold against us and nothing that he can bring before God to condemn us.  In Colossians 2:13-14, we learn that when Jesus died on the cross, God canceled the record of debt that stood against those who trust him.  In the next verse, Colossians 2:15, Paul writes that God disarmed Satan and his demonic forces and put them to open shame by triumphing over them through the death of Jesus.

Now when Satan presents himself before God’s throne in heaven with accusations saying, “Did you see how Dana fell and stumbled the other night?  And he’s supposed to be a pastor?  He is guilty of sin and deserves condemnation,” God will reply, “His debt has been canceled.  The guilt of his sin has been removed as far as the east is from the west.  He is righteous.”  But how can God say that about any of us?  It is because when we place our faith in Jesus, his perfect righteousness is imputed or credited to us.  When God looks at those who trust in Jesus, he doesn’t see them in their state of guilt and rebellion; he sees the perfect righteousness of his Son.  In that way, Jesus is the Savior that delivers those who trust him from Satan and his power.

This is usually the first place our mind wanders to when we think of Jesus saving us and probably for a good reason.  That is what the Bible says he came to do.  In Matthew 1, we read of when an angel appeared to Joseph in a dream and told him, “[Mary] will bear a son, and you shall call his name Jesus, for he will save his people from their sins” (Matt. 1:21).  Jesus saves his people from the penalty of our sin, which we have already seen in discussing the fact that Jesus saves us from death.  The penalty for our sin is death, both physical and spiritual death and through faith in Jesus and his saving work he rescues us from that penalty (Rom. 6:23).

But Jesus doesn’t just save us from sin’s penalty.  He is also saving us from sin’s power.  While we still wage war with our sin day after day, God is continually renewing us and growing us in holiness, molding us to the image of Jesus.  The Bible calls this sanctification.  By the power of the Holy Spirit, God keeps working in us to change our hearts, making us more and more like him.  And one day Jesus will fully and finally save us from sin’s power when he returns in power and glory and creates the new heavens and the new earth and grants us those glorified bodies that we read about in 1 Corinthians 15.  So Jesus is the Savior that delivers his people not only from sin’s penalty but also from sin’s power.

This is the aspect that is foundational to the other three mentioned in this post.  Jesus saving us from the wrath of God is at the bottom of his work at the cross and is what undergirds all the other aspects of his saving work.  In the gospel, God rescues us from himself.  He saves us from the just, holy wrath that we deserve for our sin because he poured it out on Jesus instead.

This is the aspect of salvation that makes some Christians uncomfortable.  As recently as this year, we saw it happen with a very large, mainline Protestant denomination in our country.  The denomination had a committee that was compiling songs for their new hymnal and they were also choosing some contemporary hymns that have gained popularity in the Church.  They had selected the song, “In Christ Alone,” to be among those contemporary hymns but they had a serious problem with two lines in the second verse: “Till on that cross as Jesus died / the wrath of God was satisfied.”  They contacted Keith Getty and Stuart Townend, the composers of the song, and asked for their permission to change the lyric to, “Till on that cross as Jesus died / the love of God was magnified.”  They denied them permission to change the song, not because that lyric is untrue, but because they felt, and rightly so I think, that God saving us from his wrath because of the substitutionary death of Jesus is at the heart of the gospel (Click here to read an interview that Collin Hansen, Editorial Director at The Gospel Coalition, conducted with Keith Getty concerning the issue).

Romans 3:25-26 is clear.  God put Jesus Christ forward as a propitiation, a wrath-bearing sacrifice, to satisfy the demands of his justice and to vindicate his righteousness.  At the cross, Jesus averted the wrath of God away from all those who would repent and believe the gospel.  As our substitute, Jesus absorbed all of the punishment that we deserved for our sin.  There is now no condemnation for those who are in Christ (Rom. 8:1).  The wrath of God was satisfied.  Jesus is the Savior who delivers his people from God’s holy wrath.