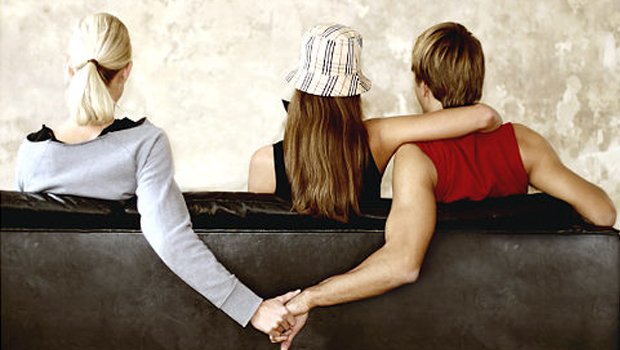 Yes  you read that correctly.  I indeed committed adultery against my wife.  While she was home with the kids, I was out with my new found love.  While she was cleaning the house, I was going city to city and state to state with my adulteress.  When she ended up in bed early, exhausted from a days work and efforts with our children, I was out late having the time of my life without the slightest bit of guilt.  I loved every minute of it and drank it down like water.

While that confession may be shocking to hear from someone in my position who preaches and writes about the Gospel, it’s not near as shocking as the identity of the adulteress with whom I had the affair.  Her name is Ministry.

How glorious a Savior I serve who would be patient with me, forgiving me, saving my marriage, and trusting me again with the message of the Gospel.

I was raised Roman Catholic and lived my life with just enough morality to soothe my conscience.  The convenience of a works-based salvation belief system such as Roman Catholicism allows one to compartmentalize his or her faith.  Daily communion with Christ was not a priority as I could drop by a confessional booth, recite a few prayers to a dead woman, and go about my merry way.

However, that pendulum shifted when I attended my first Protestant (non-denominational) church.  After a failed attempt at salvation with the man-made “sinner’s prayer”, God eventually saved me on the floor of my apartment in 2004.  Shortly thereafter, I worked my way from the soundboard to the computer to the drums to leading worship and eventually a youth “pastor”.  That is when the affair started.

In addition to heading up a youth ministry, I was also the worship leader and fronted a young band simultaneously.  The more responsibility my pastor would give me, the more I would dig in.  One night a week turned to two, then three, then whatever it took.  I was off and flying working for the Lord – or so I thought.

It was in the mix of this that I believe God began to truly move in my life regarding ministry.  I was feeling the stress of the work on my young marriage and turned to another pastor from an affiliated church that was supposed to be the model for our church.  I asked him how he did all the ministry work that he did, and still have time to take care of his wife.  His answer floored me.  He responded, “Well, if I’m out doing the Lord’s work, He’ll take care of her while I’m busy.”

It was through that horrible advice that God began to pull the blinders off my eyes as to the sin I was in.  It was that awful, unbiblical response that, I believe, ended up leading that pastor into a sexual scandal that rocked his father’s church and ministry.  And it was through that misguided advice that God placed me on the path of understanding just what it takes to be a minister of the Gospel.

I began to pray, fast, and read God’s word more diligently.  Through God’s providence I began to study under the teachings of faithful teachers such as Paul Washer and Voddie Baucham.  God’s working through their obedience taught me what Biblical manhood really is and ultimately saved my marriage.  The first time I met each of them, I recounted this story as I thanked them and sadly, mine is one that is more typical than you may want to believe.

You see many pastors, including the one I was under during this early time in my walk, wear the idea of sacrificing their marriages and families like a badge of honor.  Sadly, however, by their own admission they disqualify themselves.  Consider 1 Timothy 3:4-5:

By my ministry busyness and prideful desire for more pats on the back I was destroying my marriage.  With my success based on the modern day lie that “numbers mean obedience”, my sin of adultery was fueled with every new kid that showed up and parking place that was filled.  I was disqualifying myself from the ministry of the Gospel at breakneck speed.

Finally, conviction of the Holy Spirit weighed down my heart so much and His scriptures revealed to me just how deep of a mess I was in.  I pulled back from ministry, cancelled bookings for the band – that was the easy part.  The hard part was to turn to my wife and ask for her forgiveness and repenting of what I was taught regarding ministry and manhood.

Since then the Lord has blessed me with many opportunities to preach God’s word and sing His praises.  The best part of it all is the grace and mercy that God showed as I realized how close my wife was to leaving me and ending the marriage.

How glorious a Savior I serve who would be patient with me, forgiving me, saving my marriage, and trusting me again with the message of the Gospel.  Ain’t God Somebody?