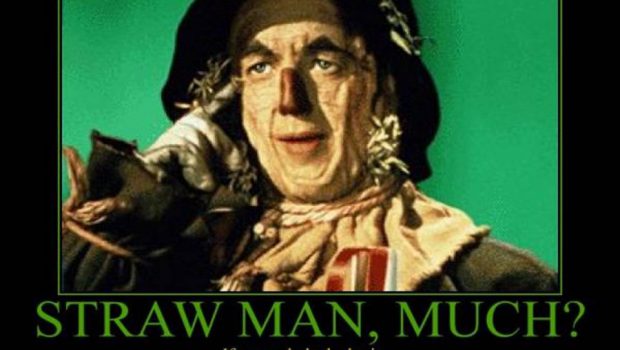 With the popularity of social media, everyone is a theologian. Or, everyone at least thinks they are a theologian. Facebook has helped make theological debate the great Evangelical pastime.

In one sense, this is good. I’m glad that so many people at least care about theology and what it means. On the other hand, this is bad. Just because someone thinks they have a valuable opinion doesn’t mean they actually have a valuable insight to contribute. But, being prone to pride as we are, most of us believe our views and positions are far more insightful and evident then they actually are.

The danger here is that we are commanded to love the Lord with all our mind (Matthew 22:37), recognizing that all knowledge is rooted and hidden in Christ (Colossians 2:2-3). And one of the ways we fail to love God with all our mind is by engaging in sloppy arguments. A bad argument runs the risk of being what Thomas Watson called verbal scribbling.

Being proud, we naturally want to view arguments in terms of win/lose instead of true/false or valid/invalid. Thus, if our argument is defeated, we take it as having lost. In fact, if we abandon a bad argument for a good one, we’ve actually won. The primary purpose of arguments, especially among Christians, should be to reveal truth. Our arguments should produce at least as much light as heat, preferably more light than heat. But if we are focused solely on “winning” in the sense of “defeating the other guy’s argument,” then we argue in a way that is dishonoring to God.

This is often most apparent in the fallacies we use in an attempt to win. To an undiscerning reader, the fallacy may seem convincing. And often we commit fallacies without even realizing we’re committing them. Among Facebook theologians, perhaps the most common fallacy is the straw man fallacy. This fallacy means someone has set up a position in such a way as to be weaker then the position actually held. This weakened version of the argument is then knocked over with the same ease a straw man may be knocked over, and the position said to be refuted.

Example 1: “Arminians believe in salvation by works.”
Answer: No, Arminians do not. Pelagians believe in salvation by works. You may believe that Arminians are really just Pelagians in disguise, but never attribute to someone a position they do not actually hold. You may think (as I do) that Arminians are inconsistent to believe in salvation by grace through faith. But again, when an Arminian affirms salvation by grace through faith we should not presume to tell them what they do and don’t believe. Rather, we should say “It seems logically inconsistent given your other beliefs.” We are free to point out what we think the logical implications of a position are, but we are not free to assert everyone who holds that position follows those logical implications where we think they should lead. What we should do is point out “I believe the logical implication of your position is XYZ.”

Answer: Yes, Calvinists do believe God is just and loving. Again, to avoid a straw man we must distinguish between the position actually held, and what we might think the logical implications of the position are. Many Arminians do think Calvinism logically implies God is not just and loving, but they proceed to tell Calvinists “You don’t believe God is loving!” Of course the Calvinist does, what the Arminian should say is “You believe God is loving, but I think this is inconsistent with your view of irresistible grace and election.”

Answer: Almost no position is composed of adherents who agree 100% of the time. It may be convenient to ascribe to your opponent a ridiculous position made by someone else who has some common position with him, but this does not mean it is actually your opponent’s position. To present it as such for easy refutation is the very definition of a straw man. Let those you disagree with define and describe their own position.

Example 4: “Your position is just a revival of an ancient heresy.”

Answer: This one is hard to answer, because at times it may be true. Sometimes people really do revive ancient heresies. But more often then not, especially in Facebook discussions, this charge is made without serious consideration and it is made solely to easily discredit the other person’s position. It’s possible their position bears superficial similarity to an ancient heresy, and this superficial similarity is used to discredit the whole position. When this happens, we have a straw man.

Example 5: This one is hard to give in quote form, because it involves ripping a statement out of context, and then presenting it as the person’s whole position. For example, suppose in a discussion of infant baptism someone said “I believe that, given at least one believing parent, we should baptize children.” Someone responds “You said we should baptize children, how ridiculous! We shouldn’t baptize Hindu children, or the children of Buddhists…”

Answer: As you can see, this position has been ripped out of context. The original comment did not suggest all children should be baptized, but only the children of at least one believing parent. No one believes all children should be baptized, and it would be unfair to the proponent of infant baptism to assert this. The three most important rules of exegesis apply in arguments: Context, context, context!

I think this adequately illustrates the point. Honor Christ with your mind, and don’t set up straw men in a cheap attempt to refute your opponents. Address arguments honestly, fairly, and logically. And remember that we all win when we genuinely seek the truth.