“It is not possible to be intellectually honest and believe in gods..." /> Science in Christian Perspective Part 1: Foundations – West Virginia for the Gospel
Articles 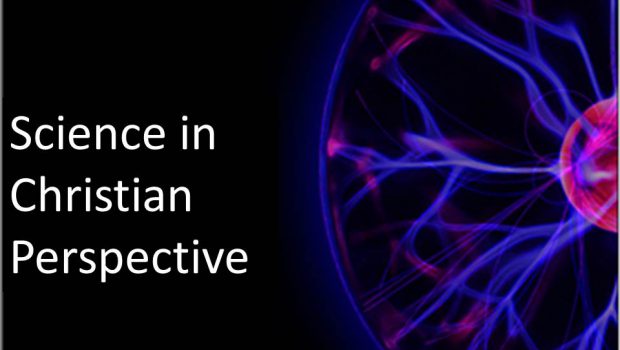 The above quote reflects what is the assumption of Western culture:  There is a deep and necessary conflict between science and religion.  To adopt a religious perspective is to cease to be scientific, to be scientific is to abandon religion.  Faith and science, it is assumed, are antonyms.  Like many assumptions of our popular society, this one is widely accepted, often repeated, has an aura of intellectual respectability, and is entirely wrong.

As with all important questions, we must begin with definitions.  What is science?  What is religion?

Professor Del Ratzsch defines science as:
“a theoretical explanatory discipline that objectively addresses natural phenomena within the general constraints that (1) its theories must be rationally connectable to generally specifiable empirical phenomena and that (2) it normally does not leave the natural realm for the concepts employed in its explanations” (Science & Its Limits, 2nd ed., 13).

I’m going to define “religion” very broadly as “belief that God, a god, or gods exist.”  I will use “God” to refer to the traditional omni-God of theism generally and Christian theism in particular.  In contrast, “god” is used to refer to a lesser or pagan god, one that does not have the omni-attributes, and “gods” will be used to refer to the pantheons of polytheistic gods.

Given these definitions, there is no explicit conflict between science and religion.  The conflict tends to come in one of two ways:

Another example, often related, would be a confusion of “science” with “scienticism” or “logical positivism.”  Scienticism states that empirical knowledge is the only legitimate source of knowledge.  If something is not true by definition or empirically observable, it is nonsense.  Of course, this view is neither true by definition, nor is it empirically verifiable, so by its own standard it is nonsense.  Hence, I will leave it at that and not consider scienticism or logical positivism further.

2.  The second way a conflict may arise between science and religion is a specific religious doctrine may conflict with scientific data or a scientific theory.  For instance, if the Bible teaches the earth is 6,000-10,000 years old than this conflicts with scientific data and theories that view the earth as billions of years old.  Or suppose you believe, as I do, that Adam and Eve were specially created by God and did not come to exist through an evolutionary chain of development.  This belief obviously conflicts with a certain part of evolutionary theory.  While there is no conflict between religion and science per se, specific doctrines and theories can conflict with each other.

With that said, I believe these conflicts are only apparent conflicts, not genuine conflicts.  The places where science and religion conflict are superficial, their agreement and accord is deep and substantial.

Perhaps the place of greatest accord between science and religion is the metaphysical foundation of science itself.  I refuse to accept any concept of “science” divorced from philosophy.  Science itself has philosophical assumptions that are necessary for science to be possible.  These assumptions are numerous, and they include:
1.  The existence of the external world.
2.  The correspondence of our minds with the world.
3.  The uniformity of nature.
4.  The intelligibility of nature.
5.  The validity of inductive reasoning about the natural world.
6.  The existence of the laws of logic.
7.  That truth exists and can be known.
8.  The existence of numbers and their correspondence with the material world.
[See Del Ratzsch, Science & Its Limits, 14; and J.P. Moreland and William Lane Craig, Philosophical Foundations for a Christian Worldview, 348].

Notice, these claims cannot be proved by science, but they are assumed in scientific investigation and theorizing.  These assumptions, along with others, are the metaphysical foundation on which science rests.

These assumptions can be explained in religious terms.  That is, a religion like Christianity that upholds these assumptions can provide foundational support to the scientific endeavor.  This is particularly true in regard to the correspondence of our minds with the world and the validity of induction.

Also, the 6th and 8th assumptions in the list above provide some warrant for thinking materialism as a worldview is false.  I would argue that neither laws nor numbers can ultimately be accounted for in material terms.  Hence, it seems immaterial objects do exist, and materialism is false.  Additionally, I would argue from the 7th assumption that truth can only exist inside of a mind.  Eternal truths can only exist inside of an eternal mind.  Mathematics gives us reason to believe there are eternal truths, and so there must be an eternal mind.

In any case, these assumptions are philosophical.  Science must always sit on a philosophical foundation.  It is my contention that religion, particularly Christianity, gives a better accounting of this foundation than do non-religious worldviews.  Christianity provides a firm metaphysical foundation on which the edifice of science can be built.  Contrary to popular opinion, there is deep accord between science and religion.  This is the beginning of science in Christian perspective.

In the next post, we will examine some of the ways in which Christianity contributed to the rise of modern science, further diminishing the idea that there is an ultimate conflict between science and religion.