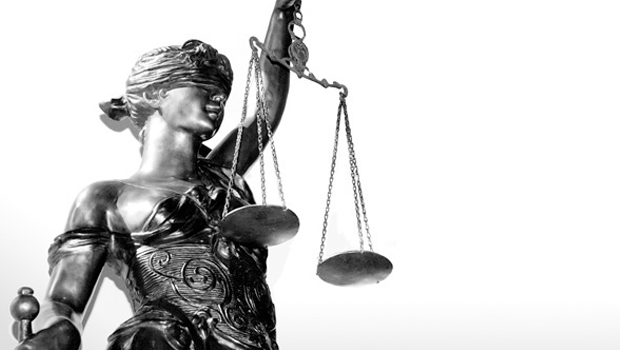 When we allow an unbeliever to corner us and expect us to prove God exists, they have essentially put God on trial and made themselves judge.  This is completely ludicrous, backwards, and the opposite of what Scripture teaches.

If you’ve been a Christian for any amount of time and the Great Commission is a reality in your life (Matthew 28:19-20), then you have inevitably encountered many folks who not only reject the Bible, but do so to the point of neglecting the existence of God.  It is at that point that many of us immediately resort to every fact and tidbit we can think of to “prove” that God does exist.

For example, many times over the years I have met the prideful unbeliever who denies the existence of God.  Most of the time I’d launch into a tirade of facts that went something like this: “How can you deny a book that has been written in 3 original languages (Hebrew, Aramaic, Greek) over 3 continents (Asia, Africa, Europe) by over 40 authors (most of whom never knew each other) over a period over 1,500 years ALL TELLING THE SAME STORY?!”  I’d continue showing how you can’t get that kind of collaboration among your family about an event that happened in your childhood.

Although that list of facts are true, trying to prove God with the method of presenting historical facts and evidence and offering up a reasonable answer for the faith that lies within us is Biblical (1 Peter 3:15).  It’s referred to as “apologetics.”  And as Peter says, we should be able to offer up an explanation for the hope that lies within us.  Yet, when making the case for the Creator to an unbeliever, eventually while presenting the evidence, as Paul Washer says, “…you will be pointing out the sun with a flashlight.”

By the way, did you catch that phrase there?  Reread that last line.  Therein lies the problem with the approach that we have to prove God’s existence to the unbeliever.  To see more clearly what is happening here, one needs to look no further than our court system.  In the a U.S. courtroom, we see something similar.  We see a defendant that needs proven innocent and a judge who makes the final decision.  When we allow an unbeliever to corner us and expect us to prove God exists, they have essentially put God on trial and made themselves judge.  This is completely ludicrous, backwards, and the opposite of what Scripture teaches.

The Bible is clear that it is impossible for anyone to be an atheist.  Let’s look at Romans 1:18-20:

18 For the wrath of God is revealed from heaven against all ungodliness and unrighteousness of men, who by their unrighteousness suppress the truth. 19 For what can be known about God is plain to them, because God has shown it to them. 20 For his invisible attributes, namely, his eternal power and divine nature, have been clearly perceived, ever since the creation of the world, in the things that have been made. So they are without excuse. (emphasis added)

Based on what the Apostle Paul has just said, where is any indication that we need to attempt to be some super-intelligent attorney?  Where in those passages does it indicate that God is so weak that He needs us to help Him out?  Where in those passages do we get the idea that if we don’t make a convincing enough case to the unbeliever that God cannot save them?  Where does Scripture allow for the existence of atheists?

According to the verses above, there is not one shred of instruction that we as believers need to prove God to anyone!  Rather we should begin our evangelistic efforts from the point of, “God does exist, the unbeliever knows it, and the unbeliever cannot claim logic apart from Him.”

Perhaps the best treatment of this truth can be found by former factory-worker-turned-evangelist Sye Ten Bruggencate (pictured on right).  By adhering to the truth of Scripture, he regularly outwits some of the brightest minds and some of the best universities as they are forced to admit there are only two streams, belief in God or absurdity.  He walks you through this method at his website ProofThatGodExists.org.  In fact, there is a DVD (title based on Psalm 14:1) that you should check out  where you can see Romans 1:18-20 applied in action at college campuses entitled “How to Answer a Fool” (order DVD here or watch/download here) that can be seen in the trailer below.

By trusting the Creator’s truth about His creation, we can approach evangelism from a fresh, new, and dare I say more Biblical, way.