Ther..." /> Seer Or Swindler? – West Virginia for the Gospel
Blogs 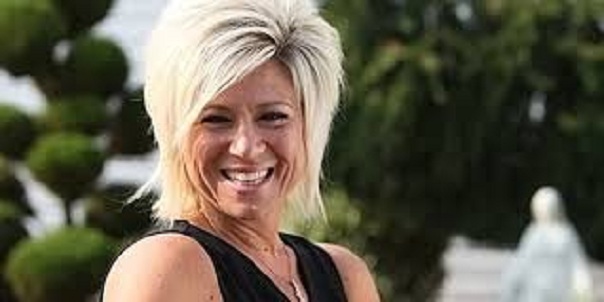 Theresa Caputo, the famed “Long Island Medium”, has been making headlines and gaining a sizeable following since the premier of her hit show in September of 2011.  Her energetic manner and amiable personality combined with her seemingly powerful “gift” of speaking with the spirits of the dead have propelled the series into it’s fifth season.

To anyone who takes the time to watch the show, it would certainly appear that Mrs. Caputo has been endowed with some sort of gift that enables her to communicate with the spirits of the deceased. Through her contact with something she calls, “Spirit”, she produces information that would be practically impossible for her to know without the aid of some type of supernatural ability.  It would appear that the purpose of her gift is to allow those who have passed on to relay to their currently incarnate relatives and friends that life on the other side is grand and they have been doing just fine since their demise and that they are even visiting the living periodically. Frequently, this type of information brings relief and closure to people after such “readings”.

However, Mrs. Caputo is not without her cynics.  Many have claimed that she is a manipulative charlatan preying on the emotions of the grieving and/or the naïve in order to make a buck.  This may very well be true.  Though Mrs. Caputo can come up with some very interesting information at times, her technique appears to follow the pattern of every other charlatan who has preceded her.

So, how can one tell a charlatan from the real thing?  It doesn’t matter in the least!  Whether a “medium” is a swindler or can indeed connect with the spirit realm, they are not truly speaking with the dead.  Those who contact the spirit world are speaking with fallen angels whose’ devious intent is to mislead individuals into believing the wrong things about God and the afterlife.

The purpose of this short blog is to apprise people of the truth about mediums.  Especially in light of the articles that have been circulating in the media this week declaring how Mrs. Caputo is “making believers of skeptics”.

Mrs. Caputo’s skills or abilities together with her widespread media coverage and the popularity of her show is breathing new life into this ancient occultic practice and we need to be aware of the truth behind ghosts and mediums as they relate to the Bible.  If you are interested in exploring this topic in more depth, click on the article on this web site entitled, “Ghosts, Mediums And The Bible”.