Colo..." /> Is It A Sin To Dance With Mary Jane? – West Virginia for the Gospel
Blogs 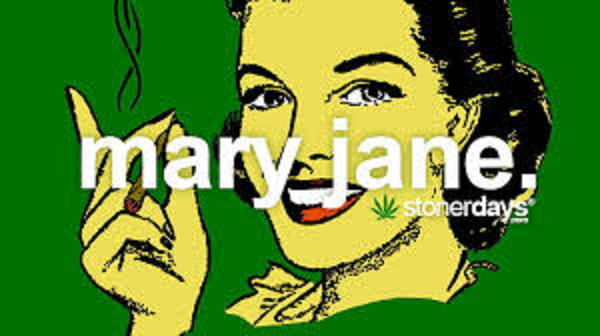 Colorado and Washington are only the beginning.  Currently, 13 other states, including our very own wild, wonderful West Virginia have pending legislation regarding legalizing the recreational use of marijuana.  Most Americans believe that eventually every state in the Union will lift the ban on this particular vice.

There is certainly no shortage of opinions on this issue.  I’m sure that each of us could offer up our own impassioned convictions as to the ethical and social impact legalization of this drug will have on our culture and country.  Our convictions divide us into two camps; those who believe that legalizing the drug would be a positive thing, and those that hold that it would be a big mistake.  There are a number of pros and cons that could be discussed at this point, but I am not about to attempt to get down into the weeds – no pun intended – regarding the perils and benefits of legalizing a drug such as this.  That is not the intention of this article.  The focus of this article is whether or not God would approve of a person indulging in marijuana for purposes other than medical mitigation of certain afflictions.

Now, we know that drinking alcohol is not a sin.  But, drunkenness is another story.  Ephesians 5:18 tells us not to get drunk with wine, for that is debauchery.  In 1 Corinthians 6:10 the Apostle Paul gives us a list of some of the types of people who will not gain access to the kingdom of God.  Among the thieves and greedy, the swindlers and the verbally abusive mentioned in the passage, we see that drunkards are included in the list.  Drunkenness is also mentioned in another list of sins in Romans 13:13: “Let us walk properly as in the daytime, not in orgies and drunkenness, not in sexual immorality and sensuality, not in quarreling and jealousy.”

Why is drunkenness a sin?  Because our bodies are to be the dwelling place of the Lord: “Do you not know that you are God’s temple and that God’s Spirit dwells in you? If anyone destroys God’s temple, God will destroy him. For God’s temple is holy, and you are that temple”, 1 Corinthians 3:16-17.  1 Corinthians 6:19-20 expounds a bit further.  It says: “Or do you not know that your body is a temple of the Holy Spirit within you, whom you have from God? You are not your own,  for you were bought with a price. So glorify God in your body”.  Beyond all of this, 1 Corinthians 10:31 tells us that no matter what it is we do, we should do it all for the glory of God.  Abusing one’s body and altering one’s mind with alcohol does nothing to glorify God.  On the contrary, it diminishes one’s ability to function as well as one’s accountability and responsibility.  Galatians 5:16-21 sums it up best.  It says: “But I say, walk by the Spirit, and you will not gratify the desires of the flesh.  For the desires of the flesh are against the Spirit, and the desires of the Spirit are against the flesh, for these are opposed to each other, to keep you from doing the things you want to do.  But if you are led by the Spirit, you are not under the law.  Now the works of the flesh are evident: sexual immorality, impurity, sensuality,idolatry, sorcery, enmity, strife, jealousy, fits of anger, rivalries, dissensions, divisions,envy, drunkenness, orgies, and things like these. I warn you, as I warned you before, that those who do such things will not inherit the kingdom of God.”  These verses and approximately 30 others throughout the Bible make it clear that God abhors drunkenness.  But, what does this have to do with marijuana?

We can glean from the previous scriptures that losing self-control through drunkenness is a sin.  It stands to reason, therefore, that any substance that alters the mind as alcohol does would be looked upon by God with the same attitude as He has regarding drunkenness.  There are plenty of other reasons to avoid this drug; from health reasons to public safety concerns.  But for those who have determined to follow the Lord, what the Bible has to say about it should be enough.

“Be sober-minded; be watchful. Your adversary the devil prowls around like a roaring lion, seeking someone to devour.”  1 Peter 5:8.