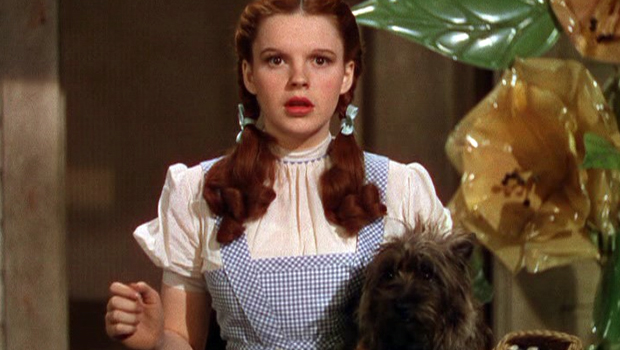 The Gospel Moment of the Wizard of Oz

A sense of seeing the true beauty and color of everything one had previously been missing due to the scales of sin that covered his or her eyes is realized in undiluted color.

One of the most cherished moments of a Christian’s walk is the time of regeneration.  The moment where the Holy Spirit unleashes that unbearable weight of conviction.  The moment where God removes your heart of stone and gives you a new heart, one of flesh (Ezekiel 36:26).  It’s the moment of rebirth, of which all must experience (John 3:3).

Though there are no words to truly describe the conversion, perhaps a long-time classic movie may offer a glimpse of what conversion may look like in cinematic fashion.  And it may show why some real conversions today are not as celebrated.  The movie is none other than MGM’s 1939 classic, The Wizard of Oz.  The scene happens when Dorthy steps out from the drab of her black and white home and into the Technicolor of the world of Oz.  Truly this was a take-your-breath-away moment for those watching it back in 1939.

I’ve discovered an interesting correlation of how the transition of movies from back in the days of black and white to today’s special effect monuments resembles how the church viewed salvation back then versus today.

The color contrast of the Gospel then…

Back in 1939, routine color television shows were not the norm.  So one could imagine the visually jarring effect this scene must have had to the viewers at that time.  Likewise, it is that type of experience one sees when regeneration becomes a reality.  Upon the moment God saves an unbeliever, there are some things that are broken off immediately, and others throughout the Christian’s walk (sanctification).  For example, God broke the addiction of nicotine off me immediately upon my salvation.  Before that point, I had used smokeless tobacco routinely for years.  Ask anyone who has used it and you will quickly find the god-like strength exhibited from which a choke-hold of addiction flows.  That was broken off immediately.  There are other things that were as well, and yet still other things I work through to this day by God’s grace.

Though certain things will be broken off immediately and some eventually, regardless, there is a sense of freedom.  A sense of seeing the true beauty and color of everything one had previously been missing due to the scales of sin that covered his or her eyes is realized in undiluted color.

It’s an excitement and realization that goes beyond the comfort of knowing one has eternal life through Christ.

It is that change when the individual begins to love what God loves and hate what God hates.

It is a vividness of awareness that you have not only been forgiven, cleansed, and adopted, but commissioned by the very King you sinned against.

The color contrast of the Gospel now…

Today, we can also see just the opposite.  Our senses have become overloaded with colossal cinematic moments like that of The Avengers defeating intruders from another planet while New York lies in ruins.  Our perception of reality is severely, and sometimes tragically, skewed with epic 3D films such as James Cameron’s Avatar.  What was a historic moment in cinemas that took the audience’s breath away in 1939 when a girl from the mid-west stepped into a colorful fantasy land has now become a mere afterthought as we set our eyes on the next invasion of our planet fought off by gigantic Transformers.

Likewise, the same could be said about how unbelievers and even the church view conversion today.  For many, conversion is too “1939” if it happens in the solace of one praying to God in private.  But by today’s standards, many seeker-friendly churches require conversion to be filled with emotion (which many times it is) accented with just the right hue of the stage lighting set against the backdrop of the latest, sappy 7-11 worship song. (“7-11 worship songs” are ones that repeat the same 7 words 11 times or more over and over until the emotional high is achieved.  Many times it is part of an unbiblical manipulation that pastors use to strong-arm someone into praying a prayer so they can pronounce them saved.)

By today’s standards in many churches, the moment of regeneration must have cinematic qualities in order for it to be considered legitimate or adequately celebrated.  No longer are quiet moments of conversion recognized or celebrated when a person simply comes under the conviction of the Holy Spirit, repents, and puts their faith in Christ Jesus as they weep uncontrollably realizing what was accomplished at the cross.  We should be of utmost cheer even when just one comes to Christ!

To put it in cinematic terms, we should seek conversions that are rated ‘G’ for ‘Godly in nature’, rather than those embraced that are rated ‘R’ for ‘Relevant in culture’.