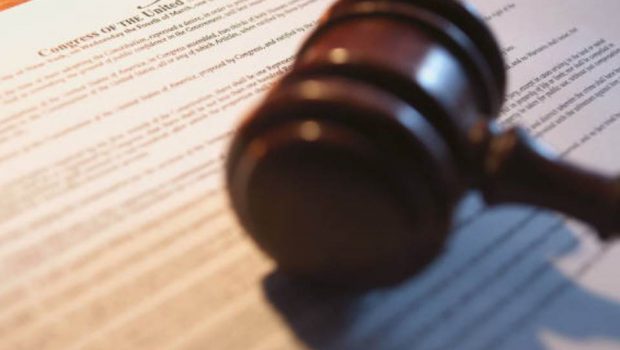 Be Judgmental! The Case for Moral Fortitude

“Jesus said not to judge, so you shouldn’t judge.”

“Christians should love, not judge.”

Such are the slogans we are surrounded by every single day.  We hear them on the news.  Our co-workers repeat them often.  This plague has even deeply infiltrated modern Evangelical thinking.

Behind such zeitgeist is not a considered opinion but a lack of true thought.  In our society, relativism and subjectivism are king and queen.  Everything is thought (and I use that term loosely) to be a matter of personal opinion or social custom.  Of course, when personal opinion is king, the only treason is personal offense.  When our god is how a statement makes someone feel, the only blasphemy is to make them feel bad.  We do not believe in any true moral standards in our society any longer, except the moral standard that you should not uphold a true moral standard.

The ancients would laugh us out of town.  This type of misguided and contradictory thinking would never find acceptance among Socrates, Aristotle, Aquinas, Descartes, or Kant.  These men understood the law of non-contradiction.  They knew that up was not down, that squares were not circles, and that two plus two does not equal five.

At root, when modern Christians say something like “Don’t judge!” or “That’s too judgmental!” what they are really saying is “I’m a spineless coward that has all the moral fortitude of a sponge in water.”

Perhaps that’s too judgmental.  But perhaps it needs to be to shake us out of our mental and moral sin of sloth.  Of course there’s certain judgments that Jesus did forbid, namely the hypocritical and legalistic type (see Matthew 7:1-6).  But given our context we need education on the type of judgment Jesus engaged in Himself and even required of His followers.

Consider that if Jesus was giving a wholesale categorical command against any in all judgments in Matthew 7, then Jesus Himself failed to follow His own command with any degree of consistency.  Jesus called certain people fit for hell, a bag of snakes, and whitewashed tombs (Matthew 23).  In our post-modern subjectivism Jesus would have been guilty of all sorts of blasphemies against the god of personal feelings.  Jesus routinely criticized the Pharisees, Scribes, and Sadducees.  Jesus made moral judgments, over and over and over again (see Matthew 5-7, for instance).  Either Jesus was a hypocrite of the highest order, or we modern Evangelicals misunderstand what He meant when He commanded us not to judge.  Given that I think Jesus is God and therefore perfect, I suspect the problem is with modern Evangelicals.

Jesus engaged in moral judgments, and commanded His disciples to exercise moral and doctrinal discernment (Matthew 5:17), and to discipline one another morally (Matthew 18:15-20).  Why did He do this?  Because living a life without exercising any judgments at all is impossible.  The one who says “That’s just your opinion” has just presented, well, an opinion, and one that they expect to be taken as a fact.  You can’t say “It’s wrong to judge” without making a judgment.  To say we should “love and not judge” is to make a moral judgment that love is the highest virtue and should guide our actions and thinking.

What is worse is many Evangelicals have agreed to play by the rules, the very rules meant to silence the church’s prophetic voice and beat us into submission before the debate has even started.  It is now commonplace to hear Evangelicals tell fellow Evangelicals, in the midst of promoting  a biblical position, “Don’t judge.”

This is nothing more than tyranny and totalitarianism.  When certain words and phrases are strictly forbidden and eventually eliminated from public thought, then we have a tyranny of the majority.  Might makes right.  If you can foist an idea on the unsuspecting public and pull it off through the right PR campaign, your idea becomes the cultural truth.  Never mind the fact that said idea has no grounding in reality.  Reality hurts people’s feelings, and we don’t want to be burdened with that.  What Big Brother has not accomplished with double-speak, the tolerance police will.

As committed Christians we cannot continue on in this state of affairs.  We need to reassert such controversial positions as truth is truth, right and right, and wrong is wrong.  We need to demonstrate a greater commitment to the God of truth than we do to personal feelings.  We need to stop caring that someone is offended by the fact that 2+2=4, and realize that the truth is worth giving offense.

We should never be judgmental simply for the sake of being critical or annoying.  And we should never be hypocritical in our judgments.  But we should, indeed we must, align ourselves with ultimate reality in the midst of a world that is rebelling against the fact the sky is blue.  We have a duty, as followers of Christ, to blaspheme the secular gods of non-judgmentalism (which is really just a god of licentiousness) and uphold moral truth.  If the society, and even if our fellow Christians, tell us we are judgmental then so be it.  Not all judgments are wrong.  The sky is not green.  Murder is not permissible.  Squares are not circles.

In the spirit of true love, be judgmental.