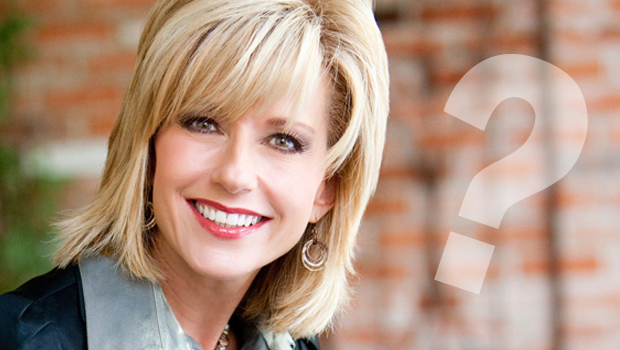 While I would not necessarily come out and call Mrs. Moore a false teacher or heretic, there is enough of her teaching that should warrant concern from a pastor regarding his flock or a husband guarding his wife.

Any time someone ascends to the ranks of stardom on the Christian stage, they will by nature come under a microscope by both supporters and detractors alike.  Some will fire away with baseless, unsupported accusations, and equally dangerous, others will mindlessly follow along without any discernment because some religious authority in their life or church approves.  God’s word instructs every believer to be like the Bereans and “examine the scriptures” (Acts 17:11).  In other words, whenever sitting under teaching of God’s word, always check to see that it lines up with scripture.

Beth Moore is such a teacher that I’ve come to see gaining more and more popularity.  Let me say from the beginning, I’m thankful for someone such as Mrs. Moore who God would bless with the ability to teach and who would devote her life to teaching God’s word to women.  I first heard of her at my former church which promoted her conferences to the congregation.  And why wouldn’t they?  As a Southern Baptist Church (SBC), they heavily rely on the SBC publishing arm, LifeWay.  And it doesn’t take one long while browsing LifeWay’s website to see that there’s quite a lucrative relationship to be had with Beth Moore and LifeWay Publishing.

Additionally, I have noticed some very dear brothers in Christ recently giving her even more credence by re-posting her recent post “It’s Hunting Season for Heretics” on their social media pages.  It’s my prayer that this information will cause them to reconsider.

Though there is a place and time for polemic preaching (preaching that is a strong verbal or written attack on someone or something), the masses of unbelievers will never be won to Christ by doing so.  Yet, we must consider that the majority of Paul’s writings addressed false teachers.  Additionally, we should not shrink away from calling out the wolves in our midst.  Romans 16:17-19 is clear:

Now I beseech you, brethren, mark them which cause divisions and offences contrary to the doctrine which ye have learned; and avoid them. For they that are such serve not our Lord Jesus Christ, but their own belly; and by good words and fair speeches deceive the hearts of the simple. For your obedience is come abroad unto all men. I am glad therefore on your behalf: but yet I would have you wise unto that which is good, and simple concerning evil.
Romans 16:17-19 KJV  (emphasis added)

There are many other verses (Matthew 24:24, 2 Peter 2:1, 1 John 4:1), we can get a good idea of what to do with such individuals.  The Apostle Paul says to “mark them” (from the Greek word ‘skopos’ meaning to “take aim at”) because they teach a contrary doctrine.  And then “avoid them”.

*****Now before we go further, I want to clarify something.  Charging someone with being a “false teacher” or (especially) “heretic” is not something to be done from the hip and on a whim because you’ve watched a couple YouTube videos.  When possible that person should be approached in love directly.  Sadly, however, many of the “Christian Rock Stars” are untouchable with layer upon layer of people guarding them.  I know because I’ve tried, but that’s another story. (For example, Matt Slick of Christian Apologetics and Research Ministry (CARM) who carries a whole lot more weight than any of us here at the WV4G has a request over 3 yrs. old yet to be responded to by Joyce Meyer)*****

While I would not necessarily come out and call Mrs. Moore a false teacher or heretic, there is enough of her teaching that should warrant concern from a pastor regarding his flock or a husband guarding his wife (the latter is myself).  CARM.org has a very comprehensive write-up on Mrs. Moore that you can view here.  I would instead like to point to a few things in summary and then show the biggest concern that has arose recently regarding Beth Moore.

Though her plan to salvation (titled “Looking for Peace with God”) on her website is thin on the weightiness of sin that drives a person to the cross of Christ, it is not the biggest concern (especially since this should be done regularly from the pulpit by responsible men called pastors).  The concern with her begins with how she exegetes Scripture.  Anyone exercising the position of a Bible teacher should have this nailed down.  Granted, this does not mean there will never be any mistakes, man at his core is a fallible creature.  Yet, repeated distortions of Scripture apart from traditional interpretations and the masses of responsible scholars should cause a concern.  Many of her teachings take Scriptures out of their context and assign them meaning to accommodate her teaching lessons (find them here under Exegetical Errors section).

Even more concern arises when one considers Mrs. Moore’s view on other teachings that are opposed to Scripture.  One such teaching is something known as “contemplative prayer” (detailed information here). In short, a person “centers” themselves focusing on a word repeating over and over to clear their mind so they can hear God’s voice.  Though it sounds innocent, it’s the opposite of what the Bible tells us.  We’re told to pray with our minds (1 Corinthians 14:15).  In fact, Romans 12:2 tells us to renew our mind, not empty it!  This is a gateway practice for mysticism in the church.

Another concern is Mrs. Moore’s repeated “visions” and “revelations” from God which are also problematic (a thorough reading here).  Again, as a responsible Bible teacher, it should go without saying that one needs to realize words have meanings.  When one says, “God told me…” or “I heard God say…” it is very possible that one may mean that through the Holy Spirit, God has impressed something upon our hearts (2 Corinthians 1:22).  I get that.  Yet, in the English vernacular, “told” and “heard” have audible meanings.  You may think I’m just picking here, but I’m speaking from experience.  As a new believer at a church we attended years ago, this irresponsible speech caused a major stumbling block for my wife (and other believers I’ve spoken to over the years).  She doubted her faith and ultimately God as she didn’t “hear” Him talking to her as often (supposedly) as many folks, including the pastor did.  Every Sunday, “God told me…” this or “I heard God say…” that.  Not only is this harmful to new converts, it also leads to and logically progresses to the false idea of extra-Biblical revelation.  Our Canon is closed.  Why do you think your Bible is bound with glue and not a 3-ring binder? 🙂

Finally, this all leads to my final and most serious concern with Beth Moore.  And with this one, I would call it a charge against her.  A recent YouTube video (see below) shows what appears to be a joining of Mrs. Moore to one of the most well-known false teachers in the circus known as TBN today, false teacher Joyce Meyer.  Yes, you read that correctly.  Watching the clip, Mrs. Moore is more than agreeable with Joyce Meyer.  And most dangerously, Mrs. Moore promotes unity with such a wolf.

Friend, before you close this page and consider me extreme and over-protective, let’s quickly look at what Joyce Meyer teaches.  As you read each one of these, consider this is who Beth Moore is promoting unity with.  Joyce Meyer teaches (actual links to sound and video clips here):

Now if I was a betting man, (though I’m not) I’d wager that Beth Moore would rebuke such heresy, and rightly so.  These are not simple differences like tongues or no tongues, baptism by sprinkle or dunk — NO, these are matters to do with who Christ is and what He’s done!!  Contrary to Mrs. Moore’s amicable attempt at peace, we are to “take no part in the unfruitful works of darkness, but instead expose them” (Ephesians 5:11).  By appearing with such a false teacher, Mrs. Moore has opened the door for Joyce Meyer into otherwise Biblically-sound circles and churches.

I pray that Mrs. Moore would renounce her apparent partnership with such a person as Joyce Meyer.

I pray that Mrs. Moore would understand that a teacher of such heresy is not a “sister in Christ” who we should seek unity with.

I pray that Mrs. Moore would use her love of Scripture to compare and see how contrary Joyce Meyer’s teachings are to it.

I pray that Joyce Meyer would publicly renounce such teachings and admit their error and be restored to a responsible teacher if it be God’s will.

I pray for brothers in Christ who shepherd flocks (especially within the Southern Baptist Convention) to be aware and prayerfully watchful over their flocks regarding this free pass Beth Moore has given to a dangerous teacher such as Joyce Meyer.

I pray this all happens before it’s too late.