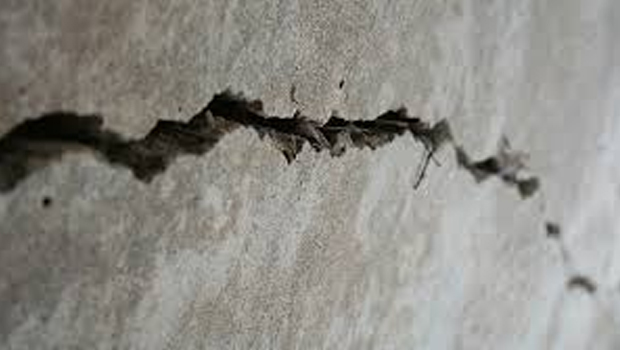 One of the key signs of being thoroughly compromised is not even realizing all of the ways in which we are compromised, being able to see as attacks only those chess moves that put us in check, while not realizing that the previous moves were the real problem in the first place. So we decry being in check, but advocate playing the game in exactly the same way that led to our position in the first place.

Perhaps the most fundamental way this has happened in American Evangelicalism is agreeing to play by the secularist rules. We let them make the rules, and change the rules mid game, and then wonder why we can’t win. Maybe, just maybe, it has to do with the fact that the rules are designed to make biblical Christianity lose from the start. Our compromise was not in opening D4, but in playing the secularist’s game from the start. We lost by sitting down at the table and shaking hands. Everything after that was mere formality.

“What do you mean?” and “What’s with all the chess analogies?” I’m glad I’m pretending you asked. Let me use some concrete examples.

Or take the issue of abortion. We think Roe. v. Wade is the great compromise. And it is a compromise, a devastating one. Yet the prior compromise is in conceding that the Supreme Court has a right to legalize abortion. When the Supreme Court of the United States makes a decision that is manifestly immoral, righteous people will stand up with the full authority of the natural law and Divine commands and say “No, your decision is null and void.” The Supreme Court may have authority to judge the Constitution, but it most certainly does not have authority to judge the moral law. Rather, the moral law stands in judgment upon the Court itself.

We could talk of more subtle, but no less dangerous, compromises as well. In public discourse we are told we have to be “neutral” and to make our arguments on a “secular” basis. Religious arguments can’t carry public weight. Balderdash. Poppycock. Nonsense. To say we can only make “secular” arguments is not to be neutral, but to be deliberately anti-religious. Van Til and company are right that there is no neutrality. You are either for Christ or against Him, working with Him or working against Him (Matthew 12:30). There can no more be “neutral secular arguments” than there can be geometry without an angle (and I mean that in multiple senses). The Christian, who reasons as a Christian, does so with their feet planted firmly on the Word of God. The secularist who reasons as a secularist attempts to do so with feet planted firmly in mid air (to borrow from Koukl and Beckwith). Of course, this is impossible, so they borrow footing from Christianity, all while denying they need Christianity.

The issue is not merely present in public policy discussions, compromise has completely infiltrated the church itself. We talk about “worship preferences,” as if God has not told us in no uncertain terms how He is to be worshiped. We think the whole debate it about “style” and “contemporary or traditional?” If those are the questions we seek to answer, we’ve asked the wrong questions from the start and so will inevitably come up with the wrong answers. Let us start with “What does the Bible teach about worship? What does the Bible teach about the nature of beauty? Who is God, and is our worship befitting of Him?” I suspect that a biblical view of worship will lead us to conclude that worship is far more than what happens on Sunday morning (though it certainly is not less than that).

In counseling pastors are far more likely to look at the most recent psychological studies than they are to crack open the Bible. I thank God Jay E. Adams confronted this compromise decades ago, and that his work has gained substantial traction. Yet there is still a long way to go and much work to be done. The vast majority of “Christian counseling” remains completely secular with only a thin veneer of Christian terminology sprinkled in. When Freud gets more air time than Jesus among Christian counselors, we have a serious problem.

And this is the problem here and in dozens of other areas which would take volumes to address: Our compromise is so deep, so overwhelming, so complete and thorough, that we are not even able to recognize much of the compromise as compromise at all. We are so compromised in so many areas that we are completely myopic and unable to see anything beyond the mere surface. We simply accept what happens in the majority of Christianity, without ever questioning “What does the Bible say about this?” We take for granted that what we have always seen in the church constitutes biblical Christianity, when much of it is so manifestly unbiblical that only our unwitting compromises can blind us to the reality.

The solution must be three-fold. First, we must repent. All true change in Christianity begins with repentance (2 Corinthians 7:9-10). Second, we need pastors who give up the desire for respectability and renown and unrelentingly preach the whole counsel of God (Acts 20:27). This, of course, includes the Old Testament, which through our compromise has been relegated to irrelevance. There is no more complete picture of holiness, apart from the life of Christ, then the Old Testament by which Jesus ordered His entire life. Third, we need Christians who will be Bereans (Acts 17:10-11), and demand that pastors and Christian leaders teach and preach directly from Scripture itself. Stop demanding relevance. Stop demanding rock concerts. Return to the Word of the living God, rightly understood and rigorously applied to all of life.