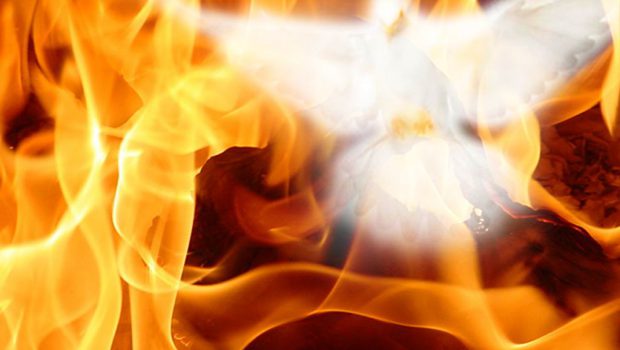 If you know me, you know I am one of you. I am an associate pastor at a Pentecostal church. I volunteer with Chi Alpha, the Assemblies of God college ministry. A Pentecostal church was founded in my paternal grandmother’s home. At times I have even undertaken to defend our doctrines from cessationist critics.

Yet I’m an awkward Pentecostal. I don’t really fit in very well. I stand between two families of Christians, Pentecostals and charismatics on one hand, and my more reformed Baptist and Presbyterian brothers and sisters on the other hand. This is not a normal place to be. My reformed friends find my belief in the gifts a curiosity, an enigma, an outlier and anomaly. My Pentecostal and charismatic friends find my Calvinism to be strange, if not antithetical to Pentecostalism itself. This despite the fact that the Pentecostal and charismatic movements have always been highly ecumenical, spanning denominational boundaries and finding homes in a vast array of theological contexts.

But more than that, I’m an awkward Pentecostal because I say things like what I’m about to say: Brothers and sisters, we are not cessationists.

“Of course we are not, everybody knows that, how could that be controversial?” I’m glad I pretended you asked (thanks to Dr. James Kinnebrew for that). While everyone knows we believe that miracles continue to happen, and the gifts of tongues has continued, when it comes to certain gifts we are practical cessationists.

Let me explain what I mean. We all surely know that if the gifts are not properly emphasized and taught, they will be neglected and not practiced. We have heard this warning a thousand times in regard to things like Baptism in the Holy Spirit. What many have apparently failed to consider, however, is that our emphasis on a relatively few gifts might lead to our neglect of a great many other gifts.

Namely, we are practical cessationists when it comes to the gift of discernment (1 Corinthians 12:10). We are quite willing to accept almost anything as speaking in tongues, even when it is quite evident that what is happening is not biblical tongues at all. We are quite willing to accept almost anything as a word of prophecy, even when it lacks nearly all the characteristics of true biblical prophecy. But if someone rises and demands we exercise discernment, we silence their voice and tell them they should not “question God’s anointed.” Yet if we read 1 Corinthians 14:29, we see we are commanded to judge prophecy. It is not a given that what is being said is true, or biblical, or legitimate prophecy.

Yet on this issue it is the cessationists who have been better and more faithful continuationists than the alleged continuationists have been. We are upset with things like the Strange Fire conference and book, yet did it ever occur to us that perhaps the gift of discernment was exercised by someone outside of our Pentecostal/charismatic circles because none of us were willing to submit to the Spirit on this issue? Perhaps if we had exercised discernment as the Bible commands the rebuke would not have had to come from a cessationist brother.

Our silence on teachings like the “Prosperity Gospel” is our shame. Our inability to stand with a united voice and call demonstrably false prophecies what they really are has caused confusion in our churches. Many of us long to see a genuine move of God, as we believe happened in the early days of our movement. But I don’t believe God will move in a way that will promote false teaching or unbiblical practice. And until we learn to exercise a true gift of discernment, I don’t think God can trust the modern Pentecostal/charismatics with such a move.

If we want revival, as must agree with Tozer that revival is not more of what we now have. There is no revival without reformation, and if we as Pentecostals and charismatics will not reform ourselves biblically then God’s great act of mercy toward us would be to let our movement die and raise up people who will more consistently and fully submit the the Spirit through the Word in all of life.