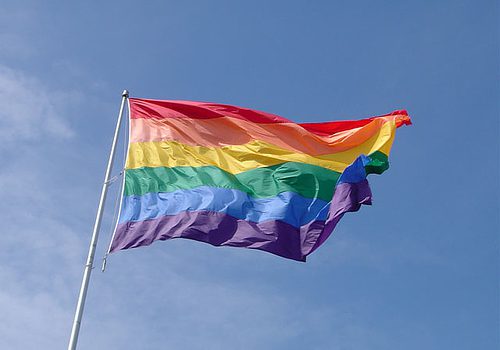 The Supreme Court’s same-sex marriage ruling in Obergefell v. Hodges has created no small amount of controversy, even as proponents of gay marriage are celebrating the legal precedent that was established. For Evangelical Christians committed to a high view of Scripture, we cannot change our understanding of marriage simply because the legal understanding of it has changed. That aside, many of the arguments used throughout this debate have been merely rhetorical at best and clearly fallacious at worst. The country has debated this issue more emotionally than it has rationally, and often times arguments on both sides are quite simply terrible.

Before discussing some of these specific fallacies, I need to lay a few ground rules. First, I am an Evangelical Christian committed to Biblical inspiration and inerrancy. At the end of the day, I take Scripture to be my highest authority. Because my view of Scripture entails holding that sexual relationships are only appropriate between one man and one woman in marriage, I am committed to defending that view. Second, while I share that view with many other Evangelical Christians, that does not mean I endorse every argument they put forward. In the same way, I know that not every proponent of gay marriage would endorse every argument put forward by every other proponent of gay marriage. Both sides have people committing fallacies, and it is high time we start calling fallacious arguments what they are. Third, I recognize that pointing out one fallacious argument does not necessarily discredit the entire position. It is not my intention to do that in this post (or these posts, we’ll see how far this goes). My intention is to point out some obvious fallacies and call both sides to higher standards. While the legal debate is pretty much settled (even if it has been settled wrongly), the moral debate will continue and we need to raise the standard of discussion in that debate. Fourth, and finally, some people may take the term “homosexufallacy” to be disparaging and unnecessarily divisive. If you want to take the term that way, I cannot stop you. We live in a society that loves to take offense and play the victim. Just know that I’ve defined my intention behind the term very clearly, and if you ignore the definition I gave for a term I coined, that is your own fault.

With all that said, let’s address some of the obvious fallacies. This list is not exhaustive, and I may address more fallacies in future posts:
1.  The Victim Fallacy: This fallacy is often called an appeal to pity. This is when someone claims to be in a pitiable position, which plays on your emotions so you want to sympathize by agreeing with them. We see this play out in claims of victimization, if you disagree with someone you are “judging” them or “oppressing” them. In short, if you can convince people you are taking greater offense then the other person is, you win. This is a great strategy for playing on people’s emotions, but it does nothing to establish truth.

2.  Blaming the Victim Fallacy:  This is when someone actually is a victim of some injustice (as opposed to simply making an appeal to pity), but other people assume the victim somehow caused or deserved what they got. Both sides are guilty of this one in various ways. The pro-gay side tends to think conservative Christians deserve to face some civic persecution and marginalization because of our opposition to gay marriage. We conservative Christians run the risk of blaming gay people for hate crimes that are committed against them. Both positions are wrong.

4.  The Genetic Fallacy:  If pro-gay people are often guilty of the naturalistic fallacy, we conservative Christians are often guilty of the genetic fallacy. This is the idea that by explaining the origin of a belief, we can discredit it. Thus, when a conservative Christian says “homosexuality is caused by a bad relationship with one’s father,” even if that were true, it would not prove homosexuality was immoral. On the other side, pro-gay advocates often state things like “That belief comes from the Bible so we don’t accept it…” The fact that a belief may originate in the Bible does not mean the belief is false. In fact, in an Evangelical’s mind, it means the belief is true. We need to move past the genetic fallacy.

5.  Appeal to Authority:  This one is tough, because pragmatically many of our arguments appeal to authority, “Most scientists believe XYZ…”. In the right form, appeals to authority are not always fallacious. But they are often fallacious, and this is because people use arguments like this, “Person X has a doctorate, and they say homosexuality is normal.” Or on the reverse, “Person Y is a psychiatrist, and they say homosexuality is harmful.” The fact is very intelligent people are divided on this issue, and if both sides simply quote authorities that agree with us, we will get no where. We have to move beyond raw appeals to authority and start looking at all the actual evidence.

6.  Circular Reasoning:  Everyone should know what this fallacy is, “X is true because Y, Y is true because X.” Your premise assumes the conclusion. This often plays out in how we use the word “love” in this debate, “We must act in love, acting in love means allowing gay marriage, thus we must allow gay marriage.” This fallacy could often be avoided with some careful definitions, but nobody wants to do that anymore. It is way more fun to just beg the question.

Well, there are six homosexufallacies to get the ball rolling. There are many more, and I may have some future posts on this. In the meantime, argue like the rational person you are.