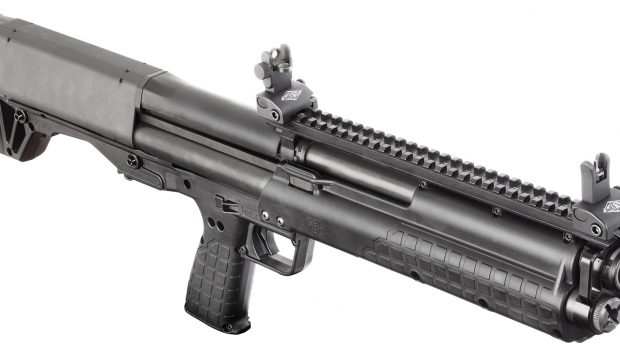 John Piper has created a small dust up with an article he wrote responding to Jerry Falwell, Jr. here. Several capable men have offered responses to Piper, including James White, Joel McDurmon, and Douglas Wilson.

As a matter of full disclosure, I am a gun owner. A few months ago I organized a concealed carry class and used my church building to host the class. I have, from the pulpit, actively encouraged my congregation to bear arms. Based on my calculations, as much as one quarter to one third of my congregation is probably carrying concealed on any given Sunday. This is a statistic I am quite happy about.

Those of you who know me know I am quite a fan of John Piper, James White, and Douglas Wilson. I have no ill feelings toward Joel McDurmon, I just have not read enough by him to really consider myself a fan. What little I have read by him, I have tended to agree with, often enthusiastically. I enter the fray recognizing my voice in this conversation among giants is limited. But perhaps I will say something useful.

First, I simply want to echo a point Douglas Wilson made in his article. True manliness is following and submitting to Scripture, whatever that means. There is a lot of bluster right now about how John Piper is not being sufficiently “manly,” as if there is some standard of true manhood that stands above the Bible itself. If John Piper’s reading of the Bible is right, he is doing the most manly thing possible and submitting to Christ as Lord.

This raises a second point, and this one has to do with our tendency to compartmentalize things. In American Evangelicalism, we create lots of dichotomies. We are fine with talk about the Lordship of Christ, so long as we that doesn’t spread into having our three car garage or purchasing an AR-15. We believe the Bible is true in all that it teaches, but we are happy to report there are a great many subjects about which the Bible does not teach. This type of thinking needs to be demolished. And I mean that in the sense of a jackhammer hitting concrete, or a wrecking ball hitting a building, not merely in the sense of a bull in a china shop. A bull in  a china shop might leave the building in tact, and would certainly leave the foundation in tact. I’m suggesting blowing that whole things to smithereens.

Jesus Christ is Lord of all of life. The Bible is true in everything that it teaches, and it teaches about everything (I cannot remember who said this, perhaps J. Gresham Machen?). If the Bible teaches we should not own and use guns, then we should not own and use guns, no questions asked. And all of this despite whatever cultural conceptions of manhood, individual rights, and husbandly duty we have allowed to creep into our thinking.

Now, with that said, I do not believe this is what the Bible itself teaches. One man’s modus ponens is another man’s modus tollens. If the Bible teaches that we must own guns, and that we should use them under certain circumstances, then we must own them and use them under certain circumstances, no questions asked. And all of this despite any cultural conceptions of the meaning of love, self-sacrifice, and submission to government we have allowed to creep into our thinking.

This is my first critique of Piper and his position. Piper completely and entirely ignored the Old Testament as he built his argument. He had little to say about the duties of a husband in protecting his family. Piper focused almost entirely on martyrdom and suffering against evil. The Bible does teach on these subjects, as Piper made abundantly clear. But these are not the only relevant subjects in this discussion. Theology has to deal with the whole scope of biblical revelation, and Piper has not done that on the subject of guns and self defense.

Second, even in addressing martyrdom and suffering, Piper has not made some important distinctions. Is there a difference between being killed as a martyr, as Jim Elliot and company were, and being killed as a victim of geo-political terrorism? I happen to think it is not at all inconsistent to be willing to die in the first case, and willing to kill in the second case. I happen to think that I derive this position from the Bible, not in spite of it. In any case, these are the sorts of questions we need to ask in this debate and the types of distinctions we need to draw.

Third, Piper brings up government, and points out that under Romans 13 it is the government that rightly bears the sword. This is true, as far as it goes. But what about when a government delegates to citizens the responsibility to bear the sword in certain circumstances? Our government, having the biblical right to bear the sword, has delegated this right to citizens as well in matters of self defense. Is such a delegation biblical? Does it provide adequate covering for private citizens to exercise that authority? This is a question of application we need to address, given that we live in a society where the government has extended to private citizens the legal right to act in self defense.

Fourth, we really do need to have a serious discussion about manhood and the implications of the biblical teachings of man as protector to these issues. I think Piper acknowledges this biblical teaching, being a complementarian as he is. How does this apply in matters of self defense? This is important, and we need to answer it.

I know I have raised more questions than I have offered answers, but perhaps it will help guide this discussion as we move forward.