Herb..." /> Can We Put Our Faith In Faith Healing? – West Virginia for the Gospel
Blogs 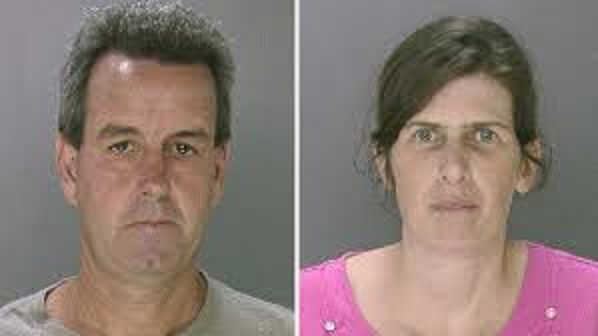 Herbert and Catherine Schaible have recently become the topic of news reports for their reliance on their faith in God’s healing powers as opposed to modern medicine to restore the health of their 8-month-old son, Brandon, who had begun exhibiting breathing problems, loss of appetite and diarrhea.  Unfortunately, their confidence in God’s healing ability proved to be either somewhat lacking or completely misplaced or both.  After about a week of suffering, their little son finally succumbed to his illness and died.  To make matters worse, this is not the first of the couple’s children to suffer the same fate.  About four years ago, another of their children died from complications from pneumonia after Herbert and his wife refused to take the child to see a physician, opting instead to call on the Lord’s healing powers.

Herbert and Catherine belong to a fundamentalist Christian church that believes in faith healing, but his is not uncommon in our country.  It is likely that any one of us can find at least one church – fundamentalist or otherwise – in our individual communities that asserts some degree of belief in faith healing.

The death of little Brandon Schaible is unfortunate.  But, it is just one of many deaths across the nation – and, in fact, the world – that can be attributed to a misguided or insufficient reliance on God’s divine grace.  His death leaves us with many questions; the most pressing of which are; is faith healing Biblical?  Is faith healing a gift for modern-day believers?  Why does it seem that faith healings sometimes fail?

In James 5:14-16 we see that healing – both physical and spiritual – is indeed Biblical.  We see that it can come through the intercessive prayer of the leaders of a church.  We can also infer that praying for one another and confessing our sins to each another are effective practices that will lend themselves to supernatural healing.  Lastly, we see that it would be to our benefit to have those who are the spiritually strongest among us to pray for our healing because their prayers are the most effectual.  Moreover, in 1 Corinthians 12: 8-9 we are told that many different supernatural gifts were distributed among the believers in those days and amid those various gifts was the supernatural ability to heal.  Lastly, Jesus appointed His disciples to continue the ministry He had begun.  This included healing the sick and raising the dead. Matthew 10:5-10.  Given these references, it is easy to ascertain that faith healing is Biblical.  But, is it a power that has spanned the ages into our modern time?

Let’s first consider the purpose of faith healing.  You see, prior to Christ’s ministry, God was establishing Himself as the one true God to the Israelites and, as necessity dictated, to some of the pagan cultures that the Israelites had encountered periodically.  With the coming of the Messiah, the Lord was now prepared to confirm His supremacy to the entire world.   One of the primary means by which God began to demonstrate His superiority above all the other so called “gods” being worshiped in those days was that He distributed supernatural powers to His followers in order to further His witness to the world.  Hebrews 2:4.  Furthermore, those gifts were meant to be used among the believers to serve one another.  1 Peter 4:10. This would most certainly have served to bolster the faith of those believers who, at that point in history, were met with no small amount of resistance as they strove to establish the preeminence of the Lord amongst cultures that had followed their false gods with fierce devotion for thousands of years.

Now, the Gospel has been spread around the world, distinguishing Yahweh as the one true God.  The Bible remains the best-selling book of all time and Christianity is the largest religion in the world with over 2 million followers.  Thus, the need for signs and wonders has all but ceased.

I am not asserting that God no longer performs miracles by any stretch of the imagination.  I have seen His work in my own life.  But, one must admit that we do not see the gifts of the Spirit in nearly the same abundance and potency as was witnessed during the period that the Gospel was becoming established.

To date, we have no medically verified supernatural healings to point to.  Even if some healings were to become confirmed as miracles by the medical community, most of us would simply reason that we just don’t have a scientific explanation for the event as of yet, but given time, science will explain the unexplainable.

Other than the absence of need for supernatural gifts now-days to confirm God’s primacy, we also must consider that the Christian religion is a faith-based religion.  It is our faith that saves us through God’s grace, Ephesians 2:8.  Given this fact one could reason that an abundance of signs and wonders from God would pretty much take reliance on faith out of the equation.  Lastly, we have to factor in the sovereignty of God.  While Matthew 21:22 plainly states that what we ask for in prayer we will receive if we have faith in God, we see that one of God’s most devoted and steadfast servants, the Apostle Paul, had asked God to relieve him of a certain problem, yet God did not do so, 2 Corinthians 12:7-9.  One would be hard-pressed to find someone who could effectively argue that the Apostle Paul lacked the faith in God necessary to have God answer his prayer.  God simply had other plans for Paul that required that he struggle with whatever burden was plaguing him for reasons that God only knew.  Paul had enough faith and trust in the sovereignty of the Lord to know that God’s reasons for not taking away the burden were not based on cruelty, but on love.  Furthermore, in Luke 22:42, we see that Jesus, Himself, prayed to be delivered of the fate He was about to undergo, but His Father did not answer that prayer either.  We have to realize that God will give us what we pray for provided that we have the faith necessary to believe we will receive it and provided it does not interfere with any of His righteous, sovereign plans for us or others.  We also must understand those whou would see their prayers granted must seek to abide in Christ as He tells us in John 15:7.  In the end, we must bow to the sovereignty of the Lord and realize that the ways of God are higher than our ways and His thoughts higher than our thought,  Isaiah 55:9, and in some cases, He has plans that all the faith and prayers in the world will not change because God is more interested in our character than our comfort and He is more interested in our holiness than our happiness.  It is a shame that Mr. and Mrs. Schaible didn’t consider these things when praying for the health of their late children.

So, should Christians attempt faith healing in this modern age?  Nothing in God’s word would refute that this supernatural gift can still be granted to believers.  But, God also granted us the aptitude to create medicines and learn how to mend our bodies and applying this knowledge and skill towards conventional healing is not a show of a lack of faith on our parts as Christians.  Physicians can be viewed as an alternate  means through which God brings healing.  Ultimately, our faith and trust is to be in the Lord.  We can trust Him to point us toward the right doctors and medications with as much faith as we can trust Him to heal us via a miracle as long as we keep in mind that, as with all difficult decisions, we should seek God first, who promises to give us wisdom when we ask it of Him, James 1:5.