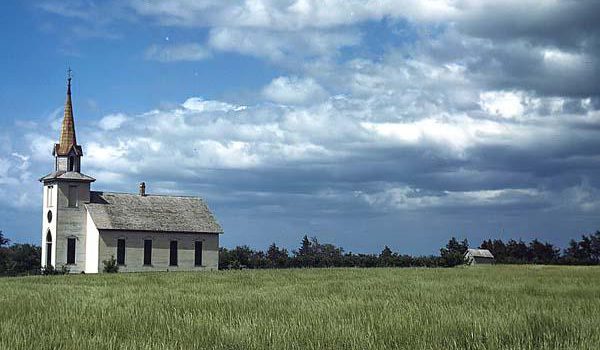 He entered Jericho and was passing through. And behold, there was a man named Zacchaeus. He was a chief tax collector and was rich. And he was seeking to see who Jesus was, but on account of the crowd he could not, because he was small in stature. So he ran on ahead and climbed up into a sycamore tree to see him, for he was about to pass that way. And when Jesus came to the place, he looked up and said to him, “Zacchaeus, hurry and come down, for I must stay at your house today.” So he hurried and came down and received him joyfully. And when they saw it, they all grumbled, “He has gone in to be the guest of a man who is a sinner.” And Zacchaeus stood and said to the Lord, “Behold, Lord, the half of my goods I give to the poor. And if I have defrauded anyone of anything, I restore it fourfold.” And Jesus said to him, “Today salvation has come to this house, since he also is a son of Abraham. For the Son of Man came to seek and to save the lost.” (Luke 19:1-10)

This stands out because we often demand the exact opposite in our American version of discipleship.  American discipleship goes, “You can only be a disciple of Jesus if you believe the right thing and try really hard to behave the right way.  Only then can you belong.”

Yet, Jesus stands in stark opposition to this form of discipleship.  How did Jesus call disciples?  By calling them to the front?  By asking them to raise their hand in service?  By telling them to fill out a ‘connect card?’  By making them join a membership class?

“Come and follow me and I will teach you…”

At the end of the Zacchaeus story, Jesus paraphrases Ezekiel 34.  In Ezekiel 34, God is haranguing and chastising the “shepherds” of Israel for their lack of care for the “sheep.”  God says,

In the dramatic conclusion to this section, God says,

Jesus looks at Zacchaeus and says, “You are a lost sheep that hasn’t had a place to belong and you are why I came.”  Meanwhile, he underhandedly chides the Pharisees and Sadducees who are watching this all unfold saying, “This is a son of Abraham, a sheep of God that you shepherds lost.  And I’m here to welcome him back.  I’m doing your job.”  (He does something very similar with the Lost Parable in Luke 15)

But it doesn’t end there.

Coupled alongside his invitation to belong is an invitation to behave.  And the best part is that he offers to help.  He offers to teach.  He offers himself as an example.  He says, “You want to know what God is like?  Watch me.”  “You want to know what Christianity is like?  Watch me.”  And then, at the end of his three years with them, the disciples start to get it.  They begin to believe.  Jesus plays the long game.  He invests time, energy, money…his life because he is after disciples.

He offers an invitation to belong so that we can learn to behave which will lead to our belief.

Take a look at the movie Saved! as an example.  It takes a satirical, tongue-in-cheek look at evangelical Christian culture.  To be fair, it’s certainly an over the top at times and I don’t agree with all the conclusions the film comes to, but the overwhelming sentiment from the “Christians” in the film is, “If you don’t believe what ‘we’ believe, then you don’t belong with us.  And if you want to belong, they you have to believe and start behaving.”  In the end, the protagonist in the movie finds a place to belong…among the “sinners” who have been cast out by the “Christians.”  If that doesn’t break you heart, you may need to ask for a new one (Ezekiel 36:26).

When it all boils down, what American discipleship really fosters is a Christian conversionism culture that leads to a faulty belief that if you prayed “the prayer” one time at camp and cried a lot after, you’re good to go.  It doesn’t matter that you got to second base with a girl behind the snack bar right after.  The problem is neither Jesus nor the apostles after him were interested in creating converts.  They made disciples.

Don’t misunderstand me.  The goal of discipleship is the same across the board.  The goal is belief coupled with correct behavior.  The Bible is clear that those two things indicate regeneration and salvation.  However, the issue the church is facing today is we are demanding right belief and right behavior without offering a context for those two things to take place.  Jesus begins by offering a place of welcoming so that there is a context for behavior and belief.

Consider the story of Rosaria Butterfield.  She was a radical lesbian feminist activist and tenured English professor at Syracuse University who was invited over to a local pastor’s house for dinner.  Because of an open home and honest conversation, a friendship emerged between the two of them and in that context, over the course of many years, she came to faith in Christ.  Hear her entire story here.  You can also check out her (fantastic) book here.

“Are we willing to invest everything we have in order to play the ‘long game’ so that someone might meet Jesus?  Or are we so concerned with the number of people we ‘led to Christ’ this week, that all that matters is if they prayed ‘the prayer?’ ”

“Is my church a place that demands belief before offering belonging?  Or is it a place that offers everyone a place to belong so that they can learn to behave and believe.”

“Make disciples of all nations teaching them to obey what I commanded.” – Jesus