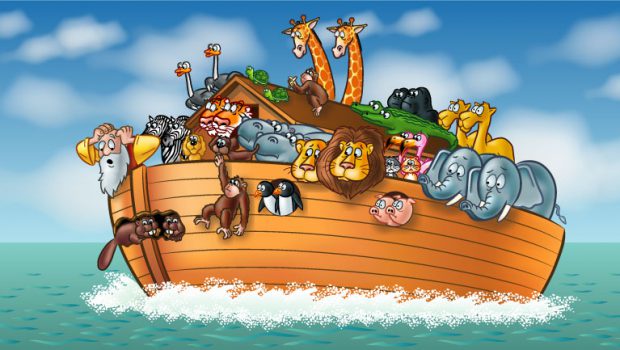 Quite a bit of internet ink has been metaphorically spilled over the issue of Darren Aronofsky’s Noah epic set to premiere at the end of this month.  What concerns me isn’t that Christians are offering an opinion on Hollywood’s presentation of a Biblical story.  What does concern me is majority of the people who have done the spilling haven’t done any watching.  Despite a handful of exceptions, I know of very few reviewers who have actually seen this movie.  So what you won’t hear in this post is how terribly unbiblical this movie is and how you should avoid it like you should avoid ‘Fresh Seafood’ in Kansas.  You also won’t hear me tell you how accurate and helpful this movie is either.  Until I view the movie personally, I won’t utter a word about it’s benefits or shortcomings.

I will, however, share briefly what I know as fact.

If you are dead-set against seeing this movie, then celebrate your freedom in Christ to not participate and go outside and enjoy a spring day.

However, if you desire to see this movie, be an informed viewer.  Make sure the blogs and articles you read are written by those who have seen the film.  (I would recommend these two.  They are 5 Positives and 5 Negatives of the film written by Dr. Jerry Johnson, President & CEO of National Religious Broadcasters…someone who has seen the film.  Or even this one in which Darren Aronofsky and co-writer Ari Handel do an interview with Christianity Today about their thoughts behind the movie.)

And, if you desire to express your opinion about the content, before you consider promoting it or slamming it, make sure you see it.

Update: Here is another great article from The Gospel Coalition written by a Gregory Alan Thornbury who was privileged to see a private screening of Noah with an open dialogue with Aronofsky and Handel before and after the film.