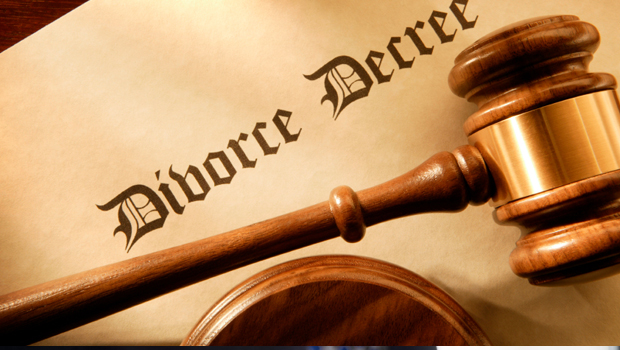 I wish not to be so liberal that the door is open to anyone anywhere in any condition to fill the pulpit.  Alternatively, we should also not be so Pharisaical that it raises the bar to a point where it is almost impossible to qualify.

One point of contention in churches regarding the qualifications of a man to fill the office of “pastor” is divorce.  And the go-to verse to settle such decisions is found in 1 Timothy 3:2, “An overseer, then, must be above reproach, the husband of one wife…”

In this passage, the Apostle Paul is pointing out qualifications for an elder/pastor in the structure of the church. The part that is in question by some and hotly debated by others is “the husband of one wife…” (1 Timothy 3:2).  Below are the thoughts and conclusions I have come to after studying and researching the matter.

For the purpose of integrity and full disclosure, I’ll offer my background so that there is no underlying questions of where I come from.  I am divorced.  I married when I was very young and also unregenerate.  As most marriages not built on a foundation of Christ fall apart, so did mine. After my conversion, I remarried and will celebrate 11 wonderful years of marriage with my wife this year (2016).

This was in my past, forgiven, under the blood – or so I thought.  While attending a Southern Baptist Church where I led worship and preached as needed when my pastor was away or taking a Sunday off, I began to explore the idea of planting a church.  I was given the nod and even put through church planter training.  I then spent many meetings with what the West Virginia Convention of Southern Baptists (WVCSB) calls a Church Planting Catalyst (CPC).  The CPCs were appointed to different regions and oversee those desiring to plant new churches.  While going through this process my desire to serve the Lord in that capacity was extinguished as leadership at the state level changed.  The men who took over used divorce, even a pre-conversion one as in my case, to disqualify – even though there is no such condition at the national SBC level.

The hypocrisy of the WVCSB is something of a spectacular level.  While they pulled any promised funding and disqualified men with a divorce, they would embrace said man should a church decide to appoint him as pastor.  (They’ll still gladly accept monetary contributions from SBC churches regardless.)

One consideration when reading this passage is the way we interpret it.  The idea is to be honest and thorough.  I wish not to be so liberal that the door is open to anyone anywhere in any condition to fill the pulpit.  Alternatively, we should also not be so Pharisaical that it raises the bar to a point where it is almost impossible to qualify.

That said, there are a handful of interpretations on this passage.  Some stand up better than others.  I believe that when we interpret scripture we should look at the obvious and not try and squeeze our desires, pragmatism or philosophy into it’s intended meaning.  The two competing views in question here are 1) a divorced man cannot ever serve in the office of pastor/elder/overseer under any circumstance (before or after regeneration) and 2) the phrase “husband of one wife” is in the present tense, thus nullifying a previous divorce as a denial factor.

Here are my thoughts on why I believe the second position is the correct interpretation:

Though I’m far from a scholar in the Greek language or grammar, a quick search will show one the just before the “husband of one wife” remark, we see the phrase “An overseer, then, must be above reproach,…”  The word “blameless” or “above reproach” is in the present tense of the Greek used.  This poses two impossibilities for the very conservative brethren who hold to position #1.  First, how do you write a sentence about multiple subjects and refer to all but one in the list in the present tense with the same verb?  Second, and perhaps more problematic, this contradicts the fact what we are “dead in our trespasses” (Ephesians 2:1) before we are regenerate.  If we logically follow this line of thinking, we are in opposition of the idea that before regeneration, we’re spiritual failures (which is clearly taught throughout scripture).

Another issue those in the position #1 camp have to deal with is the duplicity of the effectiveness of the Holy Spirit in the light of the doctrine of total depravity.  To say that a man who is divorced is never suitable to serve as a pastor/elder/overseer would require the impossible or teach a view that man can be morally good enough in his own state by his own will devoid of the power of the Holy Spirit until such a time of regeneration.  It is as if the candidate is expected to have the fruit of the indwelling of the Holy Spirit before he actually is regenerate and gets the indwelling of the Holy Spirit! Or that there is some sense of good in man before conversion.  This is antithetical to the doctrine of total depravity and ironically is blatant submission to the Arminian culture in Christianity today.

If one were to hold to position #1, even in the case such as with myself who was divorced before conversion, he would have to be honest and apply the same standard to every other attribute on the list.  So, by holding to position #1, we are implying that we know the mind of the Apostle Paul and that he was in fact addressing the candidate’s pre-Christian life. Let’s see how that holds up when we apply that understanding uniformly to the whole verse.

Do we believe “husband of one wife” means he must always, even as an unbeliever, have had no more than a total of one wife in his lifetime?

I submit this excerpt from Randy Alcorn:

Do we believe “husband of one wife” means he must always, even as an unbeliever, have had no more than a total of one wife in his lifetime?

Does it make sense to judge a person for their life as a pre-Christian vs. their life as a regenerated believer? If so, is there scriptural support this idea?  I believe the answer is “no” and “no”.  The two are completely separate.  Would Paul’s ministry have been viewed differently if he had committed the murders after conversion?

For every sound teacher that God has placed in our lifetime on one side of this interpretation, there are just as many sound teachers on the other.  Here’s an excerpt of a church’s requirements for leaders.  (Emphasis added to names)

In stating my position, let me be clear that I understand that Jesus hates divorce in any case. Furthermore, I understand that someone wanting to serve in ministry, especially in the pastorate, with a divorce in their past sends up a red flag considering the requirements of the word of a believer and his wife/family (Ephesians 5:25-28, 1 Timothy 3:4-5).  However, when discussing a person with a divorce in the pre-regenerated state, other considerations may show the legitimacy of that man’s claim.  How has he handled responsibilities from the previous marriage before conversion? Are their any scandalous circumstances that would affect the public view of Christ should he become a pastor related to it? How is his marriage since conversion? Is his house in order? Does he serve his family in the capacity of priest, prophet, protector and provider?

To say that one is disqualified from ministry based on their pre-regenerate state is a tragic error that some of the brethren have made.  I say tragic because of some godly men are shunned from serving and furthering the Kingdom with their God-given gifts, all for the sake of legalism and misinterpretation.  Perhaps even more tragic, it makes those who hold to position #1 appear to take the power of regeneration of the Holy Spirit and its authenticity lightly.  Thus placing them on the edge of hypocrisy when they preach of total depravity and the supposed power of redemption in the blood of our Savior Christ Jesus.  If Christ’s regenerating power wasn’t powerful enough to make me a “new creature” (1 Corinthians 5:17) and make the old pass away, then I must question if it is powerful enough to save everyone, lest divorce becoming the other unpardonable sin next to blasphemy of the Holy Spirit (Matthew 12:31).

It would be dishonest or disingenuous for someone to say you could read “the husband of one wife” and get the exclusivity of position #1 out of it without pressing a presupposition into the meaning of the text.  Paul could have used the Greek word “afiemi” (ἀφίημι) if he intended to prohibit previously married men, yet he did not. It is very dangerous to be spoken and create rules from the unsaid in scripture.

I have sought out counsel from men (some in SBC, some who have internationally known ministries) who have been shepherding longer than I’ve been a Christian, and not one agrees that this is a cut and dry disqualification.  Until such a time arrives to fulfill this desire of service, by God’s grace I’ve discovered a love for open-air preaching (commissioned by the elders of my church) on the streets with many who would not be welcome in most churches on Sunday.

I’ll close with this from D.A. Carson:

The Bible certainly warns against divorce in many ways. But it is also very important not to make divorce the worst sin on the horizon, the unforgivable sin, the sin against the Holy Spirit. Some have tried to impose a prohibition against anyone becoming a minister of the gospel who has ever been divorced at any time in his life. So he might have been a murderer, and then paid his debt to society, got out of prison and been converted and become a minister of the gospel. But if he’s been divorced, he can’t enter the ministry – which somehow projects an image of divorce as the unforgivable sin. Where divorce does disqualify a person from ministry, it seems to me, is bound up with a category we’ve already discussed: an elder “must be blameless.” It’s a credibility issue; or, again, a little further on, “he must be able to govern his own house well.” You worry about someone whose life has cracked up in his marriage, and then three months later, he feels he’s qualified to be back in ministry. He has repented, after all, and the gospel is all about forgiveness, isn’t it? Clearly the Bible has something more stringent to say than that. Divorce is not the ultimate sin, nor is it the unforgivable sin, yet it may disqualify a person for ministry precisely because it destroys so much of a person’s credibility, it destroys so much of his believability. There is more I could say, but divorce simply is not what this qualification is about.